How've the networks been doing covering gay rights in Sochi?

"Nightline" will be covering gay persecution, while "Meet the Press" enlists Andy Cohen and Brian Boitano 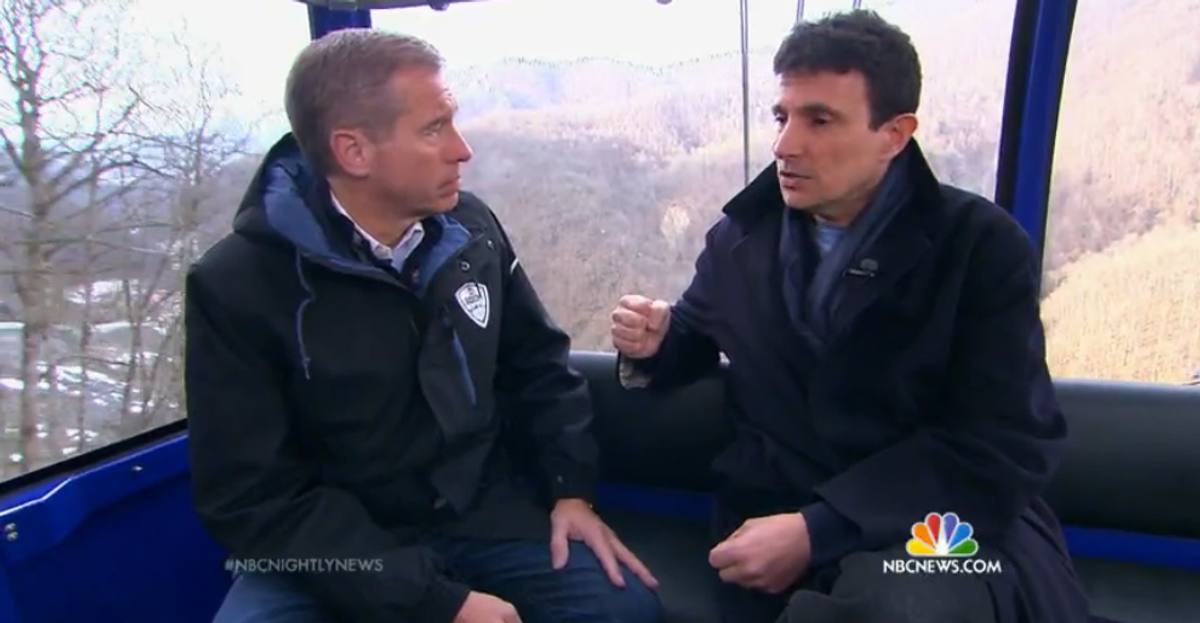 As many might expect, NBC's coverage of the Olympics has tended towards the sunny and fun, especially when it comes to antigay human rights abuses -- though it's slightly harder than one might have expected.

NBC's "Nightly News" had limited its coverage of the antigay human rights abuses in Russia -- tending towards coverage of the excitement of the Olympics, Americans' victories and defeats, or problems Russia faces not specifically tied to the thorny gay issue. They have yet to broadcast a segment during the Olympics dealing with gay rights in Russia specifically, though they did air a piece on Vladimir Putin's $50 billion bet on the Olympics recently, featuring an interview with New Yorker editor David Remnick, who mentioned gay rights. Though politics are off-limits during the coverage of sports (just look at out gay skater/broadcaster Johnny Weir's attitude about covering politics vs. just sticking to figure skating), Remnick's presence may have been a surprise for those who thought his engagement with NBC might end after an opening ceremony during which the editor was one of several voices.

NBC is the only network with the right to broadcast footage from Sochi, which necessarily has determined the tone of its coverage -- it gets more access to sports, but also has limited time to cover other issues in modern Russia. How much they even ought to is a question up for debate, especially when other NBC News assets, like the Washington-based "Meet the Press," are covering the issues. "Meet the Press" is featuring former figure skater Brian Boitano and, oddly, Bravo talk-show host Andy Cohen in a segment this Sunday on gay rights and the Olympics. It's easier to focus on the big issues surrounding the Olympics when one isn't bogged down in the minutiae.

Or when one doesn't have the rights to the Olympics; ABC News (which made headlines for "Good Morning America" getting more viewers than NBC's "Today" despite lacking sports footage) is airing on "Nightline" tonight, with an excerpt airing on "World News with Diane Sawyer" earlier in the week. While by and large the CBS and ABC newscasts have aired fewer segments on Olympic sports, tonight's segment is a sign that you don't need access to the sports in order to report out the issues. In particular, the excerpt's marquee placement amid on the evening news is proof you don't need to pander, or have broadcast rights to the games themselves, to win on the issues.