The 7 best songs about pizza ever recorded

Yes, pizza rock is a genre! Sample its delicious history below 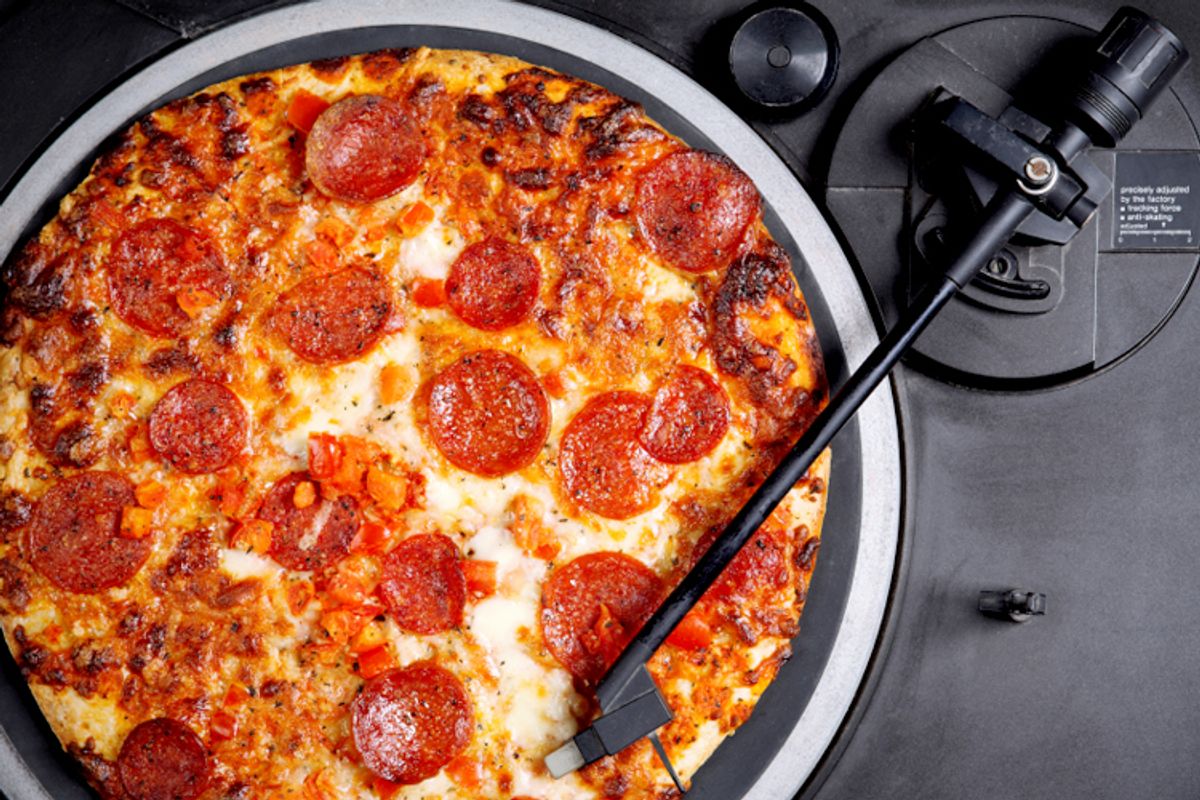 Macaulay Culkin recently made headlines by forming a band. No mere Keanu Reeves-style vanity project, either. Culkin and his pals play in a Velvet Underground cover band that reworks the Velvets’ scuzzy proto-punk classics into tunes about pizza. They are called, appropriately, The Pizza Underground.

“I’m waiting for the Delivery Man,” “Cheese Days,” and “All the Pizza Parties” are great for two reasons. One, they serve as proof that child stars can grow up to have a very sharp sense of humor and an awesome ponytail. Second, these songs also act as a gateway into what most critics consider the most important musical genre since the blues. I am speaking, of course, about Pizza Rock.

Here are seven songs that tell the unofficial history of Pizza Rock.

Experts will someday call this “The Year Pizza Broke.”

While the curious Sicilian dish known as pizza has been a staple of Italian neighborhoods for decades, it is relatively unknown to mainstream America. Once GIs return from World War II’s Italian theater with a taste for dough and cheese and tomato, business begins to boom.

The ever-tactful, patient recording industry — never one to jump haphazardly into a trend — wisely waits more than a decade after the War to release its first Pizza Rock anthem. Lou Monte, the Italian-American crooner known for culturally sensitive material like, “Shaddap you face,” becomes an overnight sensation as Pizza Rock’s ambassador with “Pizza Boy USA.”

Norman Fox and the Rob Roys quickly become the most mysterious band in Pizza Rock. These Manhattan doo-wop upstarts earn one charting hit and this ain’t it. The result is Pizza Rock’s first bona fide cult record. It will go on to become a crate-digging treasure for years, fetching prices at auction that could pay for several pies from Domino’s.

Due to its vast cultural importance and total lack of commercial appeal upon release, “Pizza Pie” is dubbed the "Funhouse" of the margherita set. It soon becomes pizza parlor folklore that everyone who heard “Pizza Pie” went on to form a Pizza Rock band themselves. Fox’s cryptic lyrics, such as, “when they put me six feet under/I wanna take a pizza pie” leave a riddle scholars will puzzle over for decades.

According to reports, people stopped eating circular suppers for about 40 years. How else can you explain the total lack of noteworthy Pizza Rock recordings during this time? For example: Jefferson Airplane, Otis Redding, Led Zeppelin, Joan Baez, Soundgarden and even Bobby Brown avoid writing tunes about pizza throughout this dark span of Pizza Rock history.

Collectively known as “The Year Pizza Broke Again, After a Long Hiatus,” Pizza Rock returns stronger than ever to close out the century. This rejuvenation in the pepperoni arts is credited to "Full House" stars Mary Kate and Ashley Olsen, who shock the Pizza-averse public by demanding America give them pizza.

Sensing an opportunity to capitalize on teenagers’ unexpected interest in pizza, visionary marketers at Pizza Hut snap up every high school girl’s dream band, Ween, and commission them to write a jingle. Curiously, “Where’d the Cheese Go?” remains Pizza Rock’s lost classic, akin to the Beach Boys’ often bootlegged "Smile," as the restaurant chain never releases the song. All that remains are snippets heralding the 21st century’s first pizza innovation: The stuffed crust.

The Pizza Rock revolution is in full swing, and much like the first chef to put BBQ chicken on a pizza, a little crossover is inevitable. Rappers, too, prove to be mozzarella fans. But the rhyming revolution demands a leader. Who better to serve up a slice of raw, urban, sausage and anchovies-inspired hip hop than… that dude from Vampire Weekend? Yep, Ezra Koenig’s old band L’Homme Run and their song “Pizza Party” drop some scholarly insight about getting high and eating calzones while speaking French.

The teen pizza shuffle continues into the new millennium with the Disneyfied rock band the Jonas Brothers. Adding a poetic spin to the history of Pizza Rock, the lads dig out their thesaurus and compare the love of a good woman to their equally hot lust for pan pizza — a trend that has been a constant over the Pizza Rock decades.

After nearly 50 years as a potent force in the music business, Pizza Rock hits its peak. Never before has an artist devoted their entire songwriting energies solely to the slice. Enter Personal and the Pizzas. Long before the Pizza Underground makes waves, these pizza punks draw up the template for total dedication to the artform. (Side note: According to Spin, the band is not on good terms with Pizza Underground.)