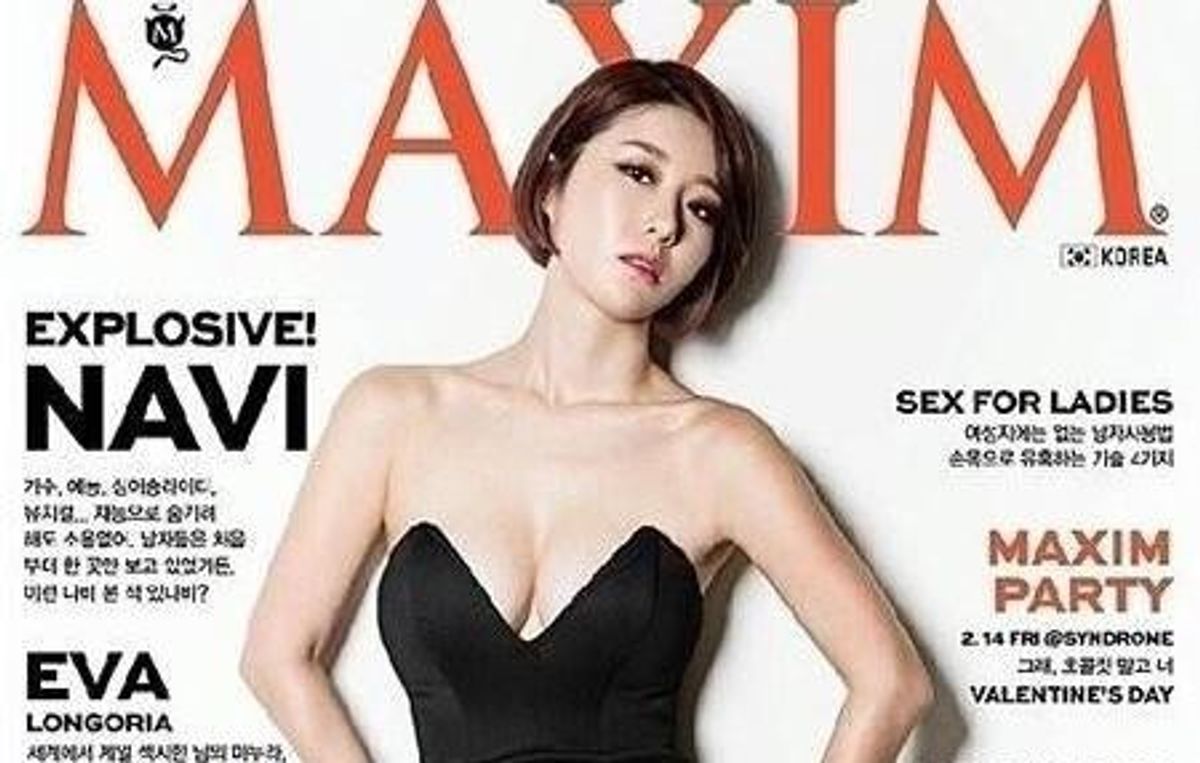 Let me rephrase that. What is unusually wrong with this Maxim Korea cover?

Can't read Korean? That bit circled in red reads, "How to date Japanese women who haven’t been exposed to radiation."

An inflammatory headline, to say the least, and one that Korean readers were quick to point out as inappropriate given the sensitive nature of Japan's continuing recovery after the 2011 tsunami and Fukushima disaster.

Japan's media caught wind of the controversy this week, and the rest is viral history.

The original article on Japan Today has been removed, but we've captured the cached versionfor you.

Maxim Korea's editor-in-chief said the article, in the February issue of the magazine, was about how to get a Japanese girlfriend, regardless of her exposure to radiation, and he apologized (sort of) for preying on readers with an egregiously provocative headline.

“The recent brash remarks coming from Japan concerning Dokdo/Takeshima and the island dispute (the International Court of Justice case), Prime Minister Abe’s visit to the controversial Yasukuni Shrine, and the issue of comfort women, have unintentionally caused us to make a mistake.”

"I will apologize for a second time to the many Japanese who harbor amicable feelings towards South Korea and continue to wait for the correct resolution to Dokdo/Takeshima and other historical problems. I wish to thank the readers who reprimanded us out of love.”

Japan and Korea have a number of disputes that periodically flare up, and the man succeeds in naming three of the most prominent: the Japanese PM's visits to the Yasukuni shrine, Japan's claims over South Korea's easternmost Dokdo islets, and the so-called Korean "comfort women" forced into prostitution in Japan during WWII.

Take your pick, Japanese netizens. And they did, here are a few choice responses.

“The idiot insults Japanese people a second time by giving excuses within the apology. It’s incredibly insensitive for him to apologize only to those Japanese who believe in the fabrications of South Korea.”

“I’m amazed that the mass media is able to link any article to anti-Japanese sentiment, regardless of what the incident is.”

And if not a reprimand out of love, certainly a plea from the heart:

“I’ve gotten tired of looking at these ridiculous stories day after day. I’m begging you, please just ship everyone off to Mars.”