"I can imagine he must feel, ‘Gosh, I wish we could move that quickly,’” Spacey said of the president 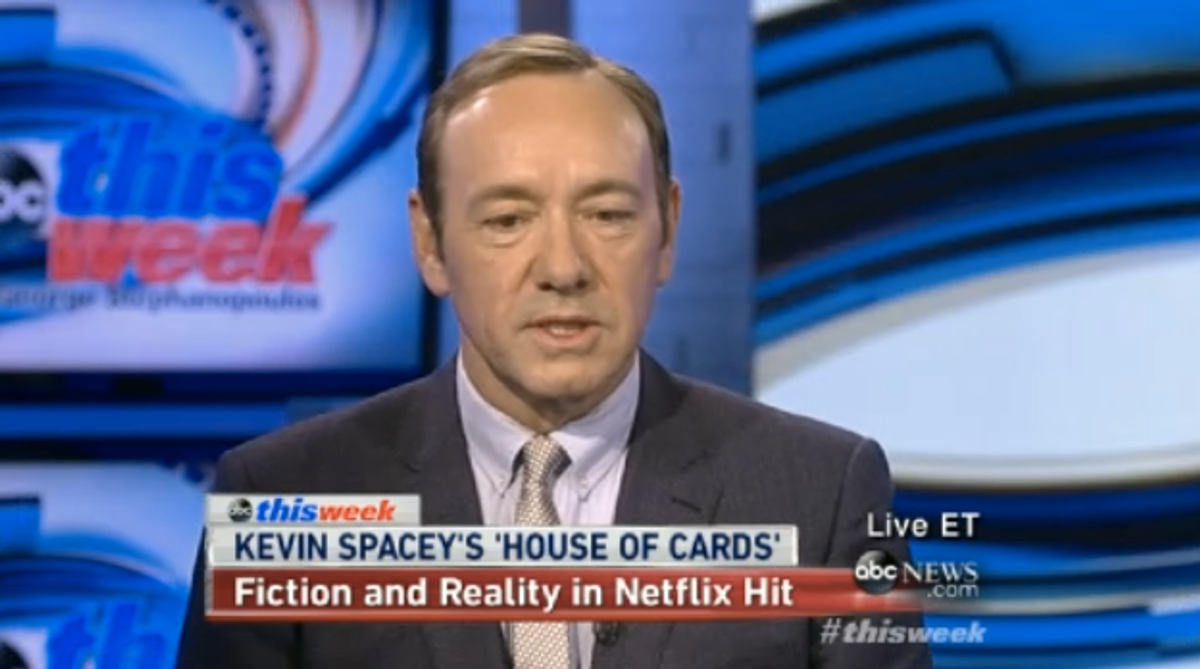 Actor Kevin Spacey made an appearance Sunday morning on ABC's "This Week," where he told George Stephanopoulos that President Obama, a "House of Cards" fan, "must wish" he could be as efficient as Frank Underwood.

“It does seem,” Stephanopoulos told Spacey, “like even President Obama has a little bit of Frank Underwood envy, the ruthlessly efficient Frank Underwood.”

“I can imagine why he would,” Spacey replied. “I’ve thought actually over the last year it must be really interesting for not just an American public, but people around the world to view a very effective Congress that gets things done. And so I can imagine he must feel, ‘Gosh, I wish we could move that quickly.’”

Spacey doesn't actually have to imagine too much about the president's Underwood envy, since Obama recently acknowledged he felt as much.

In a December meeting with Netflix founder Reed Hastings, Obama remarked, “I wish things were that ruthlessly efficient ... this guy’s getting a lot of things done.”

As Spacey and Stephanopoulos noted, a number of members of Congress have also said they admire Underwood's sociopathic approach to politics, which ... cool?