Mitt Romney: "I don't think Bill Clinton is as relevant as Hillary Clinton if she decides to run for president"

Romney thinks the GOP should focus on Clinton's record when building a case against her presidency. Sound advice! 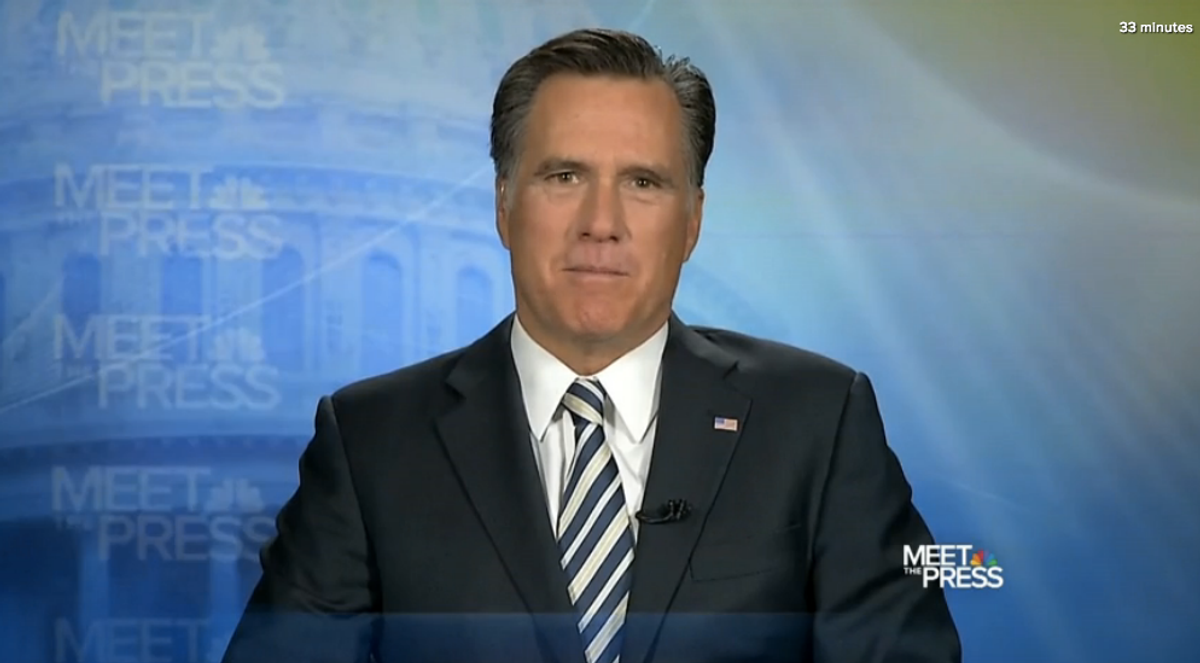 Mitt Romney appeared on "Meet the Press" Sunday, where he told his fellow Republicans, "I don't think Bill Clinton is as relevant as Hillary Clinton if she decides to run for president."

Clinton "has her own record and her own vision," Romney continued.

Only in the context of Rand Paul and other Republicans' bizarre fixation on Monica Lewinsky in the run up to 2016 could such a breathtakingly self-evident comment be hailed as a necessary corrective, but here we are nonetheless.

Romney, in his infinite wisdom, advised his party to focus on Clinton's record as a senator and time as secretary of state when building the Republican case against her presidency. "I think Hillary Clinton, if she becomes the nominee, will have plenty to discuss about her own record," he said. "I don't imagine that Bill Clinton will be a big part of it."

Because he is full of such good advice, and perhaps because enough time has passed since his last presidential defeat that the public has forgotten about the terrible policies he supports and his disdain for (at least) 47 percent of the country, talk turned to a potential future bid for the White House.

"I'm not running for president," Romney replied. "I think by and large people who lose a presidential race, well, they step aside."

What a guy, what profound insights.