The tyranny of the "bad mother": Slacker moms are just as intimidating as perfect ones 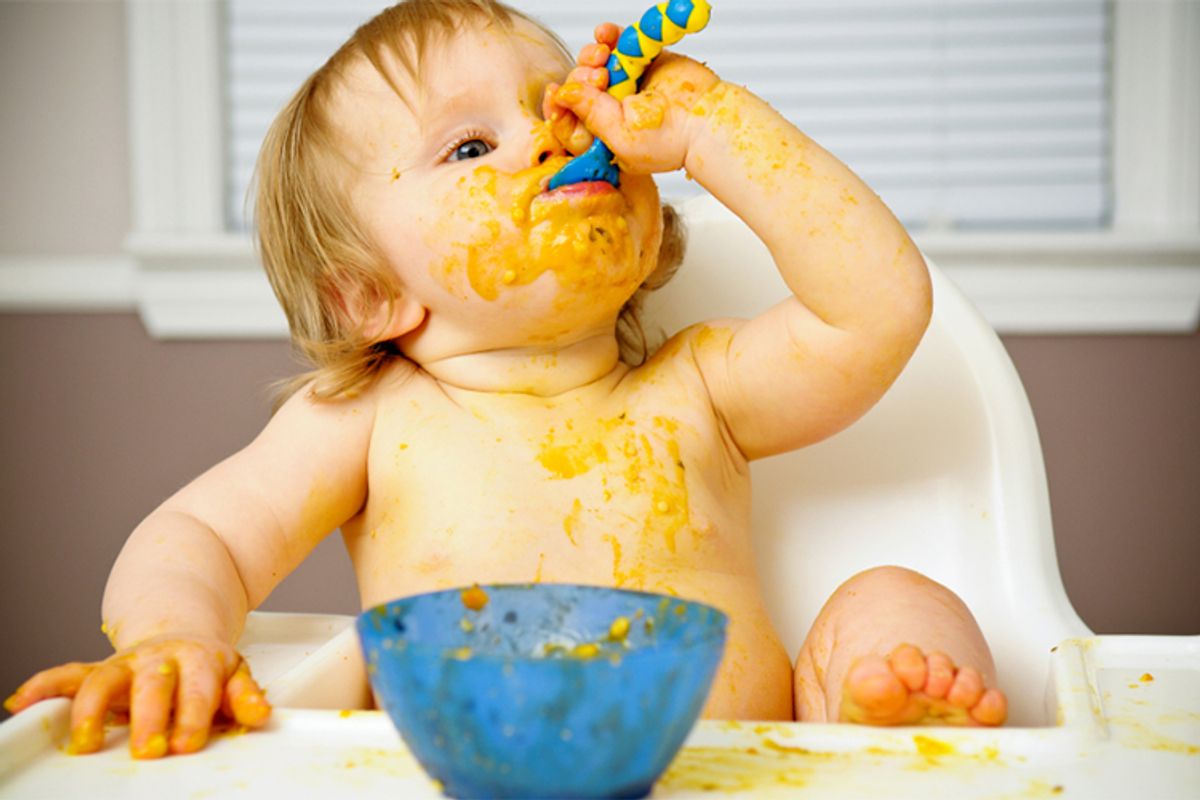 The fact that parents aren’t quite as happy as we want to be is a widespread concern these days, one that has propelled Jennifer Senior’s new book on the topic, “All Joy and No Fun,” to the top of the Amazon bestseller list. In our struggle to figure out what is going wrong here, many of us take aim at the “good mother myth” -- the idea of that phantasmic perfect parent whose 4-year old learns Mandarin as he suckles her breast and whose kids’ hands have never touched anything made out of plastic. Today’s “good mommy” projects a vision of motherhood that requires an unprecedented amount of calm, focus and dedication, creating a standard that many of us either can’t, or refuse to, live up to.

Amid this struggle to reject the good mother, her naughty twin sister, the bad mother, has emerged. Born in the sanctimommy’s shadows, the bad mother is everything the perfect breast-feeding, plastic-avoiding mom is not. Bad mommies don’t obsess over things like screen time or nap schedules, they sometimes choose adult conversation or sex over being with their kids, and they don’t feel guilty for serving rotisserie chicken and non-organic broccoli three nights a week.

In the beginning, bad mommy was gritty and sometimes off-putting, but overall she offered a more realistic parenting model than the good mommy, and so she took off on mommy blogs and in the hearts of conflicted mothers across the nation. It wasn’t so much hope that the bad mother represented, but rather relief for moms who were sick of feeling judged by good mothers. But then the bad mothers started getting a little judgey themselves.

In her bestselling book “Bad Mother,” Ayelet Waldman puts all her cards on the table, from the boredom at music class and the choice to terminate a pregnancy, not to prove that she was actually a bad mother, but instead to show that despite it all she was actually a good, albeit complex, one. Her readers, she implied, probably were too. Waldman’s “bad mother” wasn’t a correction to the “good mother myth” so much as a surrender to the whole bottle vs. breast, stay-at-home vs. working, co-sleeping vs. sleep-training fighting that fuels the mommy wars. If only all bad mommies were like Waldman.

Instead, today’s bad mommies are as smug, and even sometimes smugger, than those good mommies they aimed to resist. These parents, products of a culture that thinks it is just so hilarious to tell parents to “Shut the Fuck Up” while telling their kids to “Go the Fuck to Sleep,” are the new santcimommies. These women take real delight in being the “worst mom in the world,” “scary mommy,” the “world’s worst mom,” “bad mom” and  “bad mommy.” Most of these women don’t really consider themselves bad moms (I doubt anyone who writes regularly about being a “bad” mom could really possibly be one), but instead take the position as a way to assert their superiority to the “good ones.”

I know how these bad moms work, because I’ve been one too. Last year, my son’s first, I delighted in informing others that I didn’t worry about sleep schedules, the fact that he was bottle-feeding, or whether he was hitting his milestones.  Ignoring the fact that I was blessed with a pretty easy kid, I would casually flick my wrist and gently roll my eyes when explaining to stressed moms that I just didn’t get worked up about these things. And then, concerned I was coming off as inconsiderate or pompous (which I kind of was), I would then excuse myself by saying I was a bad mother.

Now were the moms I was talking to a bit too wrapped up in the good mother myth, with all their fretting about breast is best and crying it out? Probably. But I doubt my bad mother response provided any relief. I’ve been on the other side, been “bad mothered” myself when expressing a parenting concern, and it was neither helpful nor comforting. Before my son hit the 6-month mark I was hesitant to take him out too much, fearful he would catch something. When a friend responded by telling me how she refused to be stuck inside for the sake of her newborn and instead took her kid everywhere, I felt dumb. And inadequate. I just wasn't "bad mommy" enough.

The issue with all this bad mothering, besides the culture of reverse bullying it has created, is that it doesn’t do much to undo the good mother myth that it was set up to squash in the first place. Instead, the good mommies remain good mommies, the bad mommies remain bad mommies, and the rest of us are trapped in the same dualistic thinking about motherhood that goes all the way back to Eve and Lilith. Nor does all this bad mommying do much to prevent the mom-policing done by certain conservatives to women, most recently Wendy Davis, who don’t fit their idea of what a good mother is. If anything, it helps support their self-sacrifice-is-good-and-anything else-is-bad line of thinking.

This isn’t to say we didn’t gain anything from the bad mother. The spirit of confession she brought, the invitation to reveal our deepest doubts and frustrations, has surely benefited many women who felt suffocated by the mother mystique. But now we need to take that slightly selfish, sometimes bored and occasionally uncaring woman and just call her a mother. Not good, not bad, just mom.