The world is right to hate us: Arrogance, ignorance and obscene foreign policy

This White House was supposed to be different. But our arrogant foreign policy has been the same since the 1950s 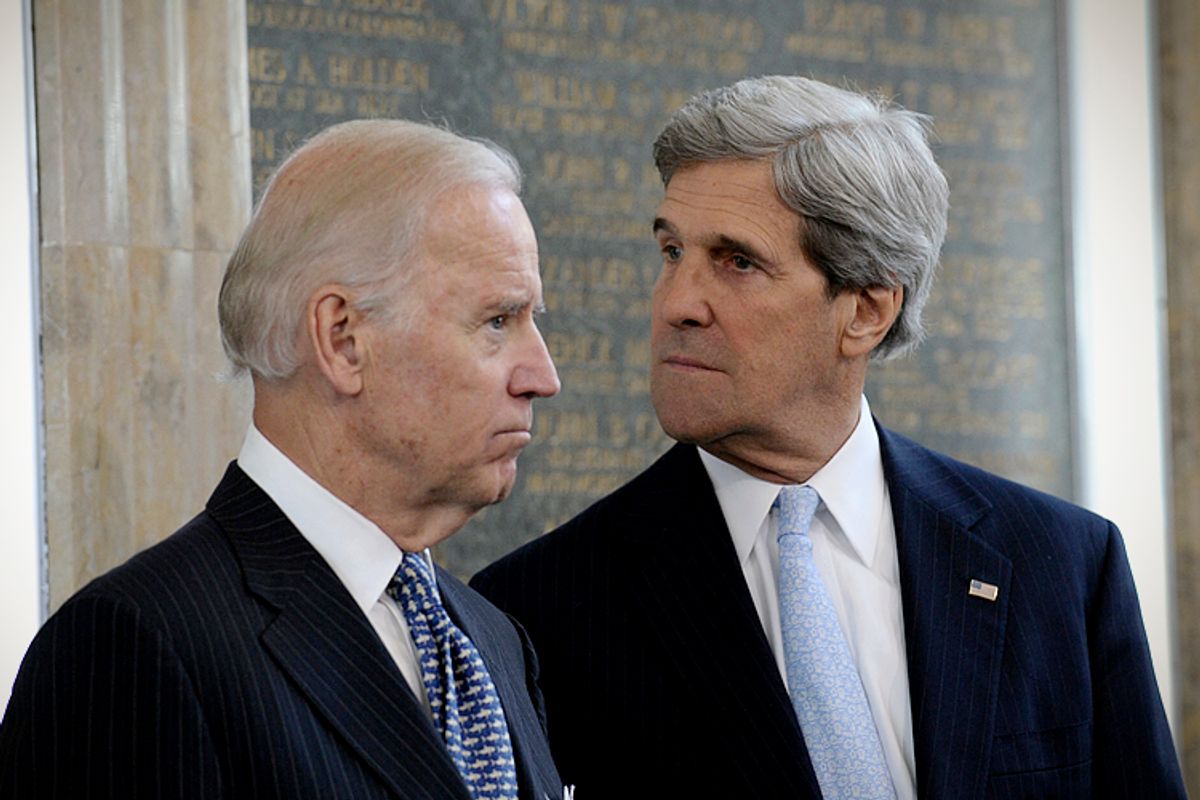 Every time we overhear American diplomats talking when we are not supposed to, the conduct of American foreign policy sounds stupider and less imaginative. You step back and say, No wonder America’s relations in the Middle East and across both oceans have deteriorated since the Berlin Wall crumbled to the point they are now a probably irretrievable muddle.

The latest lifting of the lid occurred just the other week. And this one is a doozy — better than some of the tidal wave of stuff Chelsea Manning gave WikiLeaks for release in the summer and autumn of 2010.

This time we are in Kiev, and we get to hear two American diplomats talking about Washington’s plan, already in motion, to install a client regime in the Ukraine. The operational detail is astonishing.

The two State Department hacks are Victoria Nuland, assistant secretary for European affairs, and Geoffrey Pyatt, the Obama administration’s ambassador in Kiev. Both are foreign service careerists, and it shows: They are ready to disrupt the Ukrainian political process with subterfuge and manipulation that are of a fine Cold War vintage.

Readers may be familiar with the four-minute audio clip, which YouTube disseminated last Friday. The thing went fairly viral, mostly because of Nuland’s X-rated recommendation for the European Union, which also takes a lively interest in Ukraine these days. The Europeans, she told Pyatt, should be shoved aside with what in another context would be called the act of love.

“No, exactly,” the sycophantic Pyatt replies without missing a syllable.

Well, yes, exactly. The sailor’s language is surprising, and maybe a little fun to find in an exchange of supposedly sophisticated diplomats. But anyone titillated by Nuland’s vulgar tongue more than very briefly misses the point entirely.

Radoslaw Sikorski, Poland’s foreign minister, quickly tweeted as the recording spread around the world, “Critics of @VictoriaNuland worldwide: let him who has never used strong language in private cast the first stone.” This is the point. Forget that stone. There are others to cast.

A little background. As a republic in the old Soviet Union, Ukraine has been restless within its economic and geopolitical political confines since it declared independence in 1991. There is a desire to shake free of the ancien regime in favor of freer markets, a more liberal society, and so on.

Last year President Viktor Yanukovich was in negotiations with the European Union for an extensive trade agreement, to be signed in tandem with an International Monetary Fund bailout. It would have been the key moment of departure for Ukrainians: They would walk away from their post–Soviet inheritance and enter — tentatively at first, maybe more later — the West European orbit.

Then Yanukovich pulled an abrupt volte-face, turning back to Moscow and a $15 billion bailout package President Putin dangled. And this is when protesters against the Yanukovich government, as seen and described in the world’s media daily, began to fill Kiev’s streets.

It is plain what happened. And demonizing Yanukovich is a distraction. Numerous of his opposition are oligarchs of the new Russian model, in it for the opportunity. Yanukovich was all for the break with Moscow, but Ukraine could not afford it. The EU’s offers came with too many conditions and amounted to small fractions of Putin’s; they did not address an economy in critical trouble.

A Reuters correspondent, Elizabeth Piper, produced  a superb blow-by-blow account of Ukraine’s predicament late last year. In it she quoted Volodymyr Oliynyk, a close ally of the president. “We go one way to Russia and we get hit,” he said. “We go the other way, to Europe, and we get hit. We stand still, and we get hit.” And then, referring to the turn back to Moscow: “But it will hurt less this way.”

It is persuasive. Look at the numbers Piper cites. Read the EU conditions, some of which were spiteful and without point other than to cultivate euro-tilted political tendencies, an intent with no place in a trade and economic package.

There are regrettable things in this. One is the extent to which geography and history can stifle aspirations and ask great sacrifice. Another — and we saw this severally after the Wall came down — there is a tendency in the East European nations to idealize the West, as if Westernizing is the solution to all problems. I see this among the Kiev demonstrators. It is a mistake. Disillusion is never far when people follow this line of thought to its end.

Now we come to Nuland’s remarks to her underling.

The Europeans and the Americans share a goal in Ukraine: The West unites on the thought of undermining Putin’s neo-imperial ambitions and pushing institutions such as NATO up to his doorstep. Here is the departure: The EU proposed doing this by enticing Kiev westward with a carrot surrounded on the dish with sticks, while the Americans wanted to go in directly to exert covert influence in the political process.

Nuland’s language interests me only to the extent it reveals the extraordinary limitations of an influential representative of the U.S. Repeat the phrase a few times, think of who said it and at what moment, and you are forced to recognize it actually stands as a policy judgment.

More interesting by far are the machinations Nuland and Pyatt describe. The American plot revolves around manipulating various figures in the opposition, backing the fortunes of some, keeping others from the table, so inducing some sort of friendly post-Yanukovich government, bent from its very conception.

We arrive only briefly amid a months-long conversation, but the undertaking is clear in outline and apparently not far from getting underway. “I think we’re in play,” Pyatt offers. And:  “We've got to do something to make it stick ... We want to try to get somebody with an international personality to come out here and help to midwife this thing.”

On this last point, Nuland thinks Vice President Biden is the man, and she wants some good U.N. cover in the meantime. “That would be great,” she remarks, “to help glue this thing and to have the U.N. help glue it and, you know, fuck the EU.”

We do not know who recorded these remarks. It is almost certainly the Russians, though neither Moscow nor Kiev has had any comment. And it is unlikely, let us say, that Moscow thought Nuland’s vulgarity was so awful it was worth exposing. The clip is about meddling; this was Putin’s point (assuming it was his point).

There are a couple of good guides through this important audio clip — interestingly, neither supplied by an American. The BBC’s diplomatic correspondent, Jonathan Marcus, gives us an annotated transcript. Another view comes from the Centre for Research on Globalization, an independent think tank in Montreal.

There are take-homes for us in this mess. I find it astonishing that in 2014 Washington fields diplomats executing policies — intrusive, probably illegal, corrupting — that are in essence unchanged since the Dulles brothers — Allen at the CIA and John Foster at State — devised them in the early 1950s.

I find the revelation of ignorance astonishing, too. Look at a map. What good could possible come of an attempt to install a client government on Russia’s doorstep? How could anyone judge this wise — or to hold even a smidge of promise? Equally, the history: Do Nuland and Pyatt and those above them reflect upon how 60-odd years of these kinds of operations have worked out?

I hear a disturbing inability to think or see the world as it is or alter course in those four minutes of YouTube. Foreign policy is pure function now: No need to consider the why or the wisdom of it; ambitious apparatchiks will simply get it done as it has been done before.

In a world busy changing, the nation that cannot change — well, anyone can finish this sentence.