The Koch brother of the left?: Billionaire plans $100 million climate push for 2014 elections 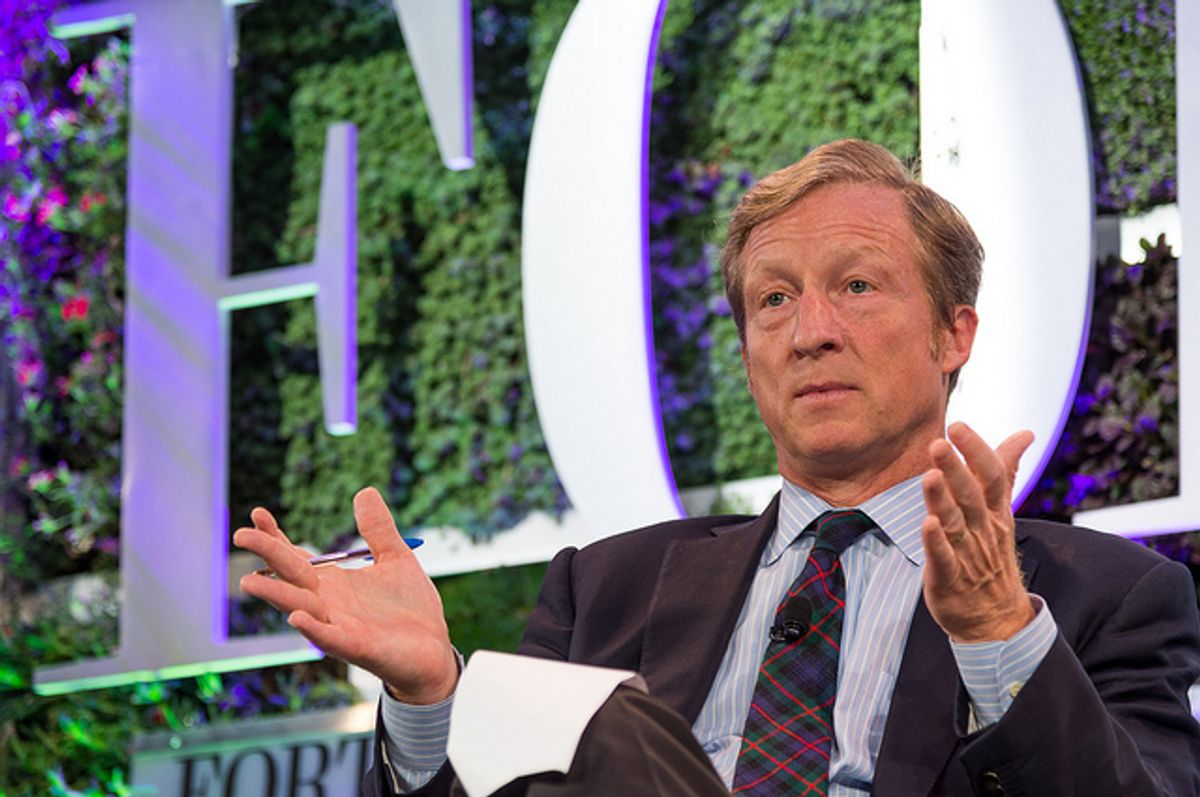 Billionaire Tom Steyer, of the environmental nonprofit NextGen Climate Action, is scaling up the role of climate change in the 2014 elections, with plans to spend as much as $100 million on attack ads against climate deniers and other anti-environment politicians.

Steyer's already demonstrated his willingness and ability to help sway elections -- last year, he spent millions helping Democratic candidate Terry McAuliffe get elected as governor of Virginia on a climate change platform. But this is Koch brother-level political advocacy we're talking about. The New York Times reports on Steyer's recent high-powered gathering at his 1,800-acre ranch in Pescadero, Calif., where he told a group of two dozen potential donors that he seeks $50 million in contributions to match $50 million of his own funds:

The money would move through Mr. Steyer’s fast-growing, San Francisco-based political apparatus into select 2014 races. Targets include the governor’s race in Florida, where the incumbent, Rick Scott, a first-term Republican, has said he does not believe that science has established that climate change is man-made. Mr. Steyer’s group is also looking at the Senate race in Iowa, in the hope that a win for the Democratic candidate, Representative Bruce Braley, an outspoken proponent of measures to limit climate change, could help shape the 2016 presidential nominating contests.

Mr. Steyer also prospected for potential donors on a recent trip to New York City, where he met with aides to former Mayor Michael R. Bloomberg, who has made championing climate change a focus of his post-mayoral political life, but whose own “super PAC” has focused chiefly on gun control.

“Our feeling on 2014 is, we want to do things that are both substantively important and will have legs after that,” Mr. Steyer said in an interview. “We don’t want to go someplace, win and move on.

...Mr. Steyer said there was no fixed budget for his group and declined to confirm his fund-raising target.

“Is it going to take $100 million? I have no idea,” he said, before suggesting that might be a lowball number. “I think that would be a really cheap price to answer the generational challenge of the world.”