What Indiana may tell us about the GOP's marriage equality fatigue 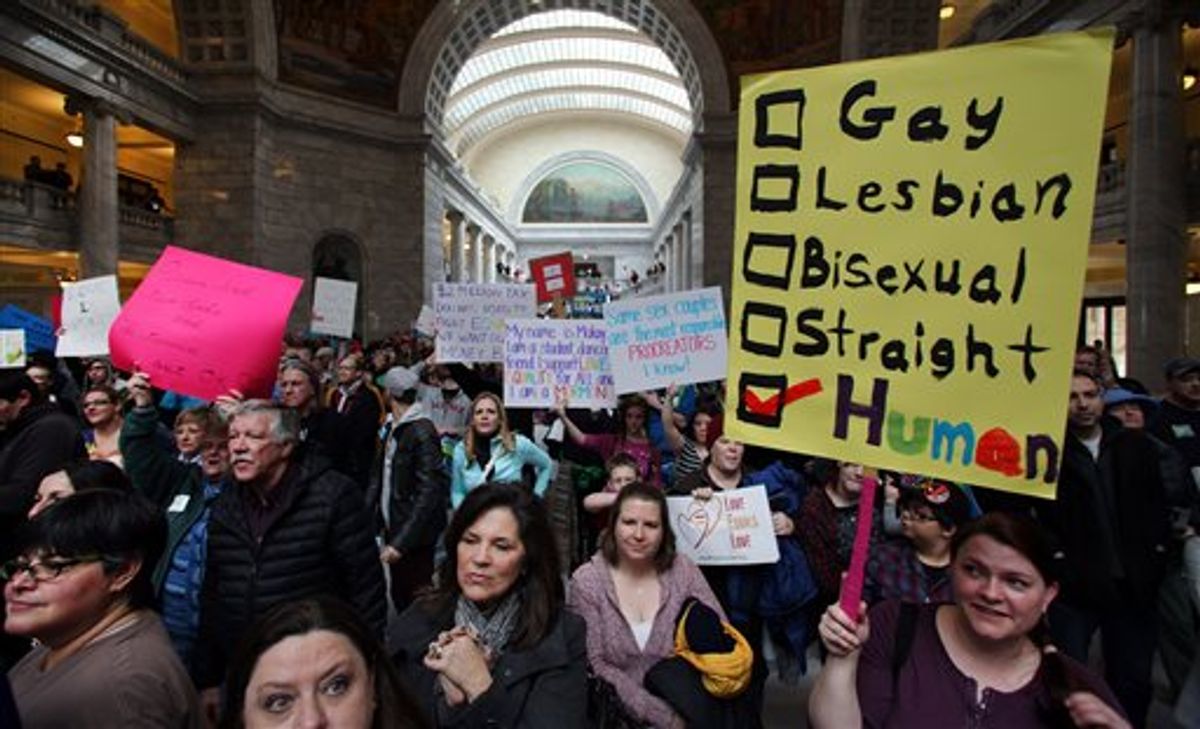 Ted Cruz and Republicans in Utah and Oklahoma may be digging in on their opposition to marriage equality, but they may be (or may soon be) outliers on the issue.

Across the country, states like New Jersey and New Mexico have abandoned the defense of state laws banning equal marriage, effectively conceding defeat on an issue that has the support of a majority of Americans. (And an overwhelming majority of young Americans.)

Indiana's decision to dilute and delay a constitutional amendment banning equal marriage in the state may be yet another signal that conservatives are fatiguing in their fight against equal rights for gay couples who want to get married.

From Monica Davey at the New York Times:

In Indianapolis, lawmakers on Monday again pushed forward a constitutional amendment, but, in a sign of the rapidly shifting political dynamics over same-sex marriagearound the nation, the process turned unexpectedly rocky. In the end, the measure was changed, removing language some supporters considered essential, almost certainly delaying a statewide vote on the matter for at least two years, and leaving the fate of a constitutional ban on same-sex marriage in Indiana uncertain. Amendment opponents declared success. [...]

In January, the measure stalled in one House committee, so leaders took the unusual step of moving it to another committee so it would be sent on to the full House. There, over the objections of some amendment supporters, lawmakers deleted a sentence aimed at banning civil unions: “A legal status identical or substantially similar to that of marriage for unmarried individuals shall not be valid or recognized.”

The shortened measure — now simply a single sentence defining marriage as between a man and a woman — passed the House 57-40, and on Monday the Senate, 32-17. Some supporters of the amendment said they may yet pursue a legal argument that the revised measure be brought to voters this fall. But legislative leaders said the wording change, in essence, started the entire amendment process over, requiring another vote of lawmakers in a future year before it could go on to voters, two years from now at the earliest.

“You start to get the feeling a lot of people in the legislature just don’t want to deal with this again — don’t have the appetite,” Megan Robertson, campaign manager for Freedom Indiana, told the Times. “We wanted to defeat this thing outright of course, but getting it pushed down the road is a huge victory.”