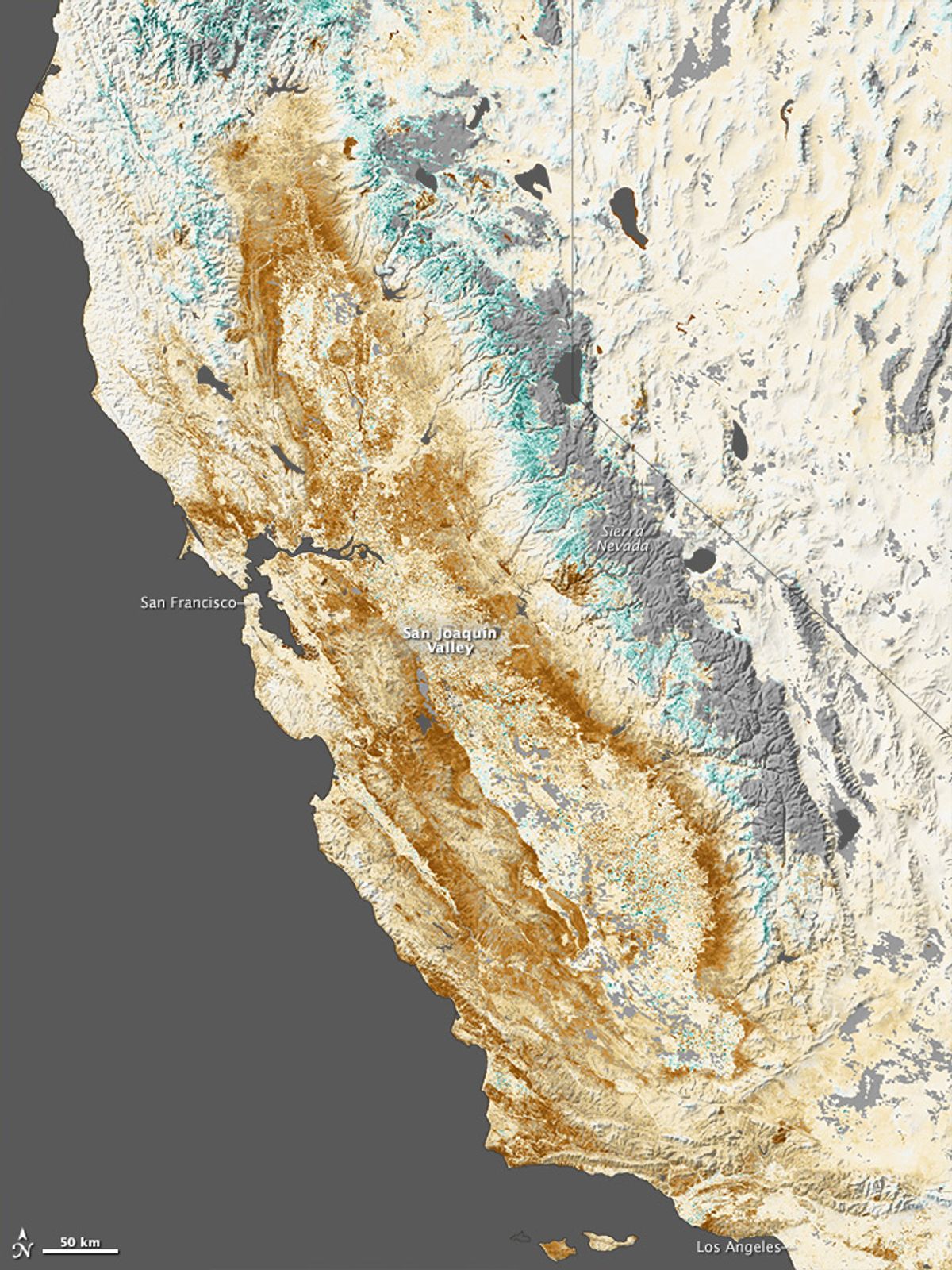 Nearly two-thirds of the American West is currently experiencing some level of drought; in California, conditions are especially bad, with almost the entire state in extreme drought by the end of January. The above image is composed of NASA satellite data from the second half of January. An accompanying blog post gives some context to what you're seeing:

Shades of brown depict where plant growth, or “greenness,” was below normal for the time of year; shades of green indicate vegetation that is more widespread or abundant than normal. Grays depict areas where data was not available (often due to cloud cover).

...There is some surprising greenness along the edges of the Sierra Nevada range. “In a normal year, much of the green areas near the mountains would be snow-covered,” said Ramakrishna Nemani, a vegetation sensing expert at NASA’s Ames Research Center. “Since there is not much snow this year, the evergreen vegetation appears anomalously green. In fact, that is bad news for this time of the year.”

The coastal mountains from north of San Francisco to south of Los Angeles are snow free and dry, as is much of the Sierra Nevada. In the midst of California's Sacramento and San Joaquin valleys, there are a few patches of green indicating some farms that still have access to water for irrigation. But much of the region is brown—signs of land suffering from drought stress or left fallow when it would normally be planted with crops.

“If you showed me this image without the date, I would say: ‘This is California in early fall after a long, hot summer, before the fall and winter rains and snows arrived,’” said Bill Patzert, a climate scientist at NASA’s Jet Propulsion Laboratory. “This is no California winter postcard.”