Video captures the brutality of Sochi: As the band members prepare to perform, they're pepper sprayed and beaten 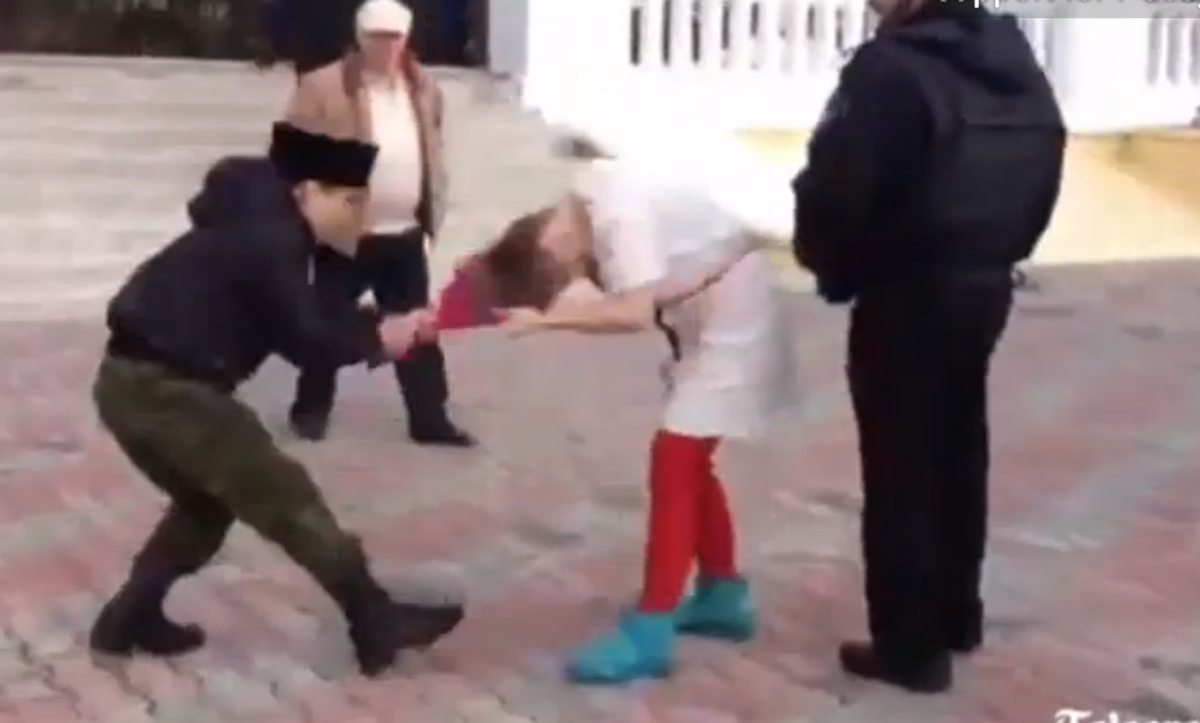 Russian Cossacks attacked members of punk band Pussy Riot with whips and pepper spray Wednesday as they prepared to perform in downtown Sochi.

Six of the group's members — five women and one man — had donned their trademark colorful balaclavas and were pulling out a guitar and microphone when at least 10 Russian security force members converged on them.

One Cossack can be seen spraying Nadezhda Tolokonnikova with pepper spray before whipping her and fellow group member Maria Alekhina.

Tolokonnikova was then thrown to the ground and whipped again.

Other officers violently ripped off group members' masks and threw the guitar in a trash can.

“Cossacks attacked us, beat us with whips and abundantly sprayed us with pepper gas,"  Tolokonnikova tweeted.

Alyokhina tweeted a photo of a man with a bloodied face.

The attack came a day after Tolokonnikova and Alyokhina were briefly detained by Sochi police and questioned about a theft at their hotel.

They were released and left a police station singing and raising their fists.

Wednesday's attack lasted less than three minutes. Police arrived later and questioned witnesses, but no one was arrested.