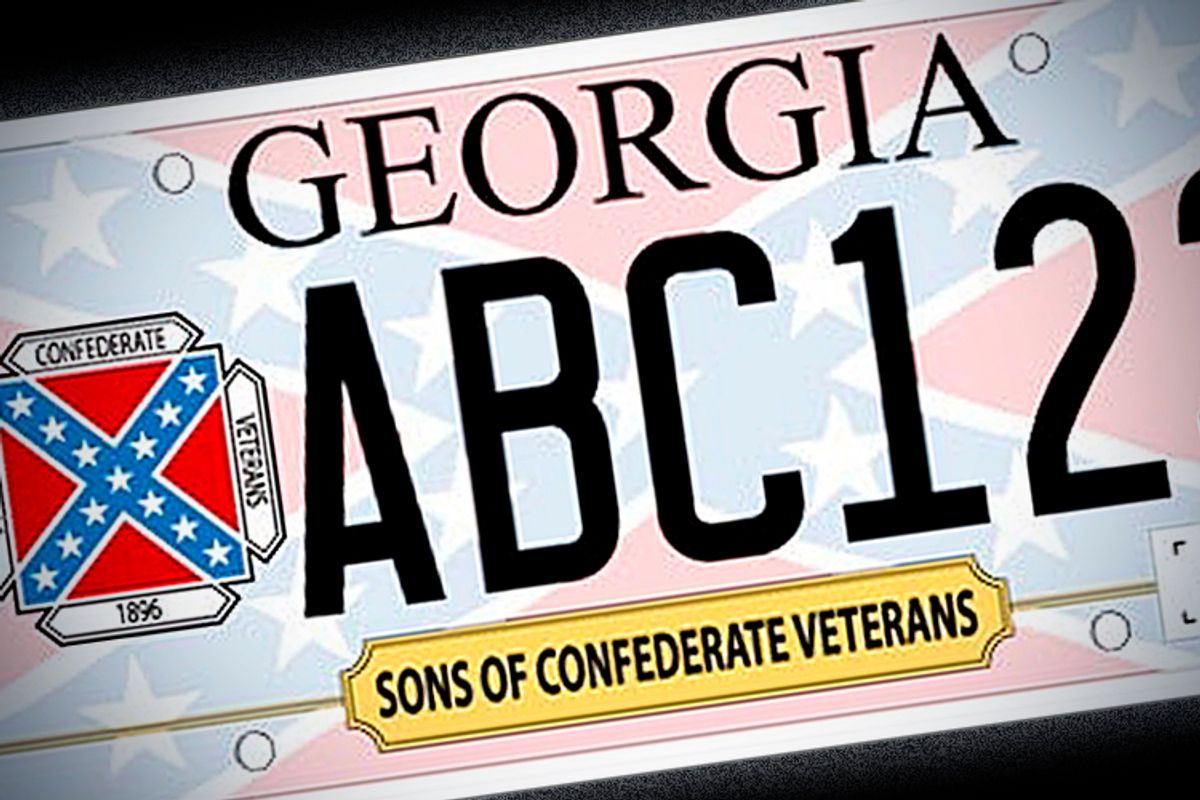 Residents of Georgia who are nostalgic for the antebellum South are about to get one more way to celebrate what everyone else recalls as the most sordid period of America's history: a specialty license tag that boasts the Confederate Flag. And just in time for black history month!

The plate, submitted by the Sons of Confederate Veterans and approved by the Motor Vehicle Division of the state's Department of Revenue, is a new edition of a plate currently in circulation.

Although civil rights advocates are incensed over the tag, which is seen as a symbol of oppression to many, the spokesperson for the Sons of Confederate Veterans Georgia Division, Ray McBerry, believes that disallowing the plate would be a form of discrimination. “By sanctioning the plate, they are not saying they agree with our organization. They’re just saying it’s a level playing field,” he told the Atlanta Journal-Constitution, who first reported the story.

"We believe that everyone has the right to preserve their heritage," he told CBS. "Southerners have as much right to be proud of their heritage as anybody else."

Georgia Gov. Nathan Deal was unaware of the new plate. "I hadn't heard that, so I don't know anything about it," Deal said. "I'll have to talk to them about it. I had no information in advance about it."

According to the Journal-Constitution, the state has sold 439 Confederate plates in the past two years, and has 35 orders for the new tag. The plate costs $80, ten of which go to "promote education efforts and preservation of statues, monuments and other historic items" supported by the Sons of Confederate Veterans.