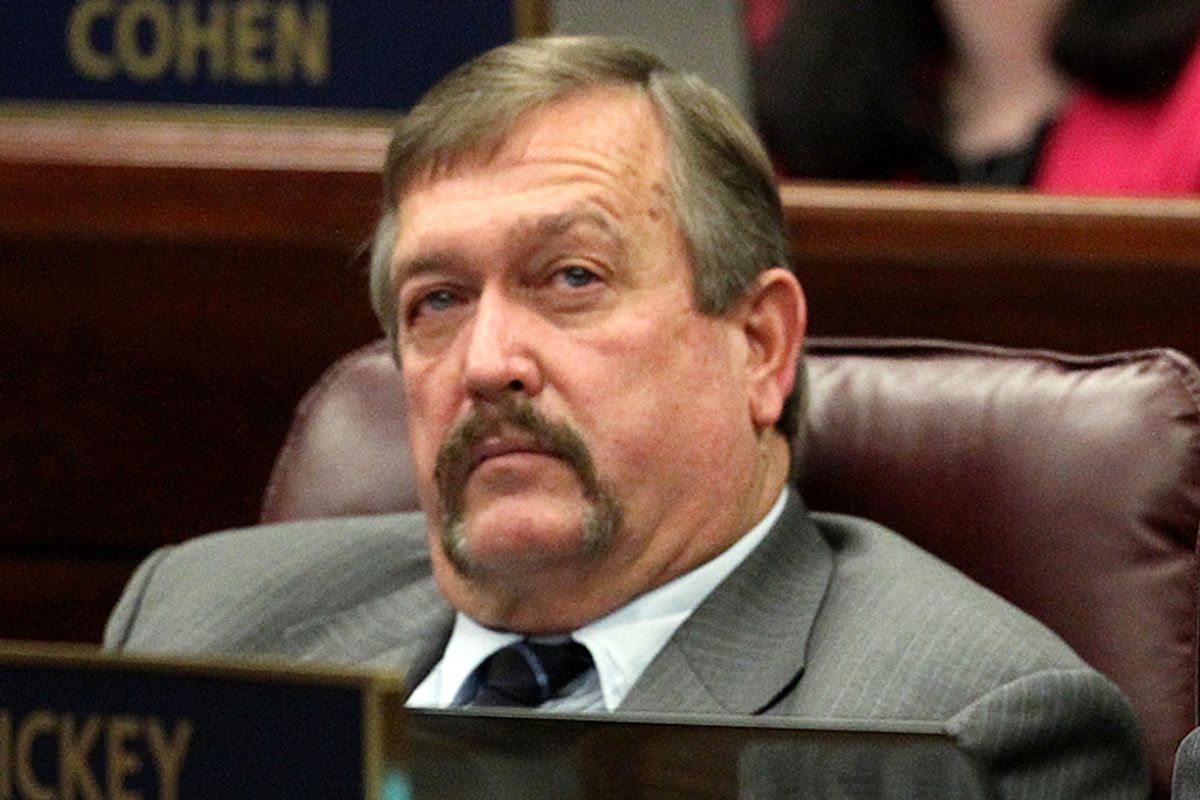 Cresent Hardy (yes, that appears to be his real name) is a Republican Nevada state assemblyman who would like to become a member of the U.S. House of Representatives. Somehow, in service of this goal, Hardy has evidently determined the best way to make it to Congress is by comparing legislation intended to protect LGBT people from discrimination to Jim Crow.

Speaking with the Las Vegas Sun on Tuesday, Hardy explained that he opposed the Employee Non-Discrimination Act, a law to protect workers from being fired simply for their sexual orientation, and which happens to be overwhelmingly supported by the American people, because, "When we create classes, we create that same separation that we're trying to unfold somehow."

"By continuing to create these laws that are what I call segregation laws," Hardy continued, "it puts one class of a person over another. We are creating classes of people through these laws."

Hardy also opposes same-sex marriage, saying, "I will always vote against same sex marriage because of my religious beliefs, the way I was raised. For me to vote for it would be to deny the same God that I believe in."

Here's the full exchange about ENDA between Hardy and the Las Vegas Sun:

The Sun: One thing that came up at the Legislature not this last go around but in 2011, there was a bill (Assembly Bill 211) talking about employment nondiscrimination, and there is a similar act up in Congress (Employment Non-Discrimination Act) basically instructing employers, saying you can’t discriminate against someone for reasons of their gender identity or sexual expression (orientation), and you voted against that one in 2011. Would you support something like that in Congress? I know Horsford [the district's incumbent Democratic congressman] has said he would support that in Congress.

Hardy: These are the type of issues that frustrate me. A crime is a crime. How can you call one type of crime a hate crime and another not a hate crime? We continue to, what I believe, separate people. We need to look at people as a whole. Everybody has the same rights and privileges. We should look at the same individuals, care about our neighbor, everybody is our neighbor, but by continuing to create these laws that are what I call segregation laws, it puts one class of a person over another. We are creating classes of people through these laws. That’s my belief. That’s the reason I have such frustration with it.

The Sun: So in this case saying that employers shouldn’t discriminate for X Y and Z reasons, you’re putting, how should it be done then to ensure that people aren’t discriminated against?

Hardy: You shouldn’t discriminate against anybody, regardless of gender, race, whatever. There’s no reason for any type of discrimination.

The Sun: So you can have just a blanket kind of law?

Hardy: When we create classes, we create that same separation that we’re trying to unfold somehow.