Honey badger fans rejoice: Viral critters get their own special 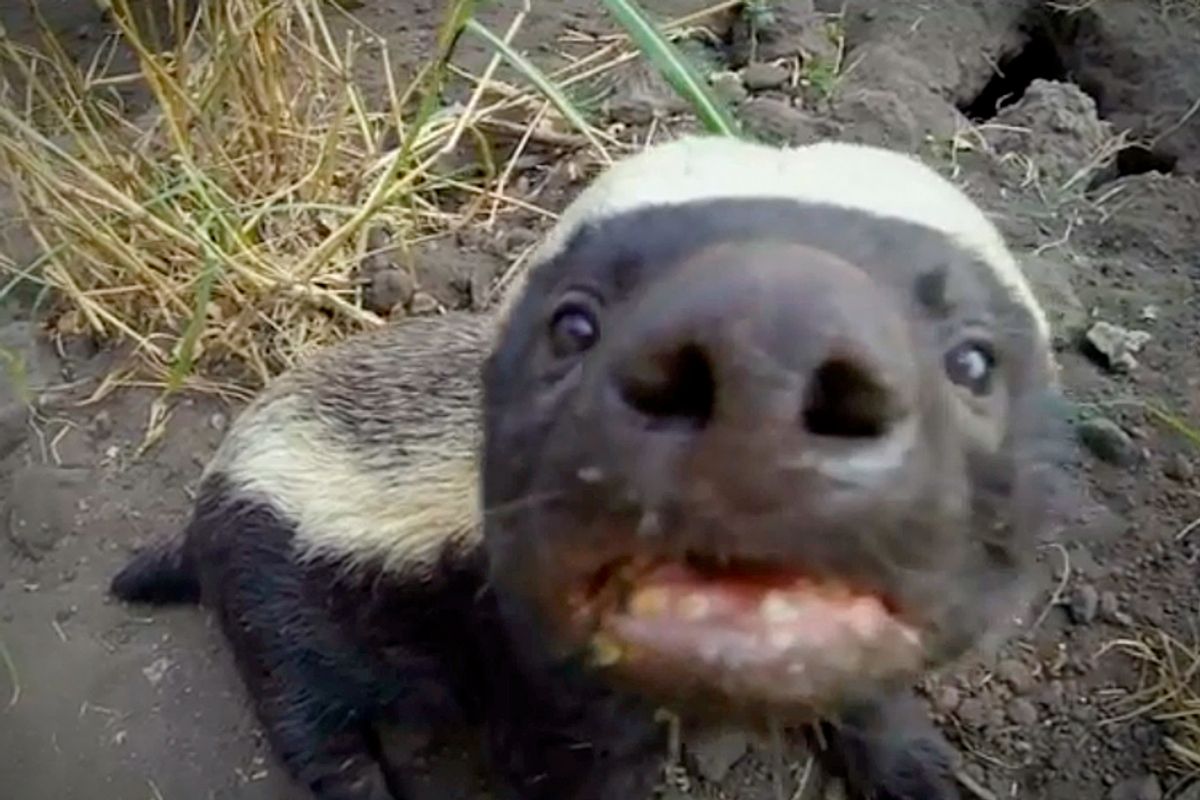 One of the stars of "Honey Badgers: Masters of Mayhem" (PBS)
--

Last year, a guy named Randall commandeered way more than his allotted 15 minutes of fame by adding expletives and voice-over to an otherwise harmless nature video about sub-Saharan vermin. A year later, what has become known as “Honey Badger Don’t Care” has scored over 60 million views on YouTube and its maker, Randall, is sitting on panels, making personal appearances, and, yunno, voicing a bunch of other stuff.

It’s shameful, really, how this mutton-chopped shyster stole the spotlight from such endearing, ingenious creatures and used it to his advantage by portraying their desperate plight as some sort of corrupted Pepe Le Pew cartoon. Possibly in an attempt to right this egregious wrong in an extremely timely manner, PBS will air “Honey Badgers: Masters of Mayhem” Wednesday night. The special will expose these "animals with attitude" as the fearless and intelligent survivors that they truly are – without Randall’s condescension and unnecessary snark.

JK, as the Internet kids say. HBDC was funny as hell and the folks at PBS know so better than anyone. Compare this first trailer for “Masters of Mayhem” with the below collaboration featuring … you guessed it:

Yeah, this teaser could use a bit more profanity. But don’t even bother to get your hopes up. Randall does not actually narrate the program. Here, he serves as pitchman only. In your lasting quest for offbeat TV, you may still want to tune in to watch honey badgers break into human domiciles and fight lions, but it won’t be the same. After being so enthusiastically informed a year ago that honey badgers – above all others in the animal kingdom – truly “don’t give a shit,” how are any of us supposed to follow their exploits without Randall’s play-by-play?