Pat Robertson: Believing in climate change is "idiocy" because it's cold outside

Environmental socialists want to take over industry, the televangelist ranted 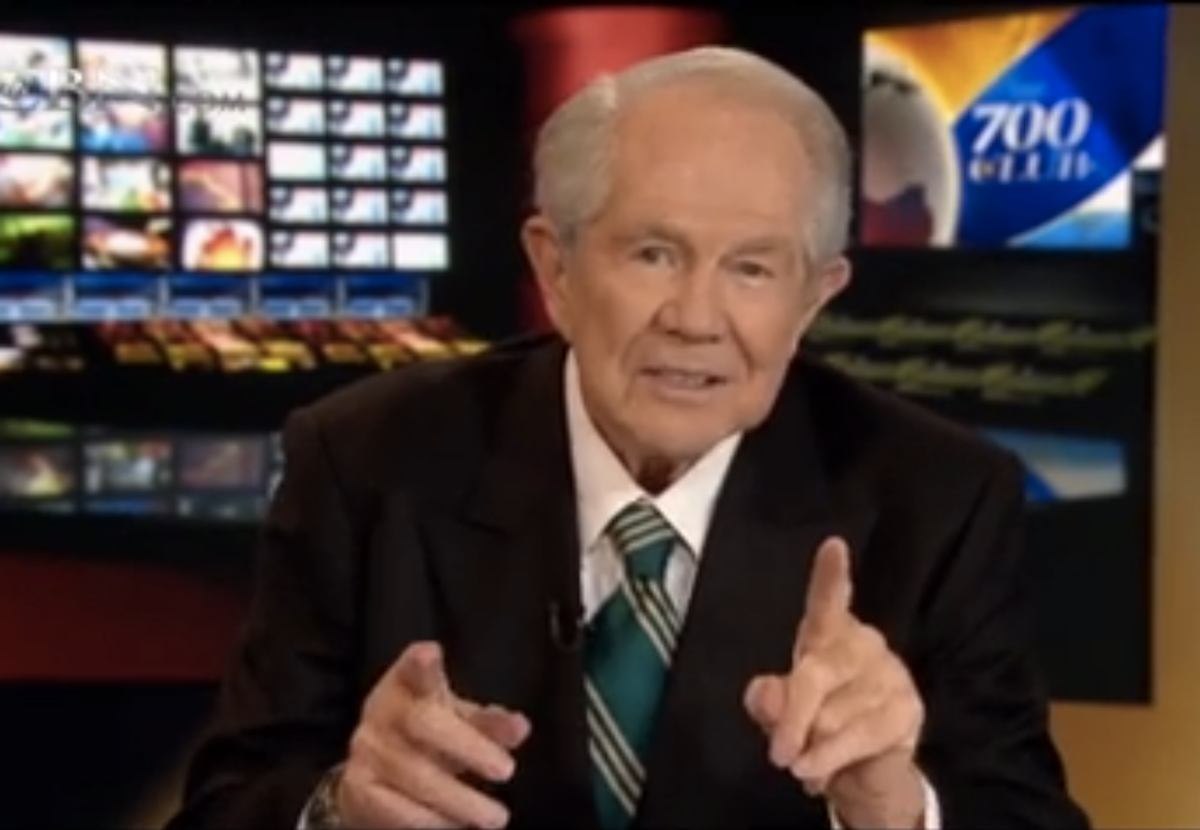 Just when we thought Pat Robertson was becoming somewhat more reasonable (it's not every day that you see the host of a conservative Christian program tell a young-earth creationist to put a sock in it), the televangelist went ahead and said something stupid about climate change.

It's cold outside, Robertson commented Tuesday on "The 700 Club," ergo to believe in global warming is "idiocy."

Robertson was provoked by what turned out to be incendiary comments from Secretary of State John Kerry -- the same ones that caused Newt Gingrich to lose his cool on Twitter yesterday -- who in a speech Sunday called climate change "the greatest problem of our generation" and ranked it up there with poverty, terrorism and the proliferation of weapons of mass destruction.

“I don’t know where Kerry has been spending his time,” the host replied, “but maybe he’s so wealthy they have a special house that has tropical plants in it so he feels like he’s in the tropics, but for the rest of us, it’s been cold as the Dickens!”

“It’s idiocy and they’re laughing at people who go outside and it’s freezing!”

The false conflation between weather and climate has, by now, become shorthand for climate denialism -- and one that has been thoroughly refuted by mainstream science (for a refresher on the many ways in which Robertson is wrong, see here).

But fear not -- Robertson has more to add to this tired cliché. Environmentalists/socialists, he went on to say, have an agenda: to “take over all of the plants and the manufacturing of the world.” And "to see a billion people die."

See the crazy for yourself: