From Aaron Schock to Joe Simpson, the press is big on innuendo -- and short on facts 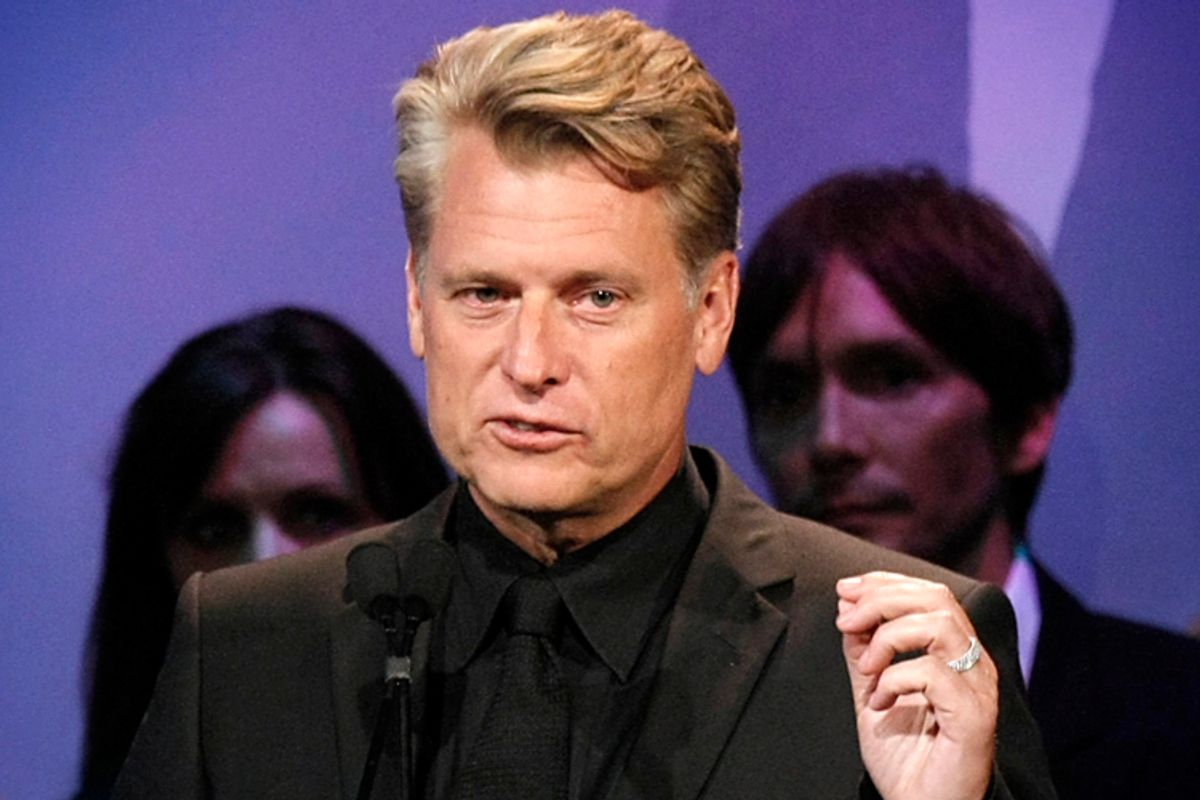 In an era of increased openness about sexuality, with celebrities coming out of the closet frequently when it's safe to do so, those still in the closet are subject to mockery. In some ways, they're fair game -- a public figure coming out is such an unalloyed social good that those who do not come out are arguably acting selfishly and deserve to be called out.

But the media hasn't quite figured out how to cover those celebrities who are perceived to be gay but who haven't come out, taking a snide, winking tone about people who might well be on their way toward coming out -- or who might not be gay at all. Alleging someone is gay, if you happen to be wrong, isn't libelous, but it ought to be done for a purpose other than prurience.

Aaron Schock, the Illinois congressman, isn't the only celebrity this year to have been called gay on the basis of evidence that falls short of concrete; he was pilloried in the press as a closeted gay hypocrite on the basis of both hypothetical, unpublished evidence and real evidence including his Instagram follows and his interest in fitness. If Schock is gay, he ought to come out, but the knowing tone in the coverage of his perceived sexuality -- he doesn't need to come out for us to know he's gay, we can tell by his Instagram follow list! -- was ugly and untoward.

The same issue has resurfaced in coverage of Illinois gubernatorial candidate Dan Rutherford, who's shared a hotel room with a male aide to (as he claims) save money. The Chicago Tribune's coverage of the issue has coyly danced around the central issue -- that a would-be state governor would seem to have been in a situation where homosexual sex was more likely to have occurred than had he stayed in a single room alone -- citing "human resources experts" on the sort of behavior that would leave a boss less open to "allegations of favoritism or harassment."

A vigorous press has as much right to look into the private lives of closeted gay public officials, when it interferes with their duties, as it did to look into the straight affairs of John Edwards or Bill Clinton. But the insinuations against Schock were plain old gossip, and those against Rutherford seem designed to move the reader toward a conclusion while assiduously avoiding the appearance of doing so.

It's a familiar angle for readers of the celebrity-tabloid press, in which two fathers of celebrities have been quasi-outed as LGBT. Joe Simpson, father of actress and shoe designer Jessica, saw his alleged relationship with a younger man bolstered by a bright yellow sweater he wore. His post-divorce makeover was treated as further evidence of such a relationship. Simpson recently went on vacation with a young male companion -- they may be in a relationship, but Britain's Daily Mail just winks about the pair's "good times" and the young man's "nicely toned physique," then aggregates a tabloid site's claims that Simpson is alleged to be gay. It's a nifty rhetorical trick to gather evidence that someone seems gay but stop just short of making the claim, just as the celebrity press has been doing to Bruce Jenner after a recent plastic surgery, hinting that he's trans without proof aside from the fact that his actions correlate with those of a trans person.

We all know what outing looks like -- from Gawker remarking upon the dating life of Fox News anchor Shepard Smith to tabloids looking into the long-term relationships of Queen Latifah. But these quasi-outings nudge the reader in the ribs, providing enough innuendo for the reader to detect something going on here but not enough facts for much more than that. Anyone's entitled to think Aaron Schock, Joe Simpson and Dan Rutherford are gay, or that Bruce Jenner is trans. But thinking is not reporting -- a news organization is entitled to report out the facts with confidence, as they'd do with anyone's personal life, or they are entitled to leave a story made up of maybes alone.