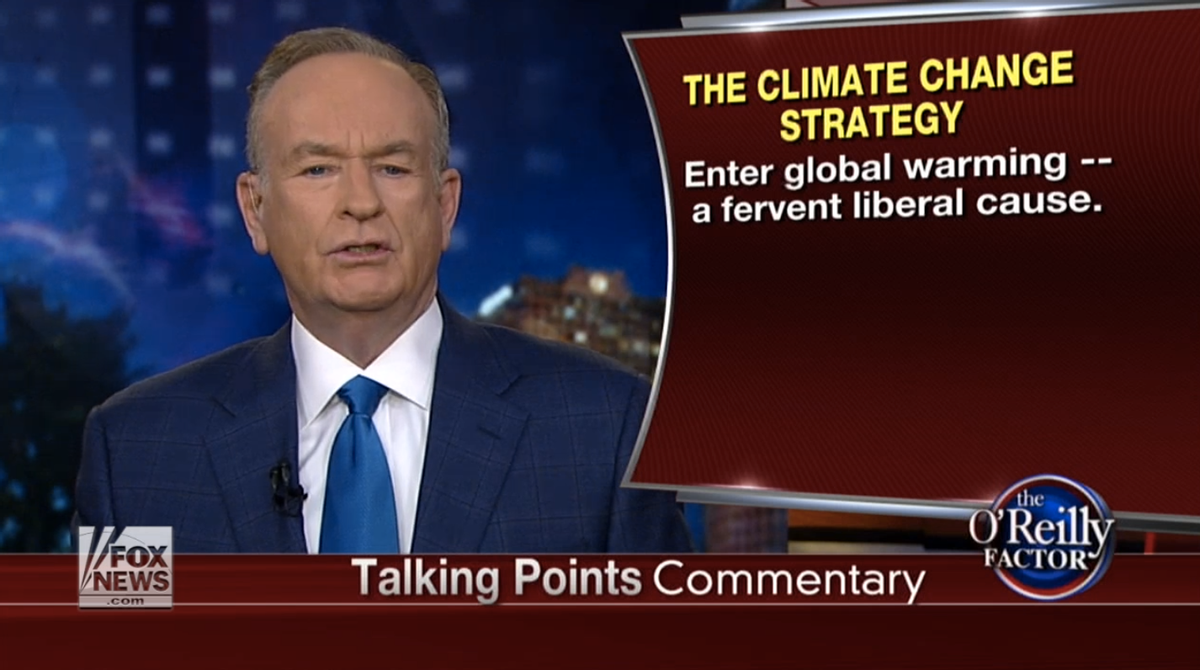 In his earnestness to go against the consensus of 97 percent of scientists, a producer for The O'Reilly Factor allegedly sent out an email looking for "the best arguments against global warming being caused by humans." And for inexplicable reasons, he sent the email to DeSmogBlog (the self-proclaimed "world’s number one source for accurate, fact based information regarding global warming misinformation campaigns"), which went right ahead and made it public.

I'm a producer at the O'Reilly Factor. I'm writing up a paragraph for Bill on the best arguments against global warming being caused by humans.

What would you say are the very best arguments you'd present in one paragraph? I am working under a very tight deadline.

"I feel for O'Reilly's producers, honestly," wrote Brendan DeMelle, the site's executive director and managing editor. "It must be tough to face this 'very tight deadline' problem when asked to provide factual support for a baseless, ideologically-motivated assumption."

Could it be that the producer's "very tight deadline" was for last night's segment of Talking Points Memo? On the show, O'Reilly ended up going with this line: "Talking Points has maintained that no one -- no one knows for certain what causes climate fluctuations," but provided no arguments, very best or otherwise, against them being caused by human activity. Looks like DeMelle wasn't able to help him out.