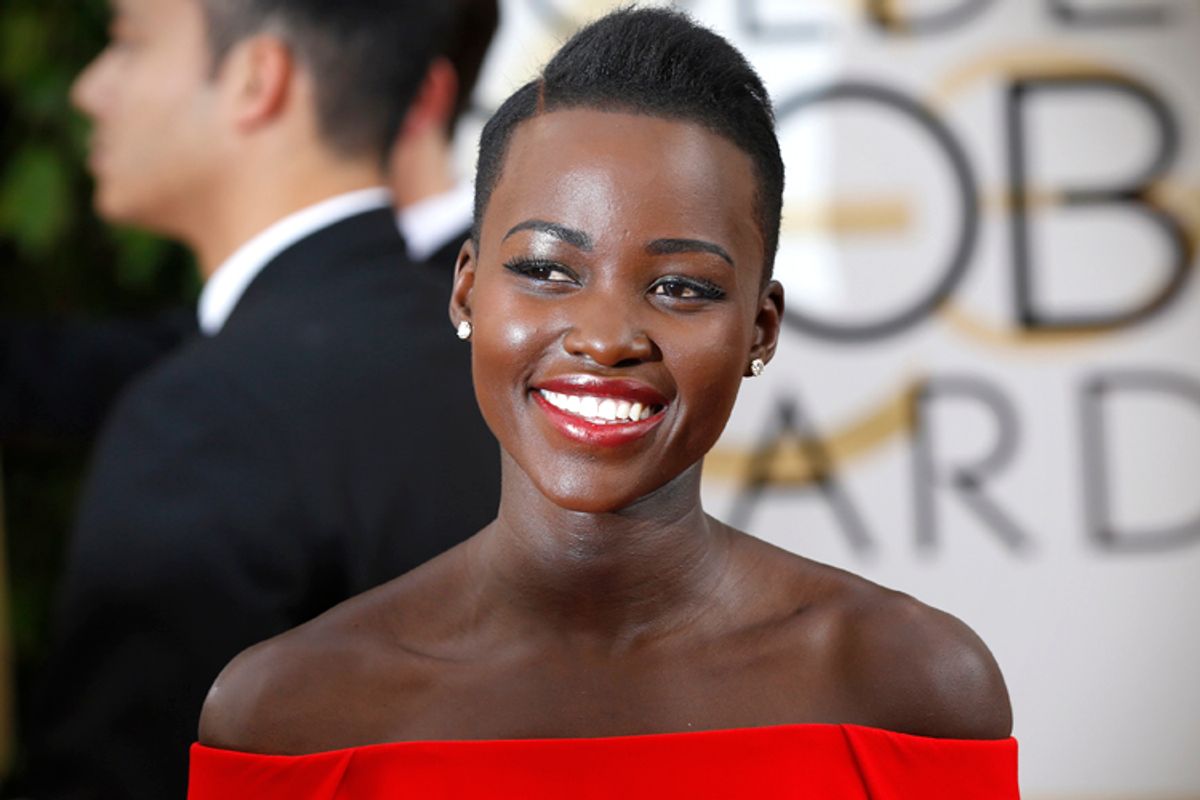 Even when Oscar season is longer than usual -- when, as this year, the awards themselves are pushed back to March to accommodate the Olympics -- it's fairly short in the grand scheme of things. For instance, it's probably the quickest way to mint or to destroy a superstar.

Between the holidays and the Oscars last year, for instance, eventual best actress winner Jennifer Lawrence went from popular action-franchise star to object of national obsession with her giddy, likable speeches at awards shows and her immediately iconic fall on the Dolby Theatre steps. Meanwhile, the already widely known Anne Hathaway went from admired actress to widely derided figure in her march to the best supporting actress win. The constant exposure any star experiences in a brief window can drastically change his or her Q rating; women stars, whom the public particularly loves picking apart, are far more subject to this sort of parsing as a matter of course.

For all that each Oscar season has a breakout star, though, even 2013-era Jennifer Lawrence would envy just how quickly Lupita Nyong'o has become an instant superstar. Nyong'o, the best supporting actress nominee from "12 Years a Slave," had never appeared in a film before getting cast in "Slave"; now she's in a neck-and-neck race for the trophy, a fashion and beauty icon, and an actress whose future seems limitless.

Nyong'o has had the good taste to work with very intelligent people; her outfits for awards shows, for instance, have consistently been fantastic-looking, and the publicity team that tweets on her behalf has also arranged for appearances on the covers of Vanity Fair, W and New York magazines. But she also has already figured out just how much to give the public, revealing little about her inner life. Her SAG Award acceptance speech, for instance, was effusively happy but closed-off. We know little about Nyong'o's love life or how she occupies the hours of her day not spent at awards shows.

And that's as it should be. In her breakout season last year, Jennifer Lawrence was promoting "Silver Linings Playbook," a movie about two people in love who enter a dance competition. Her big scene was running through sports odds with Robert De Niro. Lupita Nyong'o's film, and her role within it, doesn't lend itself to a goofily charming awards show speech or a personality-driven magazine profile; in her relative quiet, Nyong'o has been exactly the right face for the "12 Years a Slave" Oscar campaign. She feels apart from the fripperies of Oscar season in the same way Jessica Chastain, another private actress who's been nominated for Oscars for movies about segregation and about the death of Osama bin Laden, has in the past. We're able to respect Nyong'o as a star without feeling as though there's a sensitivity missing. She's backlash-proofed herself by remaining admirably private.

As noted, Lawrence came into last year's Oscar season as a previously nominated actress who was known, just not super-famous. And previous awards-season breakout stars, like Melissa Leo in her profane, fun ride to a win in 2011, have long careers behind them. Nyong'o's rise has been vertiginous, all the more because some of her fans who were reblogging pictures of her in red Ralph Lauren at the Golden Globes have likely not seen the challenging "12 Years a Slave." She's not pulling focus from the movie she's promoting, but her fame may well extend beyond the present moment. After her next role, in Liam Neeson's thriller "Non-Stop," Nyong'o is not booked for any movies. One hopes that's because she's choosing among a pile of great projects.

Because while the Oscars may do OK, these days, in honoring actresses of color, Hollywood is not good at giving them long-lasting careers. Jennifer Hudson, who won an Oscar for her own debut movie role, has seen several of her movies ("Winnie Mandela," "The Inevitable Defeat of Mister & Pete") get underpromoted, and has seen much more success as a singer. Mo'Nique works on film rarely; Octavia Spencer did weight-loss supplement ads and was linked to a TV reboot of "Murder, She Wrote" that fell through.

But while such things aren't quantifiable, it seems apparent that none of those three, not even Hudson, saw quite the level of adulation Nyong'o has experienced this year. Nyong'o will be a test of Hollywood's ability to serve its best and brightest -- win or lose, the actress almost certainly will leave the Oscars nearly universally hailed for her talent, grace and charm. Will she get the chance to return as a nominee in the future?

One actress who got a shot like that is Lawrence, who rose to super-fame last year in a manner very different from Nyong'o's. Lawrence was crassly funny and quirky in a way that felt instantly familiar. She returns this year as Nyong'o's primary competition for the best supporting actress Oscar, and has largely avoided the spotlight, seeming embarrassed when she won the Golden Globe and skipping other ceremonies, like the BAFTA Awards, entirely. It's hard, in a way, to root against Lawrence -- she's likable, and someone has to be the youngest actress with two Oscars! -- but one senses that even Lawrence wants Nyong'o to win, if only to avoid the sort of backlash that accompanies the perception of too much success.

The real prize for Nyong'o would be the sort of choices Lawrence gets in her career: big-budget action films and work with auteurs for years to come. She already has the popular support. All she needs is the sort of support that's given by Hollywood over years, not just at the moment Oscar voters check off their ballots.