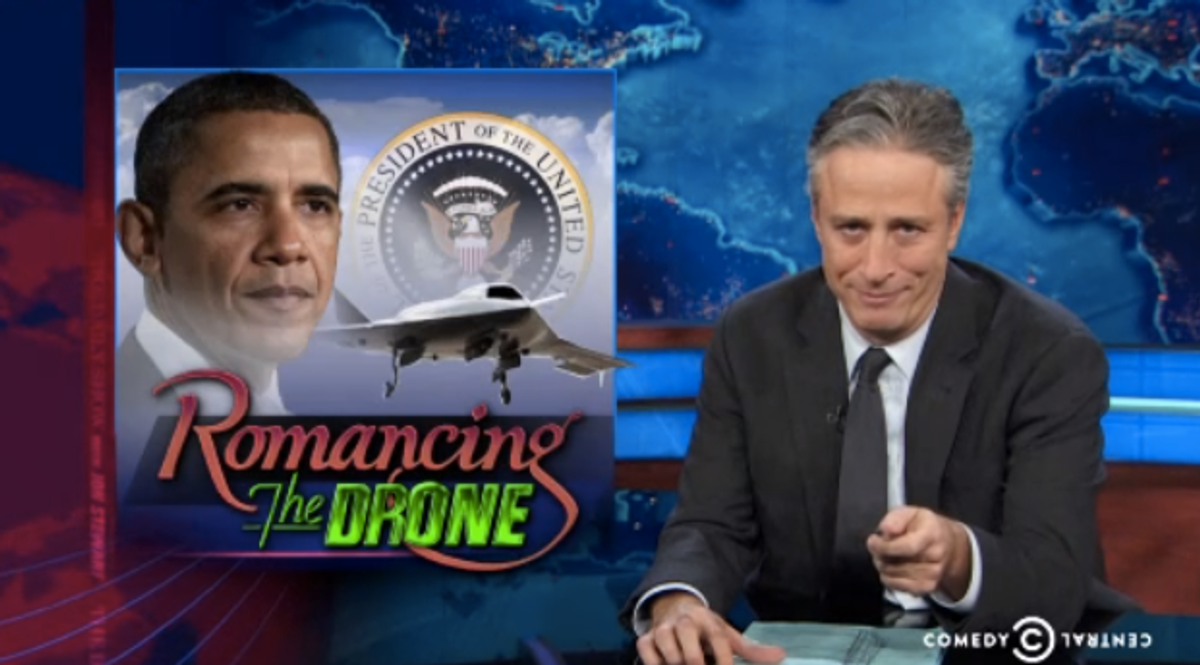 Jon Stewart has a bone to pick with the Obama administration's ambiguous policies around drone strikes. Although Obama has said that drones are only to be used in cases of "imminent threat," where there is "near certainty" that civilians won't be targeted, the president's record indicates otherwise.

"Near certainty, which, in the case of our drone strikes in Yemen, since that speech, equates to 66 percent certainty. So basically, it is certainty ... if we're taking certainty pass/fail," said Stewart.

"Constitutional due process has afforded the administration an awful lot of interpretive room," Stewart concluded -- and one that Obama is not directly addressing.

In fact, when Sen. Carl Levin staged an "intervention" of sorts to discuss drone policy, Stewart pointed out, the White House blocked the CIA from attending the event. "Because the first step to getting help is making sure that no one shows up to the intervention," the host scoffed.