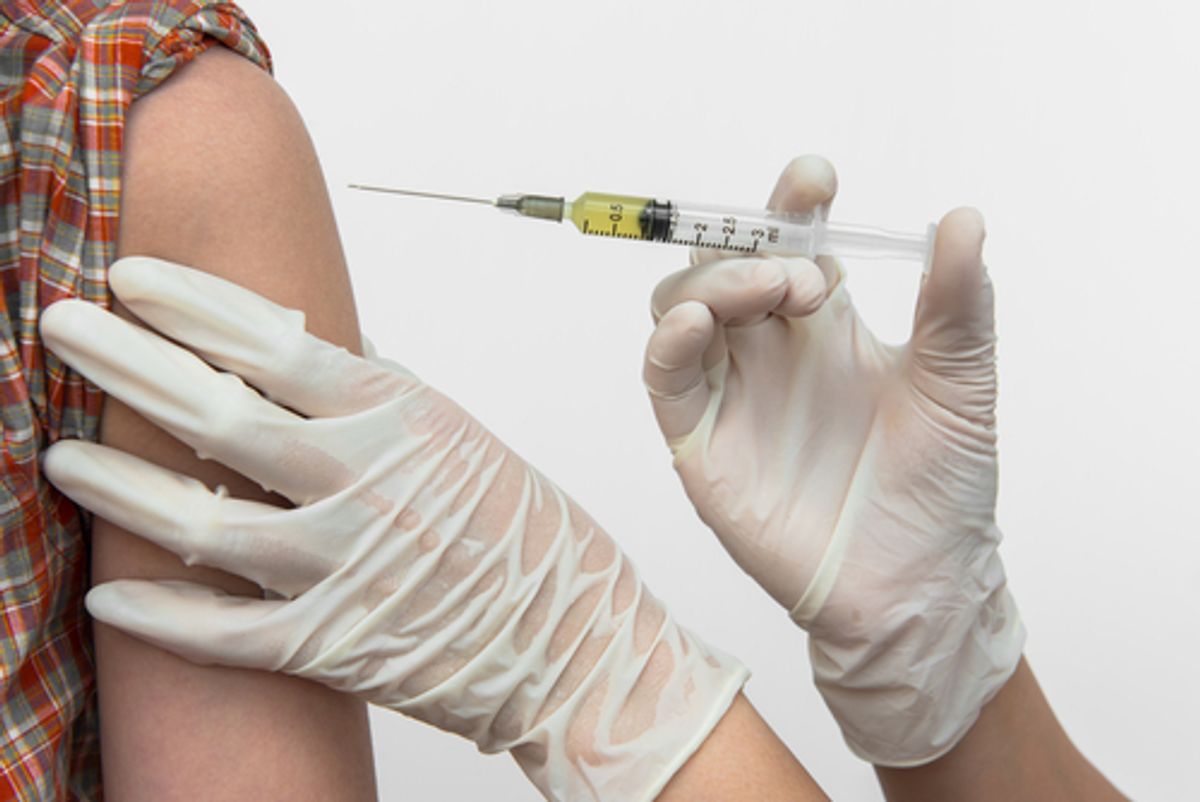 The H1N1 virus, better known as swine flu, has made a resurgence this year, killing at epidemic levels since mid-January. And we could still have as many as six weeks of flu season to go.

The most recent data, which extends through Feb. 8, shows over 6,600 lab-confirmed flu cases nationwide, with H1N1 being the predominant strain. During the week of Feb. 2 -- the sixth week of flu season -- the death rate was at 8.4 percent. (To be considered an epidemic, it must be above 7.3 percent.) According to the Centers for Control and Prevention, a rise in flu deaths among young people -- everyone in the middle range between children and the elderly who usually aren't hit as hard -- is largely responsible for swine flue's comeback. A full 60 percent of those hospitalized this year have been between the ages of 18 and 64.

New research has added fuel to the theory that young people who skipped the flu shot were particularly at risk this year. From the Washington Post:

In a study of Duke University Medical Center patients published this month, researchers found that those hospitalized for the flu between Nov. 1 and Jan. 8 were much younger — with an average age of 28.5 years — and more likely to have serious complications than those who had H1N1 in the past. About 40 percent of the patients this year ended up needing intensive care, compared with 20 percent in 2009.

“We don’t know why, but it is worrisome,” said Jelena Catania, an infectious diseases fellow at Duke and a co-author of the study, published in the American Journal of Respiratory and Critical Care Medicine.

Laurie Forlano, deputy state epidemiologist for Virginia, said that although it’s too early to draw any conclusions, there are indications that the population being affected in her state is also skewing toward young adults. She said that H1N1 was included in this year’s flu vaccine, so some of those who are coming down with the flu may not have gotten the vaccine. The vaccine’s efficacy rate is usually in the 50 to 70 percent range.

“It’s never perfect, but for some people, getting the vaccine is a matter of life and death,” she said.