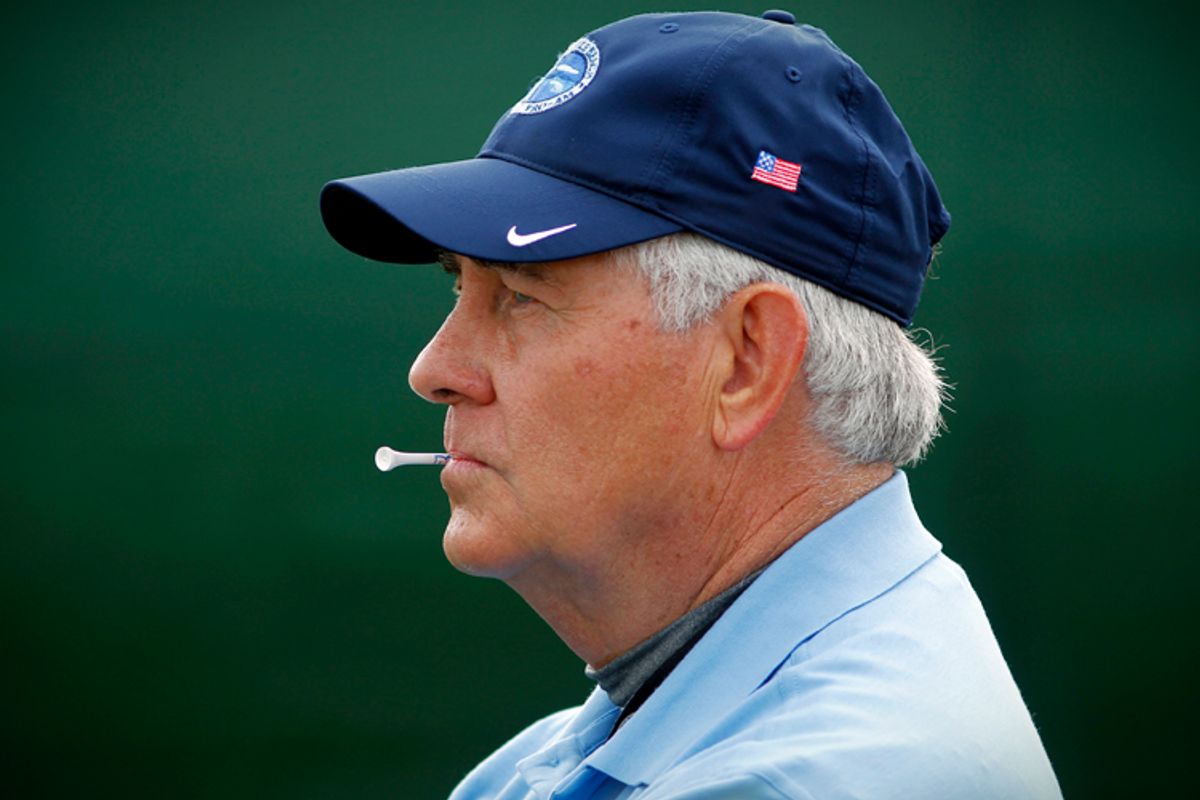 Exxon CEO Rex Tillerson is involved in a legal battle over fracking. The weird part is, he's on the side that's against it.

Don't worry, Tillerson hasn't changed his "Drill, baby, drill" mentality or had a change of heart about the evils of regulatory oversight in general. He's just worried about the effect that drilling is going to have where he lives. Specifically, he wants to block the construction of a 160-foot water tower next to his home in Bartonville, Texas, which would provide water for nearby fracking operations. In order to do so, The Wall Street Journal reports, he's signed onto a lawsuit that details the many unsavory consequences of fracking:

[Tillerson] and his neighbors had filed suit to block the tower, saying it is illegal and would create "a noise nuisance and traffic hazards," in part because it would provide water for use in hydraulic fracturing. Fracking, which requires heavy trucks to haul and pump massive amounts of water, unlocks oil and gas from dense rock and has helped touch off a surge in U.S. energy output.

...While the lawsuit Mr. Tillerson joined cites the side effects of fracking, a lawyer representing the Exxon CEO said he hadn't complained about such disturbances. "I have other clients who were concerned about the potential for noise and traffic problems, but he's never expressed that to me or anyone else," said Michael Whitten, who runs a small law practice in Denton, Texas. Mr. Whitten said Mr. Tillerson's primary concern is that his property value would be harmed.

When he's wearing his CEO of a Major Oil Company hat, Climate Progress points out, Tillerson's views on fracking have been quite different. “This type of dysfunctional regulation is holding back the American economic recovery, growth, and global competitiveness,” he said in 2012 of attempts to increase oversight of drilling operations.

"There are important questions about the things that people worry about, and we have an obligation to address them, and we devote a tremendous amount of effort in addressing those," he's also said of public concerns about drilling. But "as long as we as an industry follow good engineering practices and standards, these risks are entirely manageable." It's all just a matter of perspective.