It's time we acknowledged those rare men who helped, rather than hindered, brilliant female writers 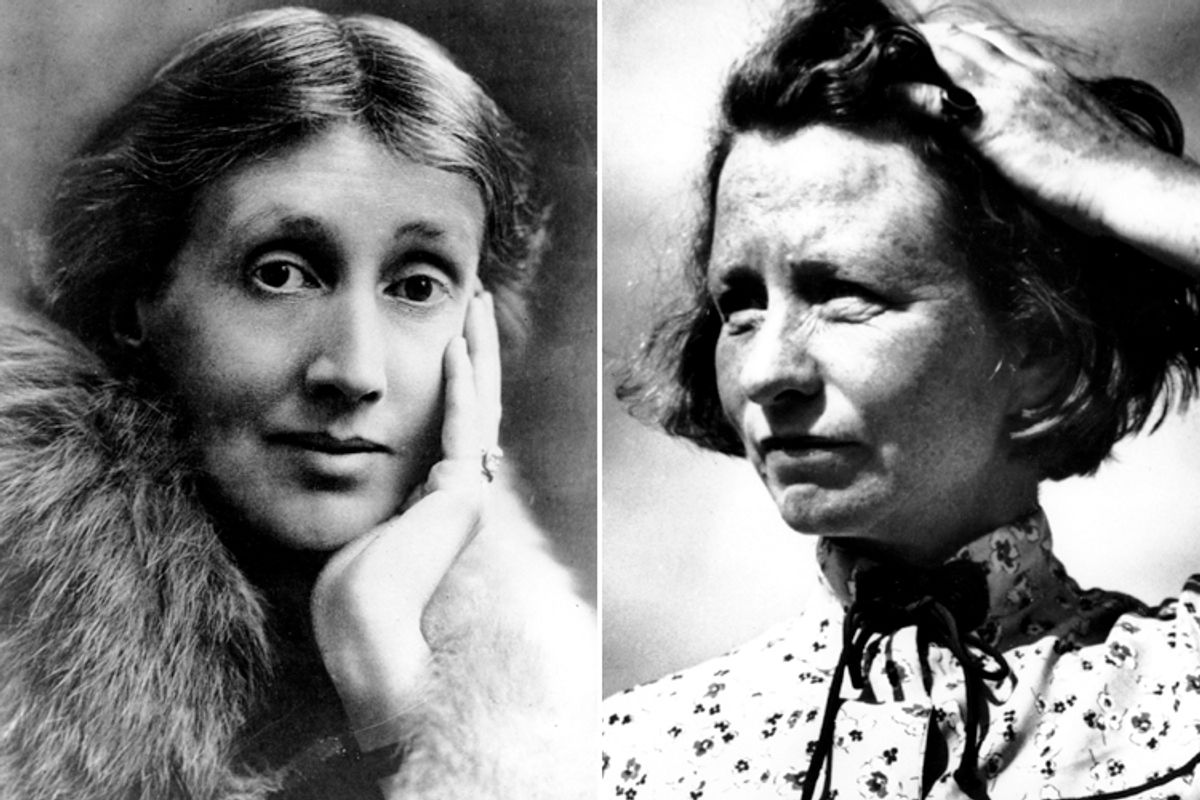 "We should be doing a kindness," wrote the London Saturday Review in 1882, "if we advise literary men contemplating matrimony to select for their wives judicious and patient nurses rather than charming and brilliant women." There is much to be said for this policy; one genius per household is usually more than enough, and even when the creative talents in play can't be rightly called geniuses, two is often more than domestic tranquility can withstand. But the London Saturday Review leaves one important matter unaddressed in "Of Literary Husbands," although it does allude to this problem in the commentary's final line: "There are also such persons as literary wives, but they are a subject on which we should tremble to enter."

The question of what sort of man a literary woman ought to marry -- if she wants to marry a man at all, of course -- is not as tremble-inducing now, in an era when the partnership model of marriage is on the rise, as it was under Queen Victoria's reign. Yet Rebecca Mead's wonderful new book, "My Life in Middlemarch," offers a reminder that at least one woman writer succeeded in making an ideal selection in 1854 -- even if George Eliot was not actually able to marry George Henry Lewes when the couple moved in together that year. (Lewes was already married to a woman who had deserted him for another man.) Lewes not only adored Eliot, he admired and supported her work without competitive reservation and helped change the course of literary history by persuading her to move beyond journalism to write fiction.

Despite his lack of a marriage license, Lewes might just be the model literary husband. There aren't that many candidates, it's true, but anyone who studies the lives of women writers could be excused for thinking there aren't any. "A Room of One's Own," Virginia Woolf's seminal essay on the subject, bristles with quotes and anecdotes documenting the implacable resistance of 19th- and early 20th-century men to any ambition on the part of female writers -- and many of those men were husbands. Even when a woman writer was unmarried and reasonably well-off, her intellectual activities were expected to take a back seat to the most trivial social and familial obligations, as Woolf indicates in a passage about the work habits of Jane Austen. She quotes the great novelist's nephew recalling that Austen's novels had to be written "in the general sitting-room, subject to all kinds of casual interruptions," and that propriety dictated she conceal what she was doing from servants and visitors.

Nevertheless, history has seen a handful of great literary husbands, and they ought to be more celebrated (and emulated). Woolf herself was fortunate enough to have one. Leonard Woolf was indeed a "judicious and patient nurse," who published her work and nurtured his fragile, brilliant wife through several bouts of the mental illness that ultimately claimed her life. "If anybody could have saved me it would have been you," she wrote to him in her suicide note. "Everything has gone from me but the certainty of your goodness. I can't go on spoiling your life any longer."

We might not have "Middlemarch" without Lewes' encouragement and who knows how much shorter Woolf's life and shelf might have been without Leonard's care. Without a doubt, over the course of history a far greater number of literary wives have performed such services for posterity by acting as handmaidens, soothers-in-chief and administrative managers to their writer spouses. But in doing so, they were fulfilling the role expected of women of their time. A wife, in this view, was supposed to stand behind her husband, in his shadow. It took an extraordinary man to acknowledge the superior gifts of his wife and to devote himself to bringing them to fruition. Even today, adopting a primarily supportive role in a marriage can make many men feel unmanly.

Perhaps that's why so many of the most accomplished women writers of the 19th and 20th centuries were either unmarried or individuals of almost superhuman energy and industry. Imagine Emily Dickinson trying to run a busy household or raise children, and her eccentric lifestyle begins to make a lot of sense. The best a 19th-century wife might wish for in even the most indulgent husband was tolerance of his wife's literary activities as long as they didn't interfere with her domestic responsibilities, which inevitably came first. Only the strong were likely to manage such a regimen. Elizabeth Gaskell wrote six hefty novels and four books of nonfiction, but she also bore seven children and raised five of them (two died in infancy) while performing the many, many duties of the wife of an activist Unitarian minister.

Unfortunately, not every woman of exceptional talent is such a dynamo, and a central theme of "A Room of One's Own" is the great wealth of literature and other arts the world has lost by relegating such individuals to restricted, subservient roles, as well as simply forbidding them the opportunities enjoyed by men. The same goes for working-class artists and people of color, who have often had to struggle to get even the most rudimentary education, let alone the freedom and time to write. And while not all creative people are troubled or depressive, theirs is difficult work that requires huge amounts of attention and stamina; deciding to dedicate yourself to supporting a loved one in such an endeavor is a path that should be honored, provided it's freely chosen and no one gets stuck in such a role simply because they aren't white or male.

And if you think that sounds like a colorless and insufficient life, think again. Consider the case of Eugen Boissevain, a Dutch importer and self-described feminist who married the poet Edna St. Vincent Millay with the express purpose of providing her with a stable home life and relieving her of domestic tasks so she could write. Yet he was also as dashing as a cinema hero, and once dived into the Seine in full evening dress to rescue a drowning woman. It can't have been an easy marriage; Millay was a handful and an inveterate heartbreaker, but she was also no fool. She stuck with Boissevain until his death and then only managed to survive him by a year. Her friends found him magnificent and charismatic, and one of them described him thus:

Handsome, reckless, mettlesome as a stallion breathing the first morning air, he would laugh at himself, indeed laugh at everything, with a laugh that scattered melancholy as the wind scatters the petals of the fading poppy … One day his house would be that of a citizen of the world, with a French butler to wait on the table and everything done with the greatest bienséance, the next the servants would have as mysteriously disappeared as bees from a deserted hive, and he would be out in the kitchen washing the dishes and whistling a haunting Slavic melody, as light-hearted as a troubadour. He had the gift of the aristocrat and could adapt himself to all circumstances … his blood was testy, adventurous, quixotic, and he faced life as an eagle faces its flight.

He also happened to be a judicious and patient nurse. We all have our talents.