How today's sexy sci-fi shuts out the nerds

On shows like "Star-Crossed," the aliens look just like the cool kids -- who are geeks supposed to identify with? 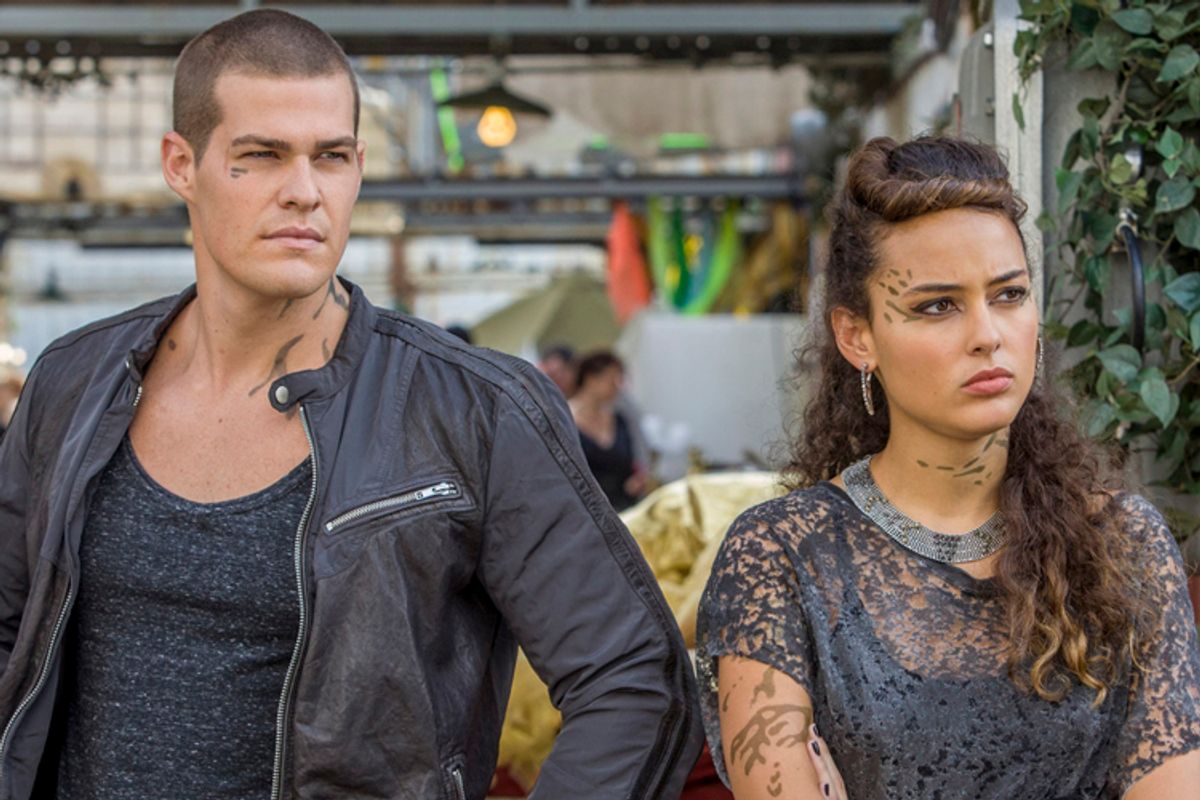 When I was in high school, I wrote science fiction stories for an in-house publication called “The Quantum Cat.” It was an academic high school – Greek or Latin mandatory in addition to French or Spanish, virtually no varsity – so we had our share of so-called nerds. But amongst those, an individual writing for the science magazine earned a particular demarcation of, shall we say, overly emphatic scholarliness. I never thought of myself as a nerd, though. Back then, the term had not undergone the Marvel-sponsored metamorphosis it now has, and no one raced to claim it. I merely thought of myself as an avid reader of Alan Dean Foster, an enthusiastic student of the fantastic application of wormhole theory, and aligned myself – at least in my imagination – with those who traversed the cosmos either boldly or by accident.

Before “Star Trek: The Next Generation” galvanized the geeks of my generation, I connected with the grim wandering of the original “Battlestar Galactica.” My heroes were the Doctor and Arthur Dent. (Oddly, I chose “Blake’s 7” over Kirk and Co. What can I say? I harbored a fondness for the galaxy above Great Britain specifically.) When TNG surfaced, I rode the shockwave of Roddenberry’s legacy through to “Voyager.” (Sorry, Scott Bakula, your creaky “Enterprise” is where I got off.)

Looking back with warm regard upon all of those mysteriously fueled space vehicles, multiple layers of the time-space continuum, and shattered grandmother paradoxes, one thing has started to leap out at me when comparing same to modern-day science fiction fare: The great majority of my favorite characters trapped or traveling in either time or space were not really, really young and really hot.

This week, the CW premiered its new series “Star-Crossed” about teenage aliens marooned on Earth attending a terrestrial high school in the near future. The recipe is made up of “V,” “District 9,” “Romeo and Juliet,” and the desegregation of schools and the American Civil Rights Move… No. Nope. I’m not feeding into that. I bet that’s just what they want me to write. Anyway, all told, it plays like “Mean Girls” without Tina Fey’s sense of humor or a version of “The O.C.” in which aliens are just another clique like stoners or jocks. Hell, the only way you can tell the Atrians are from another planet are their tattoos; mostly, they look and scowl like stereotypical Goths.

They are also pretty sexy for the most part, guys and girls alike. The same goes for the space-station-dwelling rejects of the CW’s other sci-fi offering, “The 100,” debuting in March. These comely adventurers are juvenile delinquents – emphasis on the juvenile – sent to a post-apocalyptic Earth in lieu of imprisonment to assess whether or not the planet is once again habitable. Whereas “Star-Crossed” seems like no more than the Bard’s greatest love story re-cast with the spawn of Jadzia Dax, “The 100” is built upon a foundation of relatively intriguing sci-fi ideas. However, I strongly question the wisdom of entrusting one-hundred, hormonal dropouts with the fate of humanity. (Also, the pilot is hacky and leaden.)

I don’t have a problem with hotties in my sci-fi. I’m sure Dirk Benedict was cast as the original blond, male Starbuck with an eye toward turning viewers’ heads. Certainly, watching busty Erin Gray on “Buck Rogers” helped me warp-jump into puberty. But, as someone who grew up feeling a bit on the fringe of my peer group, I identified fiercely with the gawky awkwardness of the ape descendent Dent and the iconic fourth Doctor. Lieutenant Commander Data was a big loser, all the more excluded for his intelligence and competence, the last guy -- man or machine -- you’d want to invite to a party on the holodeck. They were the heroes, but they didn’t look or feel the part. They were misunderstood, put-upon, and forever out of place, space, and time.

I try to imagine tween-to-teen me plopped down in front of the TV watching “Star-Crossed” or “The 100” these days – my physics homework spread out in front of me, “Neuromancer” paused on the Commodore 128 off to my left – but it’s difficult. If you, for any of the myriad reasons that have always resulted in nerd-dom, feel truly alienated from those around you, but the fictional characters with whom you are traditionally supposed to identify look and act just like the cool kids, where do you turn for solace? Where do you look for yourself? What happened to bottling your normal human angst and channeling that energy into higher pursuits that involve lasers and stuff?  Conversely, if all the explorers, dreamers, exiles, and scientists wrestling with the mysteries of the universe are also the hot, glowering guys/girls who get all the girls/guys, then what’s so special about being a nerd?