Climate activists "will kill far more people than the Nazis ever did," Dr. Roy Spencer wrote 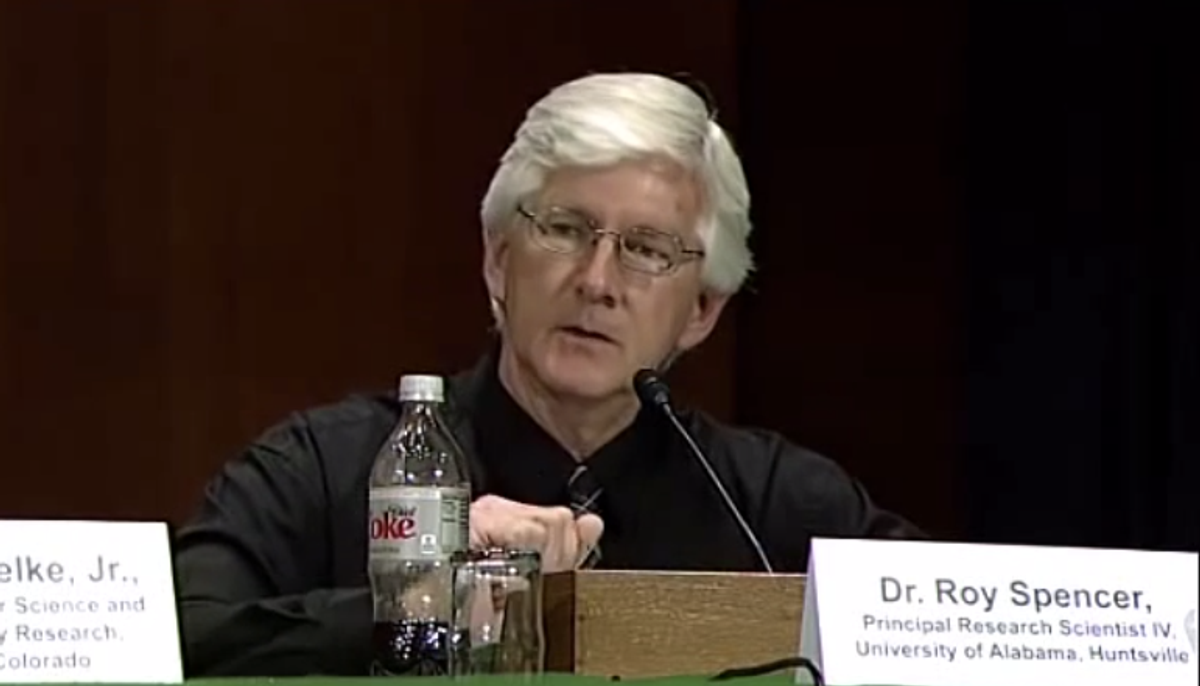 Dr. Roy Spencer is of that extremely rare breed of climate scientists who doesn't believe in climate change. Call him a "denier," though, and he'll call you a "global warming Nazi."

People who throw the phrase "denier" around, Spencer explained on his personal blog, have crossed a line beyond reasonable debate:

They indirectly equate (1) the skeptics’ view that global warming is not necessarily all manmade nor a serious problem, with (2) the denial that the Nazi’s extermination of millions of Jews ever happened.

Too many of us for too long have ignored the repulsive, extremist nature of the comparison. It’s time to push back.

While calling climate deniers what they are is reprehensible, Spencer added in an update to the post, the Nazi comparison is apt for climate activists:

...A couple people in comments have questioned my use of “Nazi”, which might be considered over the top. Considering the fact that these people are supporting policies that will kill far more people than the Nazis ever did — all in the name of what they consider to be a righteous cause — I think it is very appropriate.

Spencer isn't just some fringe figure who can be ignored -- even though both his research and his political motivation have been repeatedly called into question. Because of his unique positioning as someone with academic credibility to counter the consensus of most scientists, he's often quoted by the conservative media, and has been called upon by Republicans at least four times to present evidence before Congress.

This is but one more entry in a long-running debate: Both DeSmogBlog and Media Matters have more on the controversial use of the word "denier," and on the even more controversial equation of climate science with Nazism. But regardless of what you want to call people like Spencer, "repulsive" and "extremist" can perhaps best be used to describe his own position.