Watch an elephant reunited with her own kind after 37 years

After decades of circus life, Mila is finally interacting with a fellow pachyderm at the Elephant Odyssey complex 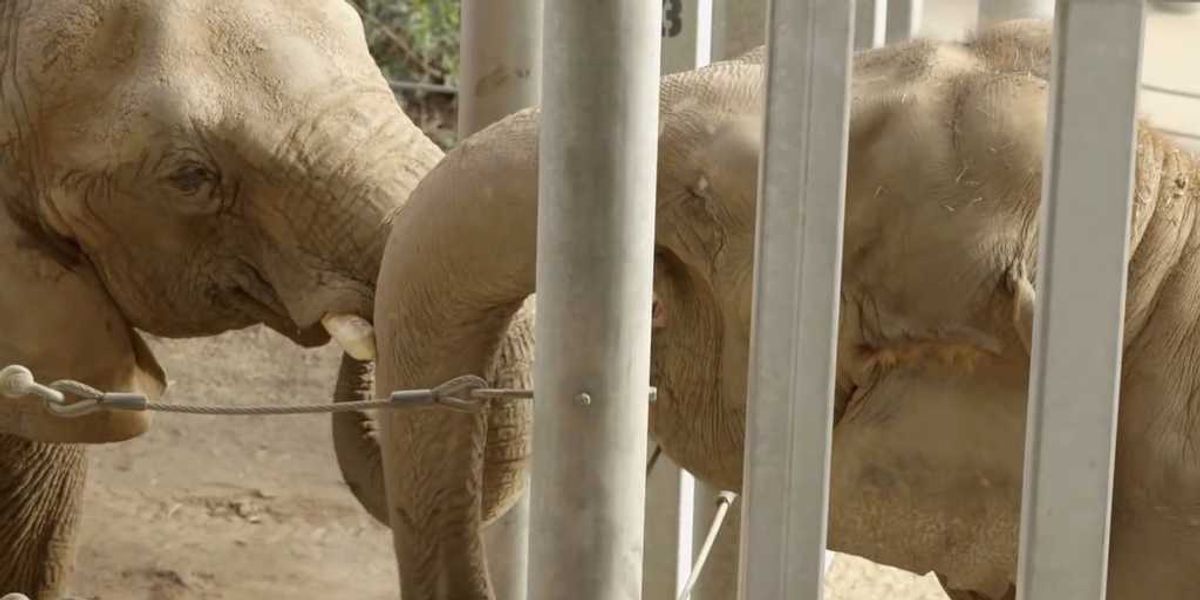 When Mila was still a young elephant roaming free in Africa, she was captured and sold to a circus in New Zealand. After living a solitary life and performance there for more than three decades, she was transferred to Franklin Zoo in Auckland and placed under the care of Helen Schofield, who aimed to eventually unite her with others of her kind.

Tragically, Mila killed Schofield by accident in 2012—but, as a way of honoring her memory, staff at the Franklin Zoo took up her favorite cause, raising about $1.5 million to pay for now 41-year-old Mila’s relocation to a healthier, more social setting. That sum secured safe transport to the San Diego Zoo, where, after a quarantine and adjustment period, she finally got to interact with a fellow pachyderm, Mary, the oldest animal and matriarch in the Elephant Odyssey complex.

Zookeeper Robbie Clark hoped that Mary would be able to teach Mila about life in a herd, and judging by their first interaction, they could soon be the best of friends. “Mary was curious of the newbie, while Mila was surprised to find something as big as her on the other side of the wall!” he said. The pair caressed each others’ faces and affectionately entwined their trunks—stroking behavior is thought to be how elephants “console or comfort loved ones,” while friendly trunk-wrestling is a sign of courtship.

We have a feeling Mila’s going to fit in just fine.