From "Crash" to "Vanilla Sky" to that "Phantom" adaptation, bet you didn't remember these movies had theme songs 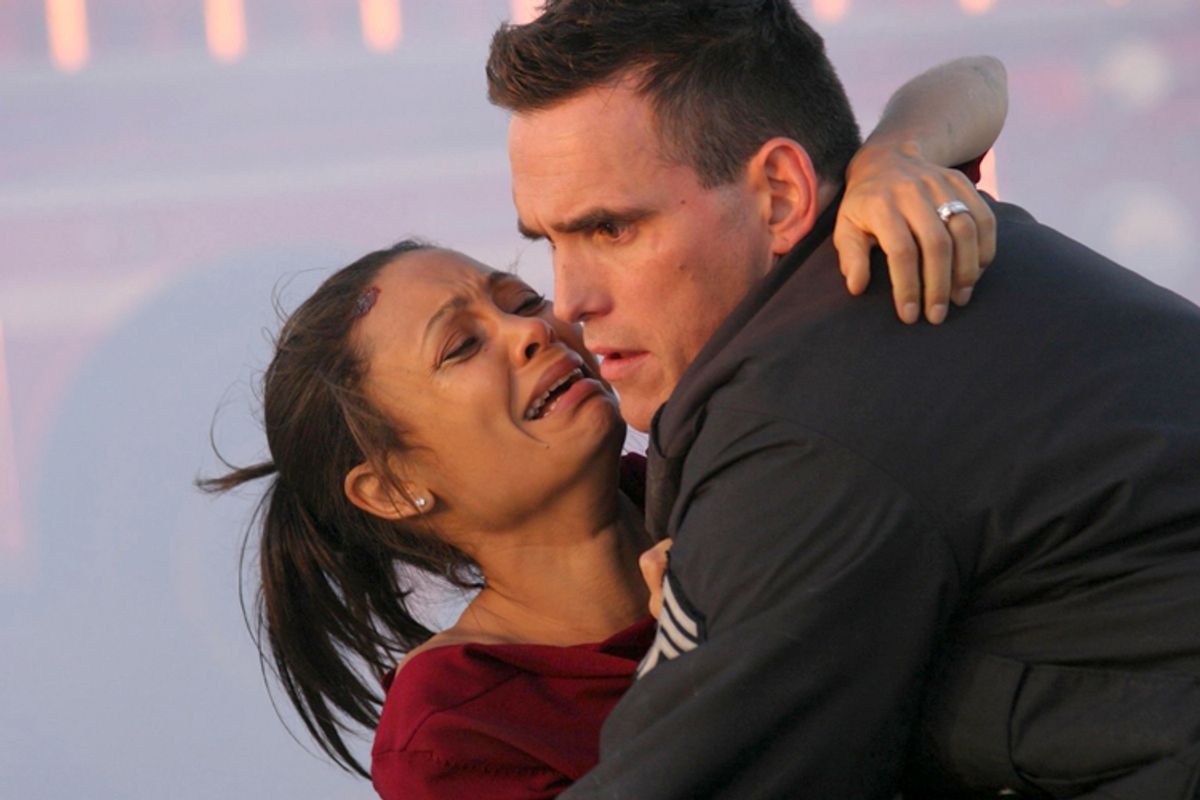 This year's best original song race at the Oscars is stacked top-to-bottom with stars: Pharrell Williams's "Despicable Me 2" tune, "Happy," is closing in on the number-one spot on the Billboard charts. U2's "Mandela: Long Walk to Freedom" song, "Ordinary Love," has already won a Golden Globe and sates the Irish supergroup's fans a bit in the gap between album releases. Karen O's "Moon Song" from "Her" is not merely the emotional high point of the film but also a lovely, low-key piece of music by a beloved singer-songwriter. And "Let It Go," the song that catalyzes the entire plot of hit animated film "Frozen," is a classic showstopper. All four will be performed at the Oscars.

But the music portion of the Academy Awards isn't always so consistent: Indeed, Oscar watchers dodged a bullet with the disqualification of the theme song from the movie "Alone But Not Alone" (What? Exactly.) due to overzealous campaigning. As music in movies has fallen out of favor, with fewer original musicals and Disney cartoons getting produced, the nominees in this category have included end-credits songs you didn't stick around for, paper-thin songs shoehorned into Broadway adaptations to try to snatch another nomination, and entries turned in by checked-out rock stars.

This year's successful field, full of well-liked songs that made an impact in their movies and are performed by well-known stars, may well be a fluke; though Adele won the Oscar last year, her fellow nominees included the theme song for a documentary on global warming and the song no one remembers from "Les Misérables." Sincere congratulations go out to those nominees, but really -- in a category that's been won by everything from "Over the Rainbow" to "Lose Yourself," shouldn't the field be comprised of songs you'd recognize on the radio, or have at least heard before?

Here are a few recent best original songs that raised our eyebrows. Maybe next year we'll have even more to add to the list.