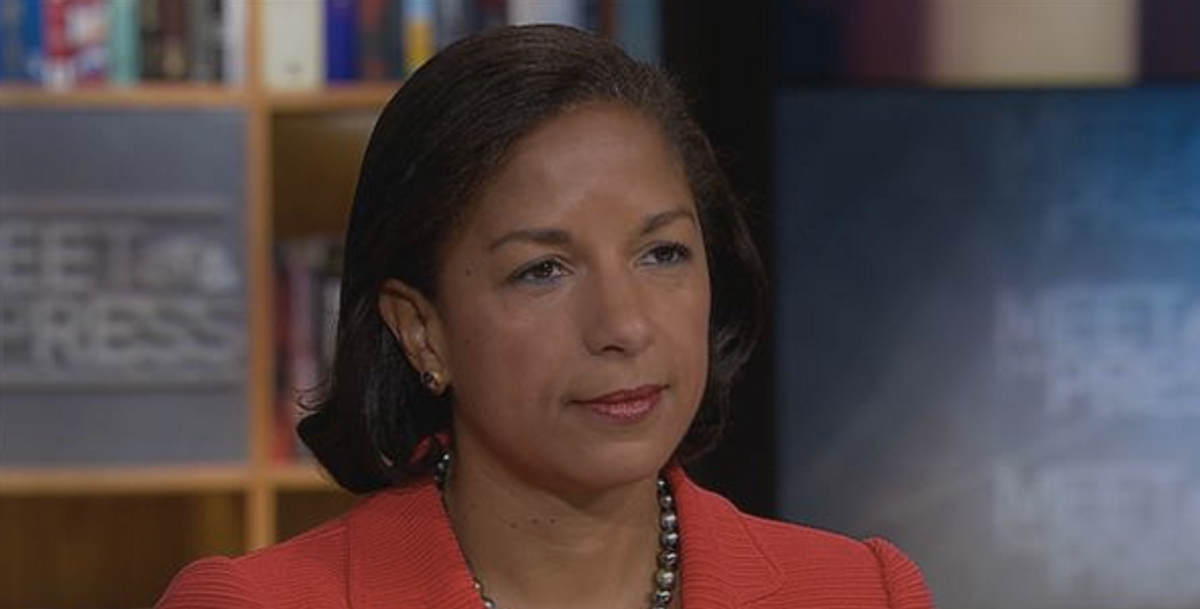 Appearing on NBC's "Meet the Press," national security advisor Susan Rice commented on the situation in the Ukraine. She noted that newly-ousted president Viktor Yanukovych was failing as a leader. "He's lost, Yanukovych has lost enormous legitimacy, despite having been originally democratically elected. By turning on his people, by using violence in the streets against peaceful protestors, and by flouting the will of the Ukrainian people," Rice told host David Gregory.

Weighing in on the international implications, Rice offered up a warning to Russia's Vladmir Putin, too. She said it "would be a grave mistake" for Putin to try to restore in the Ukraine the kind of government that Russia would like to see.

Meanwhile, on ABC's "This Week" Rep. Michael McCaul (R-Texas) called yesterday’s capture of Mexican cartel leader Joaquin “El Chapo” Guzman a “great victory” for the United States and Mexico, and called for his extradition to the U.S. to face charges.

In terms of homegrown scandal, Wisconsin's Republican governor Scott Walker appeared on "Fox News Sunday" to dodge questions about whether he knew of the existence of a secret email system in his Milwaukee County executive office. Documents released Wednesday suggested Walker knew his Milwaukee County Executive staff was illegally coordinating efforts with his 2010 gubernatorial campaign. Pressing the governor on this issue, host Chris Wallace asked Walker on whether he knew there was a private email account.

Walker commented, "Again, it's one of those where I point out the district attorney looked into every single one of those issues."

Wallace interjected: "But sir, you're not answering my question."

Walker replied, "No, because I'm not going to get into 27,000 different pieces of information."

Few surprises emerged. Perry notably commented that he had not ruled out a 2016 bid, while predictably also praising the Second Amendment