"Annihilation": Doomed expedition into the unknown 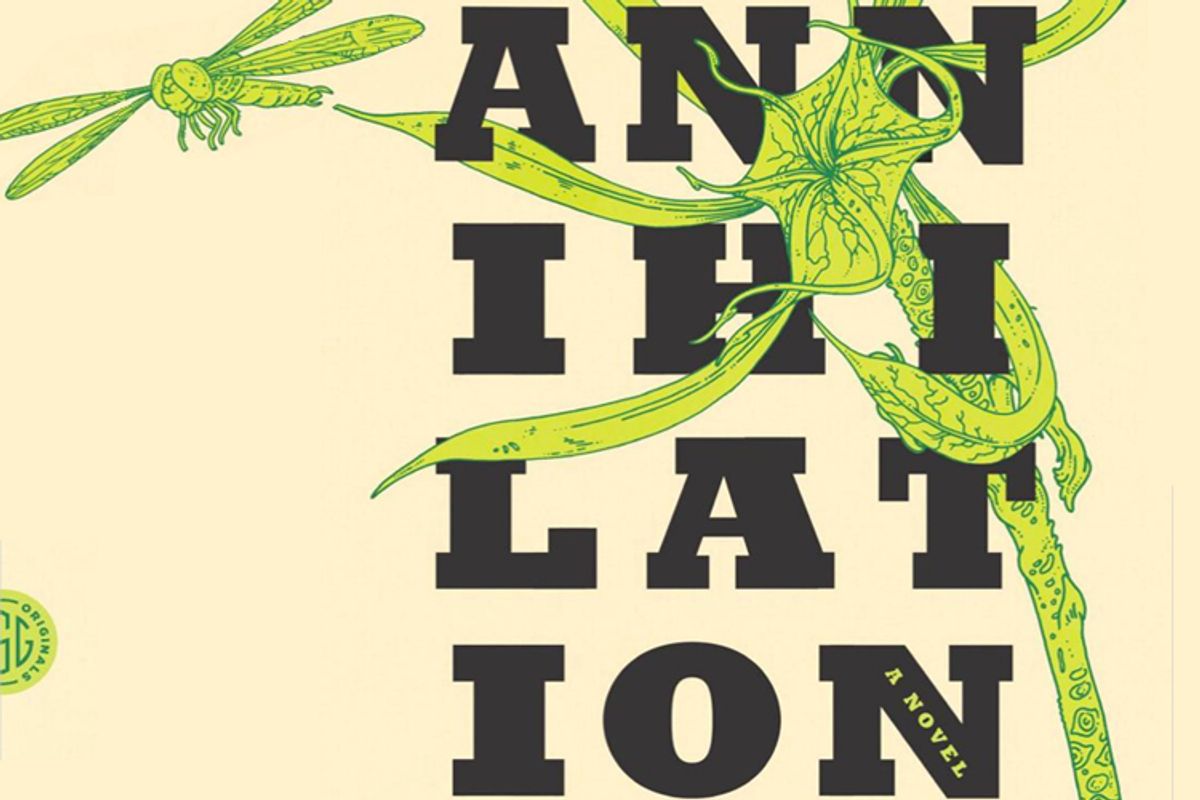 Jeff VanderMeer's new novel, "Annihilation," begins with a small expedition of scientists entering a coastal territory known only as Area X. They represent an odd assortment of specialities: a psychologist (the leader of the team), a surveyor (with military training), an anthropologist and a biologist, who is our narrator. We later learn that a linguist trained with the group, but she dropped out of the expedition at the last minute. What are they investigating, and why do they have to be hypnotized by the psychologist before crossing the border into Area X? Above all, what will they encounter there?

The premise of "Annihilation" sounds science-fictional, but the more convention-bound readers of that genre will likely find it perplexing. The novel describes some extraordinary, even uncanny, experiences, but VanderMeer's real subject is psychological states. There's a strong flavor of J.G. Ballard here, and more than a touch of Conrad and H.P. Lovecraft, yet the biologist is also deeply preoccupied with her failed marriage and the fate of her husband, who returned from an earlier expedition to Area X. What happened to him there and how he got back are events he cannot recall; in truth, he returned a man eerily different from the one who left, and he died shortly thereafter.

Most people would assume that the biologist volunteered for the expedition because she wanted to find out what happened to her husband in Area X. And perhaps she does, but what becomes increasingly clear as "Annihilation" progresses is that Vandermeer has immersed us in a mind that is almost as unusual as the environment it's studying. This is a woman who has enjoyed life most keenly while crouching alone near some tiny ecosystem -- a tide pool, a backyard pond, a vacant lot -- watching its residents go about their business for hours on end. She "could tell one sea anemone from another in an instant, could have picked out any denizen of those tidal pools from a lineup if it had committed a crime."

She also has little appetite for human interaction; her gregarious husband nicknamed her "Ghost Bird." Her real name, and the names of everyone else in this story, are never mentioned. The biologist explains that this is expedition policy: "We were meant to be focused on our purpose, and 'anything personal should be left behind.' Names belonged to where we had come from, not to who we were while embedded in Area X." Not that this bothers her much. Her inclination is to view human beings the way she views the creatures in the ecosystems she studies: in terms of their function. As the novel goes along, it becomes increasingly clear that she fears it was her detachment that finally drove her husband away.

Despite the biologist's meticulous and vivid observations of landscape and fauna, her narrative offers little information about the world she's come from -- not the country where this is taking place, nor very much more than general observations about the organizations that run it. This, along with the lack of names, gives her narrative the heady, dreamlike, archetypal quality of a fairy tale or fable; "Annihilation," while a novel of science, is not a novel of information or even, necessarily, of ideas. "I understood why no one lived in Area X now," the biologist explains, "that it was pristine because of that reason, but I kept unremembering it. I had decided instead to make believe that it was simply a protected wildlife refuge."

And yet Area X -- which was once inhabited by what the biologist refers to as "fisherfolk" -- is no national park. A weird moaning comes from the cypress swamp in the twilight hours, and some of the larger animals behave eccentrically. Strangest of all is a "topographical anomaly," a wide, cylindrical structure that the biologist thinks of as a tower, plunging deep into the earth. It appears on none of the expedition's maps. A staircase spirals downwards into the darkness, and when the scientists venture inside, they find, as they descend, a long, biblical-sounding sentence written on the walls. The substance of the letters, according to the biologist, "would have looked to the layperson like rich green fernlike moss but in fact was probably a type of fungi or eukaryotic organism."

Is it unsettling that the biologist finds this discovery exciting rather than creepy, especially after she and the surveyor find the stairs further down covered in a golden slime? Perhaps no more so than the revelation, once they return to the surface, that the psychologist has been systematically controlling the group with a whole phalanx of hypnotic suggestions, an influence to which the biologist has become suddenly immune. The expedition, riddled with deception and paranoia, begins to fracture, and VanderMeer masterfully conjures up an atmosphere of both metaphysical dread and visceral tension in counterpoint to the biologist's invariably cool, precise language. "Annihilation" is a novel in which facts are undermined and doubt instilled at almost every turn. It's about science as a way of not only thinking but feeling, rather than science as a means of becoming certain about the world.

It's also the first novel in a trilogy, the second book of which, "Authority," turns to the government agency tasked with studying and containing Area X. You could, however, read "Annihilation" and stop right there; readers with a particular taste for enigmatic, Kafkaesque fiction could well find that more satisfying. Instead of linking the novels with a narrative thread that runs straight through all three books, VanderMeer's Southern Reach trilogy progresses more like the filming technique known as iris-out. It begins with a very tight focus, on this self-isolating woman and her struggle, in a surreal landscape, to understand how she lost the one connection she valued. In the next (and then, presumably, the third and final) book, the focus widens to take in the social context that the biologist finds so uninteresting. It's an ingenious method, one capable of satisfying both those readers who prefer the unresolved and the those who need and demand to have every question answered and every plot point tied up with an explanatory bow. Your choice.