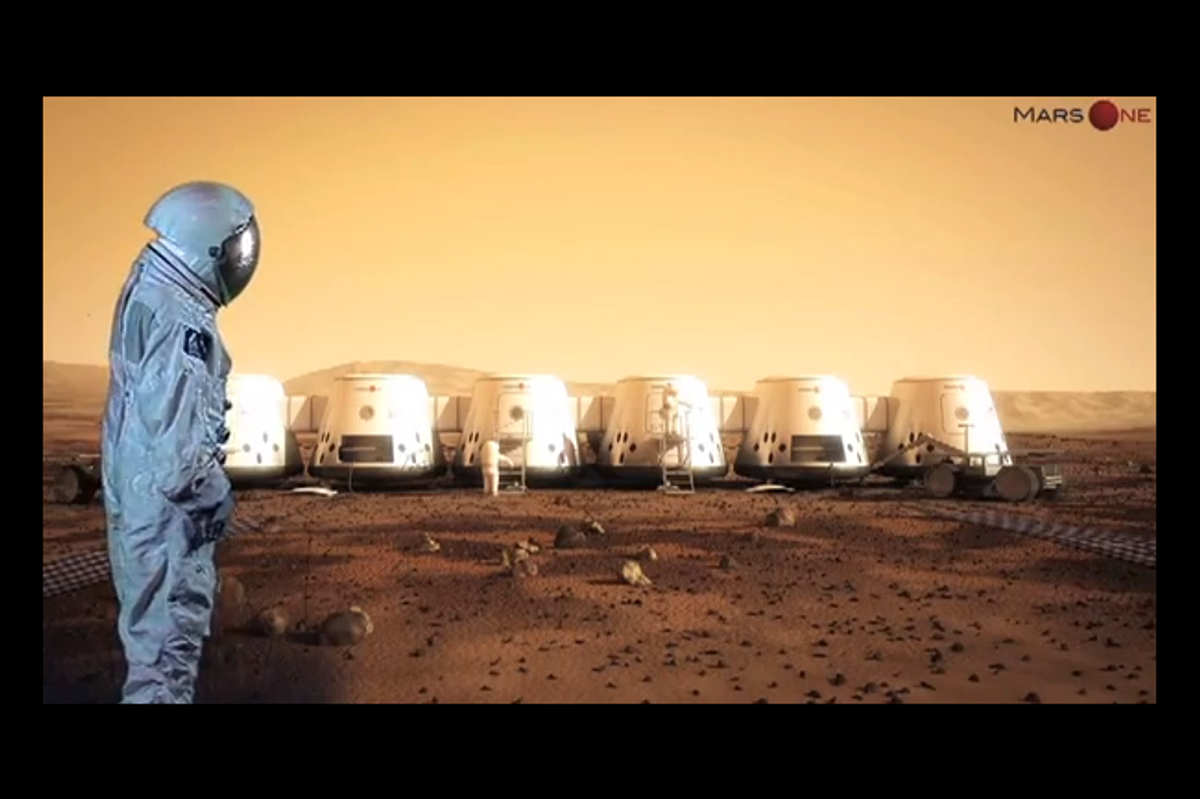 Regardless of your religious creed, there are plenty of reasons not to sign up for the Mars One mission to the Red Planet.

For a start, Mars has no breathable atmosphere and almost no water.

And if you thought the Arctic air blasting across North America this winter was cold, think again. The average temperature on Mars is minus 80 degrees Fahrenheit.

But here's another reason you may not have considered: Such a journey may be deemed sinful — at least if you are Muslim.

That’s the view of a group of imams in the United Arab Emirates, which has reportedly issued a fatwa against Muslims making the “hazardous trip.”

Likening the mission to suicide, the General Authority of Islamic Affairs and Endowment said Muslims risked dying for no “righteous reason” and any Muslim making such a foolhardy trip could receive the same punishment as those who killed themselves.

The imams cited various verses of the Koran as evidence that Muslims attempting to start a new life on Mars was out of the question.

“Such a one-way journey poses a real risk to life, and that can never be justified in Islam,” the committee said.

“There is a possibility that an individual who travels to planet Mars may not be able to remain alive there, and is more vulnerable to death.”

And just in case Muslims thought Mars was remote enough for them to escape punishment, the imams had this to say: “This is an absolutely baseless and unacceptable belief because not even an atom falls outside the purview of Allah, the Creator of everything."

It is not clear how many Muslims, if any, have made it through to the second round of the selection process for the Mars One mission, which aims to establish a permanent human settlement on the planet by 2025.

The Dutch-based non-profit organization claims it received more than 200,000 applicationsfor the one-way journey, which the Khaleej Times said included some 500 Saudis and other Arabs.

That list has since been narrowed down to 1,058 candidates.

Mars One will then select up to 40 people to take part in seven years of full-time training in preparation for the first mission, which will cost $6 billion.