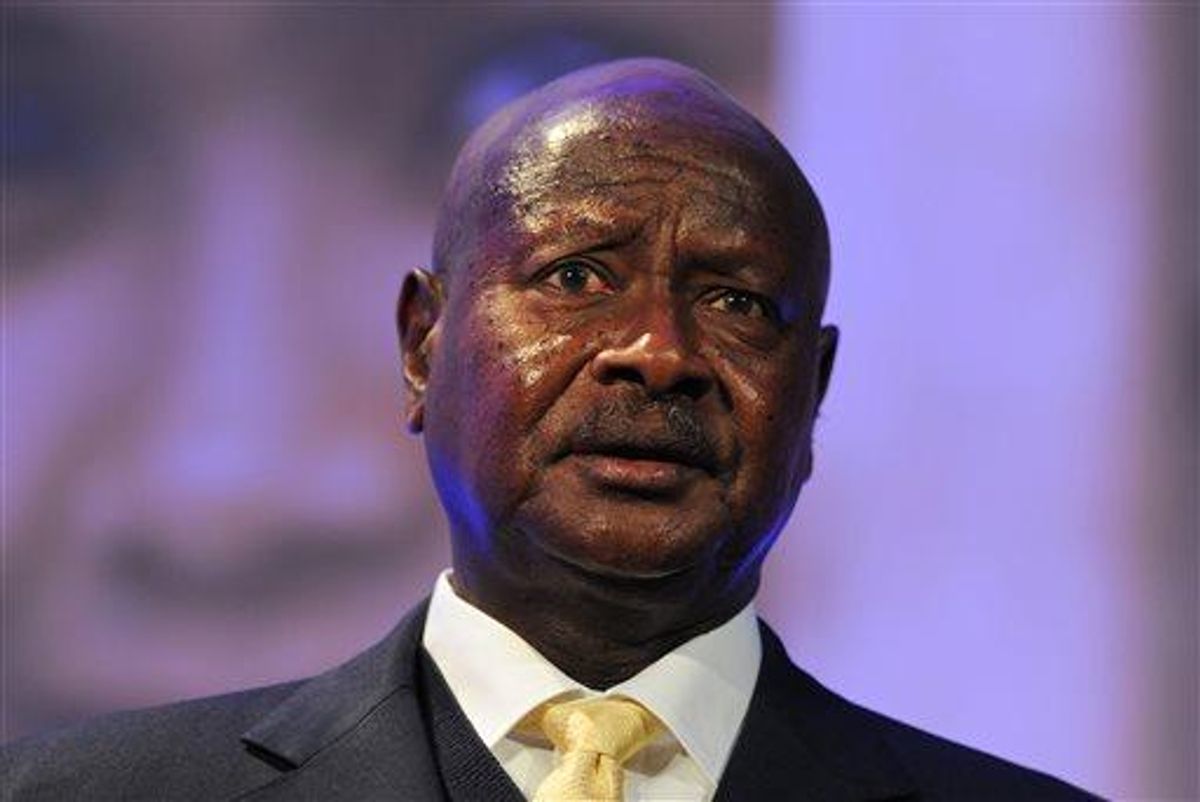 Ugandan President Yoweri Museveni on Monday signed into law a measure criminalizing what the bill defines as "homosexual offenses," including sex between LGBTQ individuals and the failure to "report" an LGBTQ individual to authorities, among other acts.

LGTBQ activists in Uganda have been organizing against the measure since it was first proposed in 2009. In its original form, the measure imposed the death penalty on individuals found guilty of "aggravated homosexuality"; the current includes penalties ranging from 14 years in prison to a  life sentence.

As the New York Times reports, Ugandan government spokesman Ofwono Opondo said Museveni signed the measure “with the full witness of the international media to demonstrate Uganda’s independence in the face of Western pressure and provocation," a reference to international opposition to the measure, from President Obama and others.

Archbishop Desmond M. Tutu of South Africa condemned the measure over the weekend. “We must be entirely clear about this: the history of people is littered with attempts to legislate against love or marriage across class, caste, and race. But there is no scientific basis or genetic rationale for love," he said. “There is no scientific justification for prejudice and discrimination, ever. And nor is there any moral justification. Nazi Germany and apartheid South Africa, among others, attest to these facts.”

Clare Byarugaba, an LGBTQ activist and co-coordinator of Uganda's Civil Society Coalition on Human Rights and Constitutional Law, expressed a resolve to keep fighting for LGBTQ rights after the Ugandan parliament first passed the measure in December. Her words seem just as crucial in the wake of Museveni's decision to further enshrine anti-LGBTQ discrimination into Uganda's law. "I feel like we have to stay and fight because there’s so much work that needs to be done," she told the Advocate in December. "As activists, we can’t just abandon the community. We already feel like we failed them by not anticipating Parliament’s actions, so we can’t really run away at this point. We have to stay and figure out how to move forward. And we haven’t lost hope."