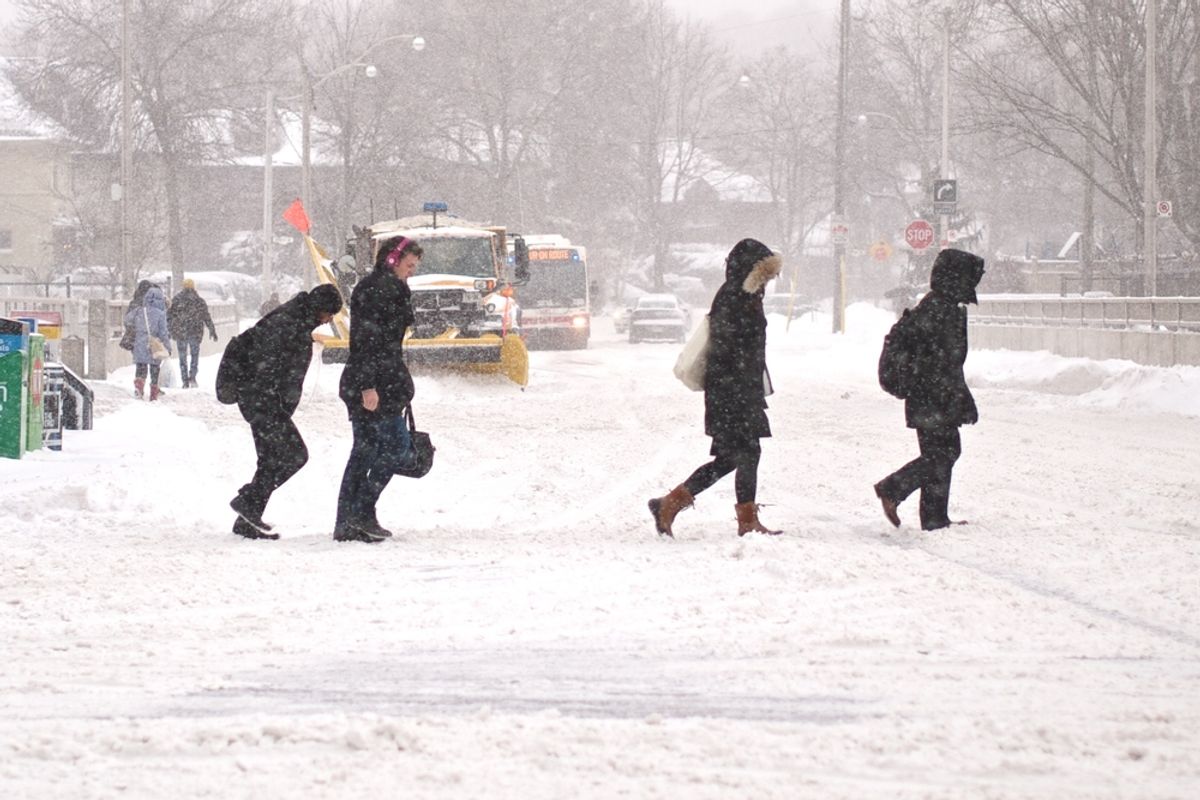 Even as the majority of us acknowledge that climate change is going to be really bad, some are still holding out hope that it won't be all bad. Milder winters would be kind of nice, after all. Even the U.N., while acknowledging that climate change will be mostly bad for human health, figures that, at the very least, there will be some "positive effects," including "modest improvements in cold-related mortality and morbidity in some areas due to fewer cold extremes, shifts in food production and reduced capacity of disease-carrying vectors."

Nope, says a new study. Back in the day, the researchers argue, cold weather could be expected to contribute to increased deaths -- and in the U.K. between 1951 and 1971, there was definitely a strong correlation between the two. But nowadays we have things like heating, healthcare and "greater awareness of the risks of cold," and so the association between cold days and mortality rates isn't really something we see any longer. While there's been a vast reduction in winter deaths (31,000 in 2012 compared to 60,000 in the '50s), this can mostly be attributed to those other factors. Climate change appears to have little to do with it.

The only thing that does appear to affect mortality rates these days is the flu -- and as Vice explains, the science is still out on what climate change will mean for that.

The study, which is published in the journal Nature Climate Change, looks specifically at England and Wales, but its authors told Reuters that their results can probably be applied to most developed nations. And while future winters will be milder, they added, they won't be any less volatile. As extreme weather events tied to climate change become more common, the winter death rate could even end up rising.