When it honors makeup, the academy dispenses with anything highbrow and just honors the gross, cool or scary 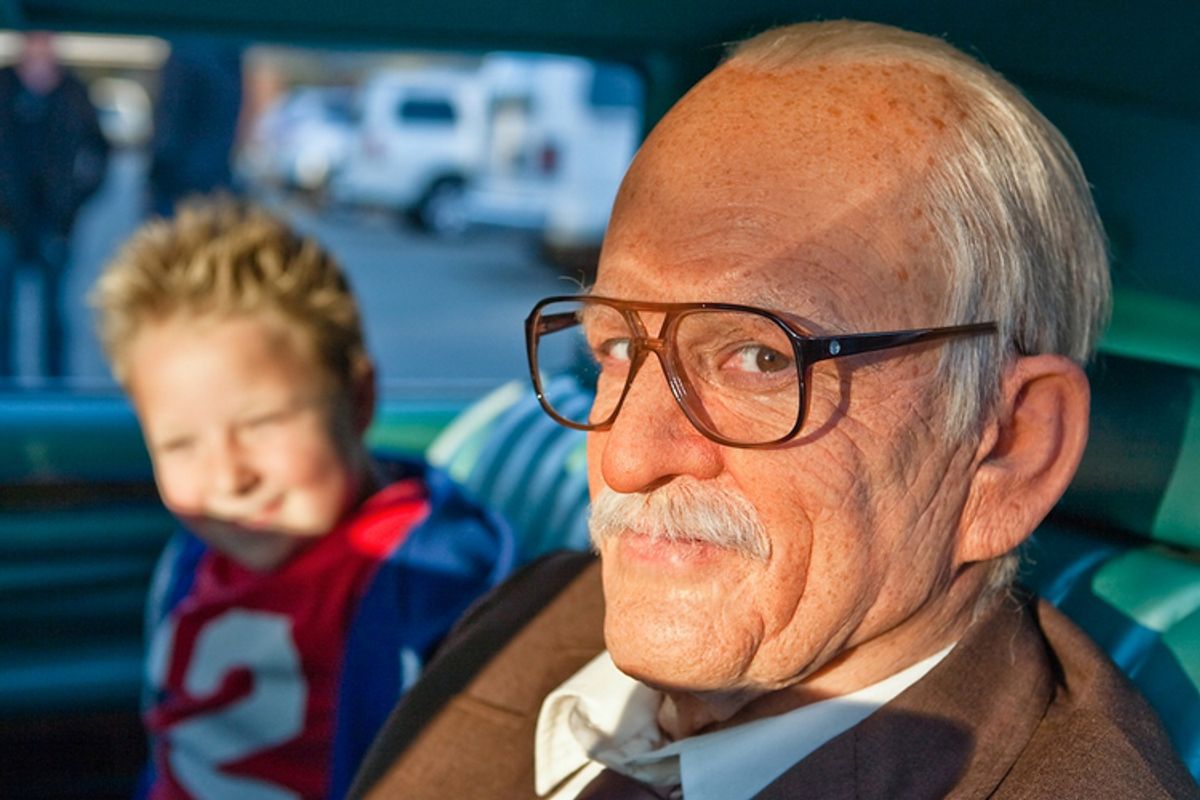 Here's a list of some of the mediocre-to-utterly-reviled movies from the past decade or so: "Apocalypto," the Mayan-language Mel Gibson thriller. "Click," in which Adam Sandler gets a magical remote control. "The Time Machine" -- the 2002 one, with Jeremy Irons as a Morlock. "The Wolfman," a Benicio Del Toro horror flop. "Hitchcock," a lukewarm biopic. "Norbit," the Eddie Murphy-in-obese-lady-drag vehicle so famously offensive it's credited with losing Murphy an Oscar. "Jackass Presents: Bad Grandpa" and "The Lone Ranger," two less shining moments from last year's cinema.

Many of these movies have been forgotten by time, but they're enshrined by the academy -- that's right, each of them has more Oscar nominations than whatever was your favorite little character-driven indie film last year. The best makeup Oscar has long been the place where Oscar honors those films unlikely to get love anywhere else. It's a terrifically weird moment in the evening -- and a great reminder that Hollywood isn't solely defined by its most tasteful work.

This year's category is typical: "Bad Grandpa," in which "Jackass" ringleader Johnny Knoxville was aged up to play a dirty-minded octogenarian, and "The Lone Ranger," with Johnny Depp as an American Indian, share space with the AIDS patients of best picture nominee "Dallas Buyers Club." The pre-nominations shortlist of eligible films maintained this balance, featuring one other best picture nominee ("American Hustle") and one bomb dumped last January ("Hansel and Gretel: Witch Hunters").

How to account for the best makeup category's weakness for the oddest Hollywood has to offer? Consider that in practically all of its categories, Oscar doesn't really honor the best -- it honors the most. Last year's winning director, Ang Lee, and original screenwriter, Quentin Tarantino, can testify that directing and writing that goes for something big and bold will win out over something a little more subtle. So, too, would scenery-chewers from Marlon Brando and Katharine Hepburn to Jack Nicholson and Meryl Streep; quiet, internal performers don't tend to pick up hardware on Oscar night. The best cinematography is usually wildly showy; the best costumes usually elaborate and baroque, larded with references to past eras. When you're appealing to a consensus vote, the most broad and clear work is most likely to win.

So it is that this year, the best makeup category features nominees that transformed three healthy white men (Knoxville, Depp and "Dallas Buyers Club's" Jared Leto) into an old man, an American Indian and an HIV-positive trans woman. "Gravity" and "12 Years a Slave" may be the best picture front-runners, but the makeup work there was not nearly as obvious to the Oscar voters. While overacting and elaborately challenging directing tend to be correlated with tasteful movies, complicated makeup tends to surface in movies about gross creatures or outlandish aging or weight gain.

But the best makeup category is great for precisely this reason. The degree to which, say, the acting categories tend to honor tricks (putting on a fake accent, gaining or losing weight) or the directing category tends to honor big, ambitious projects at the expense of the interestingly small and intimate -- the degree to which they're the "most acting" and "most directing" categories -- generates as much garbage as it does great work. Actors aiming for an Oscar by signing on to a benighted project for which they'll get to uncork a new accent or revamped body are as likely to wildly overreach as they are to do good work, and even the best performance as a historical figure or handicapped person feels like more of the same end-of-year "quality" fare from an Oscar-baiting Hollywood.

But no makeup artist takes a job because they want to win an Oscar -- they simply want to do their best. There's no such thing as Oscar-bait makeup. Done well, subtle makeup work can enhance a film, but the wild prosthetics the Academy tends to honor are often the best part of a very bad movie. That doesn't mean it doesn't deserve to be honored: Indeed, showing up to work on a junky Hollywood movie every day and doing your very best to enhance the thing is precisely the sort of workmanlike flair that often gets lost in the Oscars' celebration of huge stars.

To their credit, the makeup branch of the academy finds great work in movies that the rest of the academy, to its own credit, overlooks. "The Wolfman" certainly deserved no Oscars for acting, directing or writing. But the moment at the 2011 Oscars during which presenter Cate Blanchett couldn't bear to look at the footage and announced, "That's gross," was revelatory. How many performances are so viscerally affecting that an awards presenter would look away and say, "That's moving"?

We'd really lose something if the best makeup category were filled out, each year, by whichever of the three best picture nominees had the most good-looking hairdos and foundation. Best makeup is a valuable reminder not merely that Hollywood, which brings out its marquee biopics and historical dramas at year's end for awards time, is founded on cheap and visceral thrills. It's a reminder, too, that those projects we're inclined to dismiss out-of-hand employed people who didn't know the movie was destined to be dismissed by the blogging class. They wanted not necessarily be the best but to scare, to delight, and to convince.