Arizona Republican searching for example to justify anti-LGBTQ bill: Can I get back to you tomorrow?

When asked to cite a single example of religious discrimination, state Sen. Al Melvin asked for a 24 hour extension 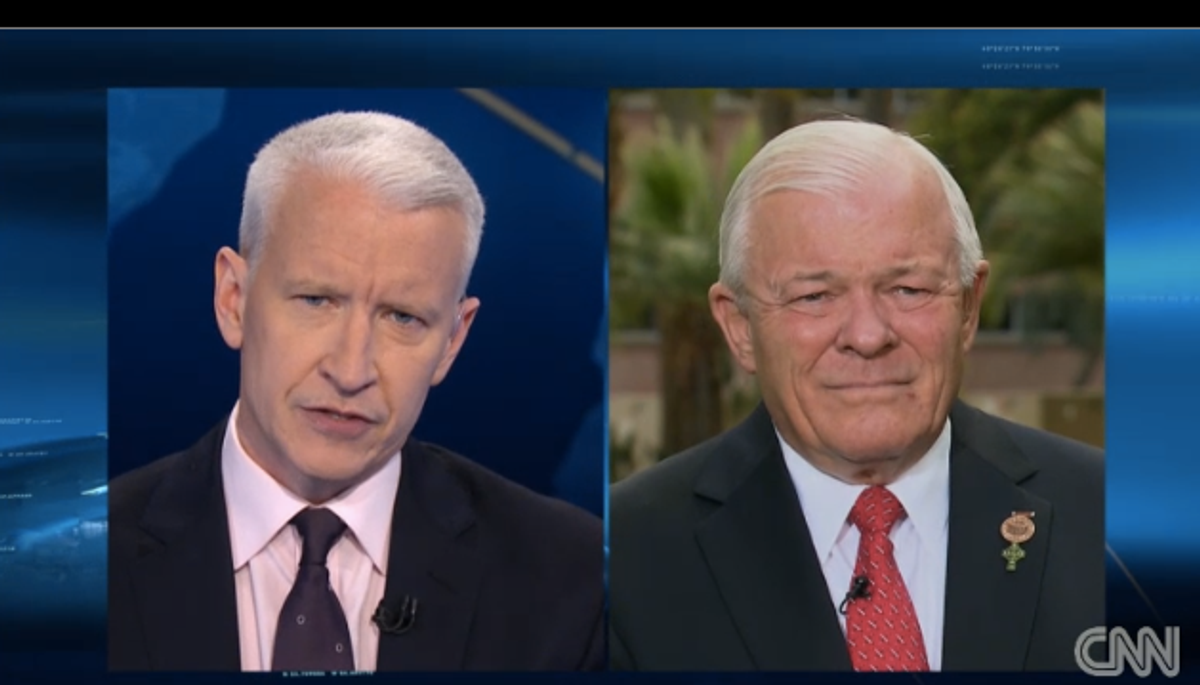 A longtime political adviser and two other members of Arizona Gov. Jan Brewer's inner circle have said she will in all likelihood veto SB 1062, a measure that plays at corporate personhood and enables private businesses to discriminate against LGBTQ patrons.

Chuck Coughlin, Brewer's longtime adviser, told NBC News, “It’s been her proclivity in the past to focus on the priorities she wants them [the legislature] to accomplish, and this was clearly not part of her agenda.”

Three state Republicans who voted for the measure have also expressed buyer's remorse, telling the Arizona Republic that the fallout from the measure is causing the state "immeasurable harm."

When asked by Anderson Cooper to provide an example of how the measure will "protect" people in Arizona, Melvin was totally flabbergasted and asked for some more time to come up with his answer:

COOPER: You say it’s all about protecting people of faith in Arizona. Can you give me a specific example of someone in Arizona who’s been forced to do something against their religious belief or [been] successfully sued because of their faith?

MELVIN: Again, I think if anything, this bill is preemptive: to protect priests —

COOPER: You can’t give me one example of this actually happening?

COOPER: You can’t cite one example of where religious freedom is under attack in Arizona.

MELVIN: Not now, no, but how about tomorrow?

Later in the interview, Melvin says that he does not believe the bill is discriminatory because people in Arizona do not discriminate, which is a lovely little tautology and should definitely put any criticism of SB 1062 to bed once and for all.