When it comes to analyzing false Obamacare ads, some right-wing journalists are more "right-wing" than "journalist" 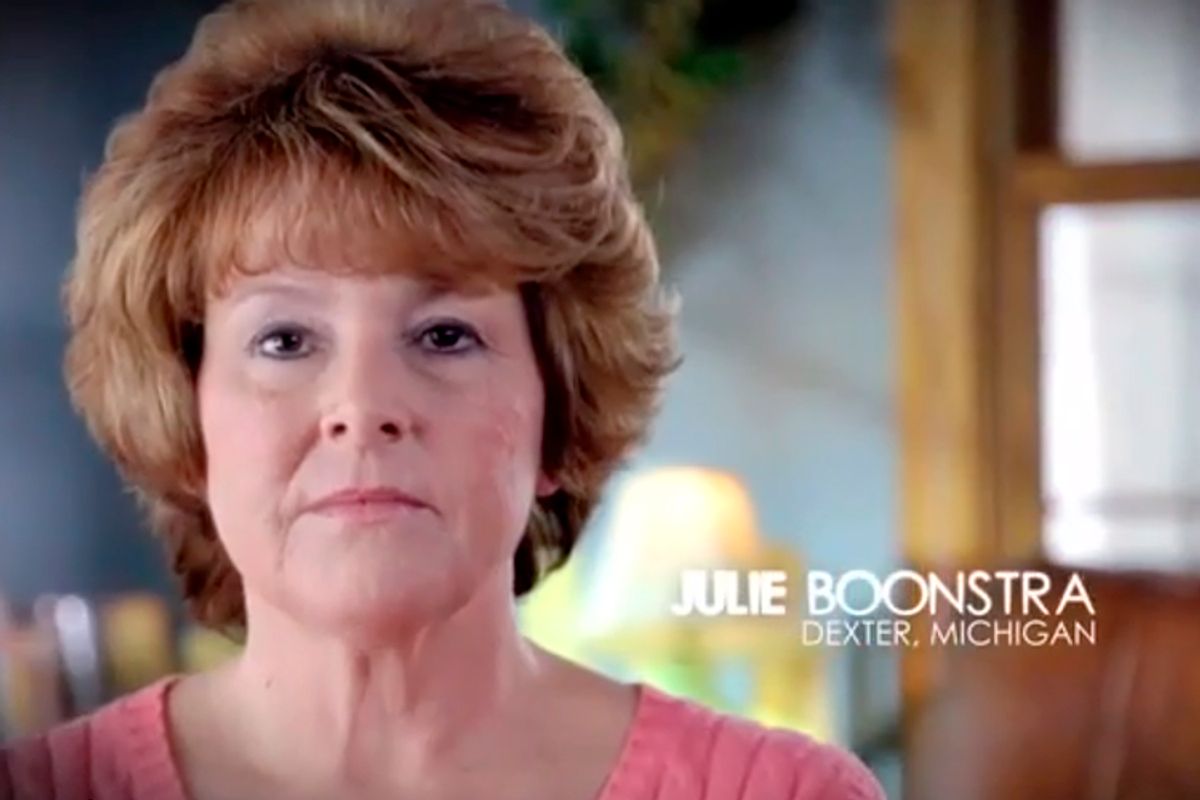 Still from "Julie's Story: It's Time to Listen" (youtube.com/Americans for Prosperity)
--

One of the built-in benefits of producing anti-Obamacare attack ads is that you can insulate them from scrutiny by attacking anyone who questions the presented facts for insulting a sick person or an ACA victim.

That kind of argumentum ad hominem doesn't really surprise me coming from the political operatives who make the ads (though it's worth noting that not all flacks resort to the same tactic).

But it's not just coming from them. It's also coming from some conservative journalists, who apparently believe their vocation involves abetting dishonest pressure groups.

Welcome back to the hack gap.

The article linked in the above tweet admittedly does not argue for impunity as explicitly as its headline does. But it rationalizes a lower standard of scrutiny for political attack ads by directing a tu quoque critique at journalists whom they deem insufficiently critical of President Obama. By that standard, this article should never have been written.

There's also this kind of abetting.

You can question the political wisdom of Peters' move all you want. And you can question the merits of rules that leave TV stations on the hook for the truthfulness of certain ad content. But you can't feign outrage at Peters in particular unless you're also willing to:

1) Pretend that this doesn't happen in campaigns all the time.

2) Pretend that incumbent candidates -- "government representative[s]" -- should be inherently more vulnerable to misleading attacks than challengers.

3) Ignore it when politicians you support do the same thing, or take things further by sending actual cease and desist letters to TV stations -- such as this one, from Michigan Gov. Rick Snyder's lawyers, dated less than three weeks ago.

I'll be happy to admit it if I'm wrong, but I don't recall liberal journalists comparing Snyder or any other GOP incumbent to Vladimir Putin for sending lawyer letters to TV stations. To do that with a straight face you have to be pretty new to the game, or not on the level.