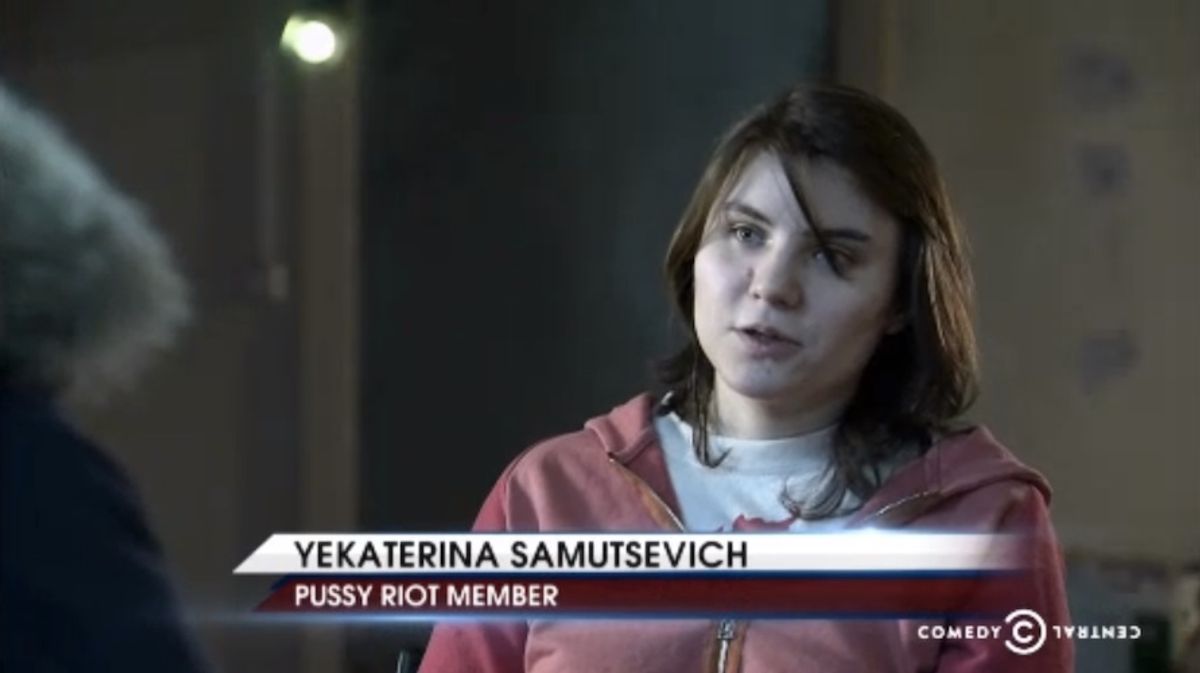 "Russians are a lot like us," concluded "Daily Show" correspondent Jason Jones at the close of his two-week series of comedy segments timed around the Olympics. "But the one glaring thing that sets us apart is that Russians are bonkers. They do crazy [bleep]."

Jones spoke to Yekaterina Samutsevich, a member of the infamous anti-Putin activist punk rock group Pussy Riot, about the country's surveillance. She couldn't go into detail about Pussy Riot's future plans, however, as the room was likely bugged.

From extreme sports like parkour, to anti-government protests, Jones decided that Russians are simply tougher than Americans.