CNN commentator to Ken Cuccinelli: You are a homophobe

"I would say that you, personally, are probably a homophobe," said LZ Granderson to the Virginia attorney general 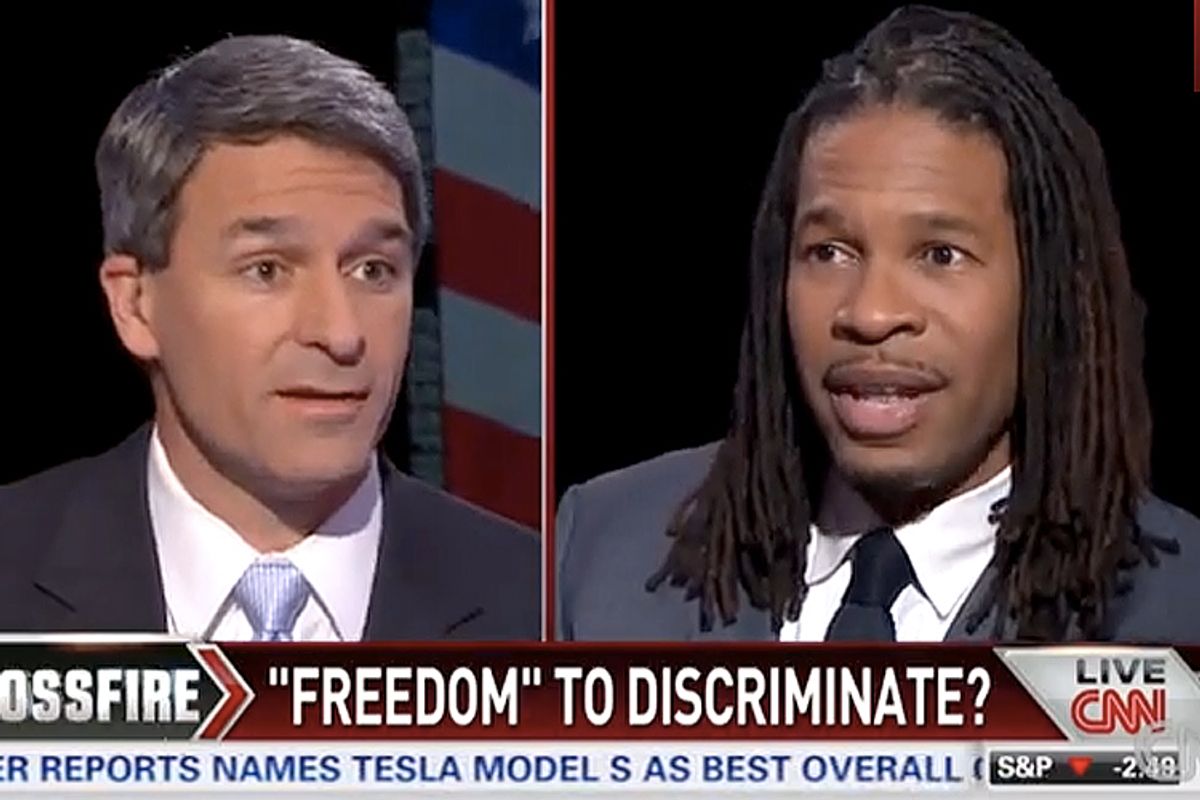 As attorney general of Virginia, Ken Cuccinelli fought long and hard to reinstate an unconstitutional law banning consensual sodomy in the state. Defending his record as a state senator who routinely opposed basic legal protections for LGBTQ people, Cuccinelli explained, "My view is that homosexual acts, not homosexuality, but homosexual acts are wrong. They’re intrinsically wrong. And I think in a natural law based country it’s appropriate to have policies that reflect that.” He believes that letting gay adults get married "harms children," and that the "homosexual agenda" (presumably he means the movement to gain equal rights for LGBTQ individuals and families) "brings nothing but self-destruction, not only physically but of their soul."

Cuccinelli is, in short, a homophobe.

Which is precisely what CNN commentator LZ Granderson told him to his face on Tuesday night.

No couching Cuccinelli's bigotry in neutral phrases like "supports anti-LGBTQ policies" or "opposes marriage equality," just a blunt and accurate naming. No attempt to make Cuccinelli feel that his beliefs -- that LGBTQ individuals don't deserve basic job protections or that LGBTQ families are a social blight -- are valid or part of an "intellectual" disagreement worth indulging. Instead, Granderson tells Cuccinelli -- flat out, "We all know your history ... I would say that you, personally, are probably a homophobe."

It's a gratifying exchange, really. Wish it would happen more often.