Is "Ghostbusters" secretly an anti-EPA screed?

Quartz's Matt Phillips calls it the best movie ever made about Republican economic policy. He may have a point 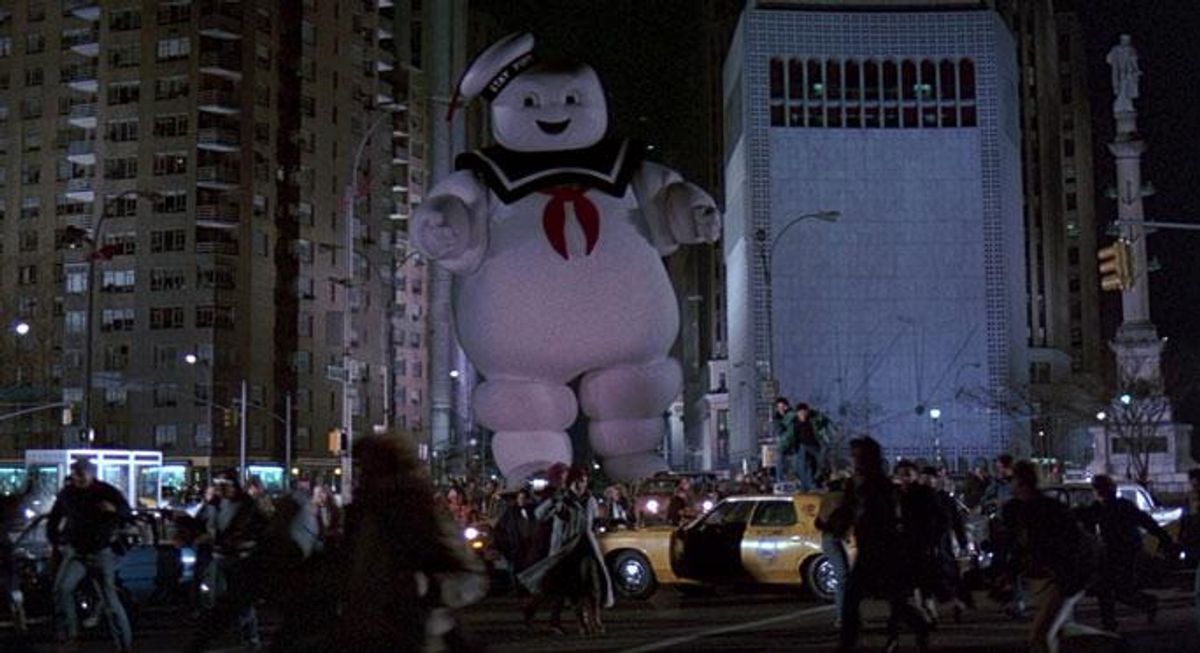 The death of Harold Ramis this week has a lot of people (including me) thinking back fondly on the films that he wrote, directed, and starred in, including my personal favorite: Ghostbusters. (I’ll accept arguments that Groundhog Day is the superior Ramis film, but Ghostbusters was more central to my childhood, and thus gets my personal nod.)

Over at Quartz, Matt Phillips calls the 30(!)-year-old comedy classic “the greatest movie ever made about Republican economic policy.” Say what? As Phillips acknowledges, it’s hard to accept that a film co-written by Ramis and Dan Aykroyd, who so often poked fun at authority and the establishment, was out to glorify Reaganism. But he gamely makes the case:

Even the most obtuse Ghostbusters fanboy has to concede one thing. The real villain in Ghostbusters isn’t Gozer the Gozerian. It’s a bureaucrat from the Environmental Protection Agency. Seriously, it’s the government—specifically the federal government—personified in the odious William Peck of the EPA, that unleashes hell on New York. Dangerously ignorant of what it takes to run a small business, Peck ... cuts the power supply to the containment unit where Aykroyd & Company store their busted specters. The politics of this scene couldn’t be more clear:

I doubt if my pre-teen brain grokked that particular message as it was being blown away by protoplasmic blobs and nuclear accelerator packs. Phillips is right, though, that a good deal of America absorbed a “government is the enemy” message during the Reagan years. And unfortunately, that way of thinking is still with us today. (Gallup surveys show distrust in “Big Government”—more so than business or labor—surging in the 1980s and continuing to grow until the present, with only a slight dip after 9/11 and again during the 2008 financial crisis.)

We can’t blame Ghostbusters for this, of course (and in the case of NSA surveillance and Congressional brinksmanship, perhaps that distrust is more than earned). But let’s not mistake a nice narrative arc as an accurate reflection of reality. Do government bureaucrats get it wrong sometimes? Sure. But clearly the financial crisis—not to mention environmental disasters like the 2010 Deepwater Horizon blowout, the Kalamazoo River tar sands spill, and this year’s water-pollutingchemical and coal ash dumps—show that it’s more often a lack of regulations and weak government oversight that lead to catastrophe, whether it’s marshmallow coated or not.

Just this week, the Houston Chronicle is out with an eye-opening investigation of the Texas oil patch, which reveals that the recent fracking boom has been a terrible bust from a worker-safety standpoint: more than 250 have died on the job since 2007. And in our own pages, journalist Ted Genoways chronicles how the explosion of factory farms in Iowa, combined with a lack of government oversight, is poisoning the state’s drinking water.

How do we square these almost-everyday examples of unregulated industry run amok with America’s perceived distrust of government oversight? Well, for one thing, let’s remember that many of those same public opinion surveys show that although Americans might not like “Big Government” as a concept, they’re very supportive of specific government action on important things like protecting air and water.

Recent surveys by the American Lung Association, for instance, consistently show that a large majority of voters support the Clean Air Act and government efforts to reduce air pollution, including the greenhouse gases responsible for climate change. You wouldn’t know that based on the conversation in Washington, though, where “job-killing regulations” and claims of “government overreach” still get all the soundbites. It’s almost like politicians haven’t been paying attention for the last 30 years.

So if you, like me, are planning to rewatch Ghostbusters as a Ramis tribute this weekend, don’t let the EPA-as-bad-guy message fool you. As Phillips concedes, it’s just a movie, after all. And you don’t need total consciousness to see that.