Must see morning clip: The ghost of Ronald Reagan is haunting Ukraine

Fox News criticizes President Obama for not intervening in the European country, like Reagan would have done by now 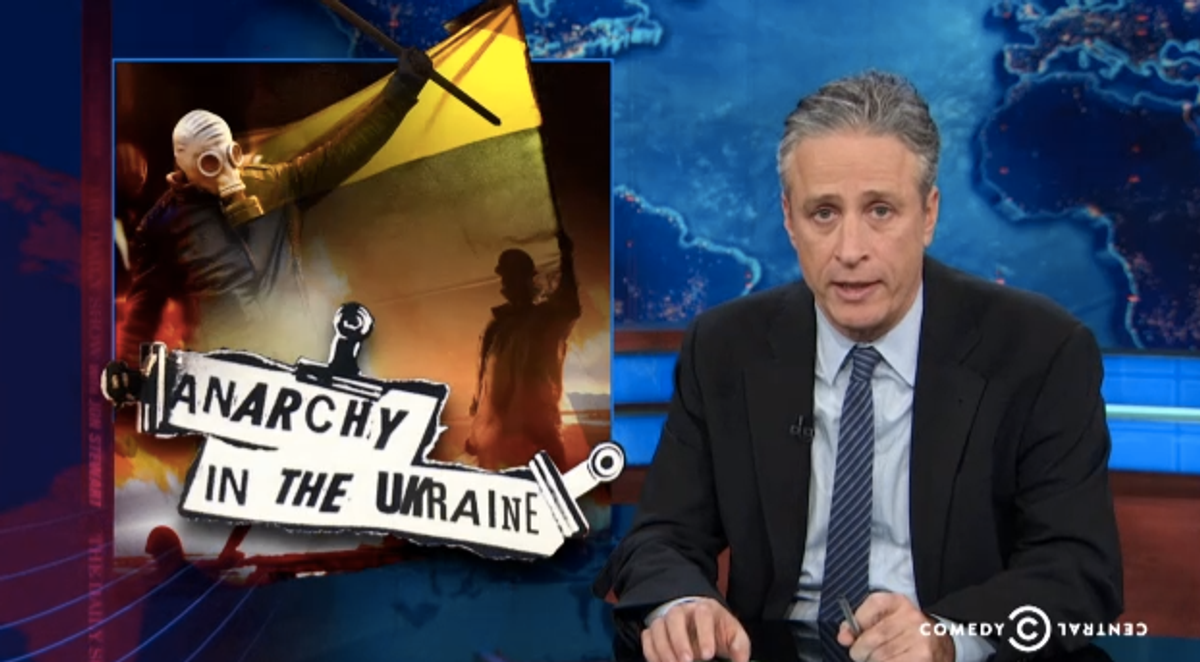 Ukraine is currently in a state of anarchy, after a populist rising prompted the nation's Putin-backed leader, Viktor Yanukovych, to flee the country. Awaiting elections for an interim president, the pro-Western European country is in the middle of its worst political turmoil in years, Jon Stewart explained to audiences on Tuesday night's "The Daily Show." All some American media pundits (cough, Fox News, cough) can focus on, however, is what this means for America and midterm elections.

Criticizing President Obama for his reluctance to intervene, Fox News media pundits invoked the spirit of Ronald Reagan, who would have put a kibosh to all this unrest and armed some rebels in the name of democracy, by now. (Because that foreign policy hasn't come back to haunt America ever, nope!)

"The point is this! Reagan acted, no matter what the fuck was going to happen!" cried Stewart, who then took a jab at both Fox and President Obama. "Not like old President-sits-on-his-hands, content to do nothing but fire hellfire missiles into foreign countries and arm Syrian rebels and bomb Libya -- you know, passive stuff."

Now that the Putin-backed Ukrainian leader is out, Stewart proposes another theory for Ukraine's revolution: It was supported by Reagan's ghost. "There's no other explanation!" Stewart yelled.