What "pause"? Extreme heat is on the rise 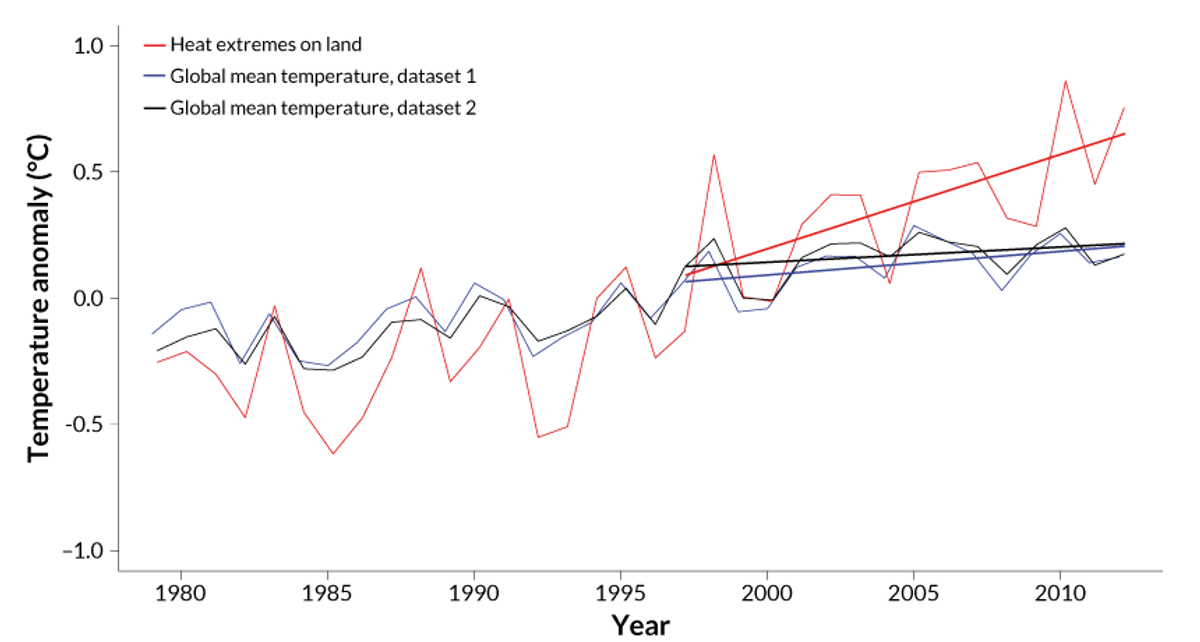 Climate deniers love to talk your ear off about the so-called global warming pause: Why is it, they ask, that even as we've pumped more and more greenhouse gases into the atmosphere, the rise in temperature has managed to slow over the past 15 years?

They're right that global warming appears to be slowing, but wrong about everything else. The extra heat isn't going away, it's just been hiding, mostly in the oceans. It's helped along, new research has shown, by powerful Pacific trade winds. Volcanoes, by spewing out ash that blocks incoming energy from the sun, have a role to play as well -- as does atmospheric pollution. And a new study demonstrates that, even as overall global temperatures appear to have been slowing, hot weather extremes have in fact been on the rise.

"Observational data show a continued increase of hot extremes over land during the so-called global warming hiatus," scientists in Switzerland, Australia and Canada wrote in the journal Nature Climate Change.

...Wednesday's report found that the area of the world's land surface with 10, 30 and 50 extreme heat days a year had risen since 1997 from a 1979-2010 average, sometimes more than doubling, with big swings from year to year. Strongest gains were in the Arctic and mid-latitudes.

It was unclear why heat extremes had continued rising despite the hiatus. One possibility was that the oceans had soaked up heat from the atmosphere and slowed overall global warming, even as the land had been exposed to extremes.

And not only is there no true pause, the researchers told Reuters, "There is no reason to expect the (trend towards more hot extremes) to stop."