When America's the villain: Cold War scheming on "The Americans"

The series takes a dim view of the FBI and, to some degree, the whole 1980s United States 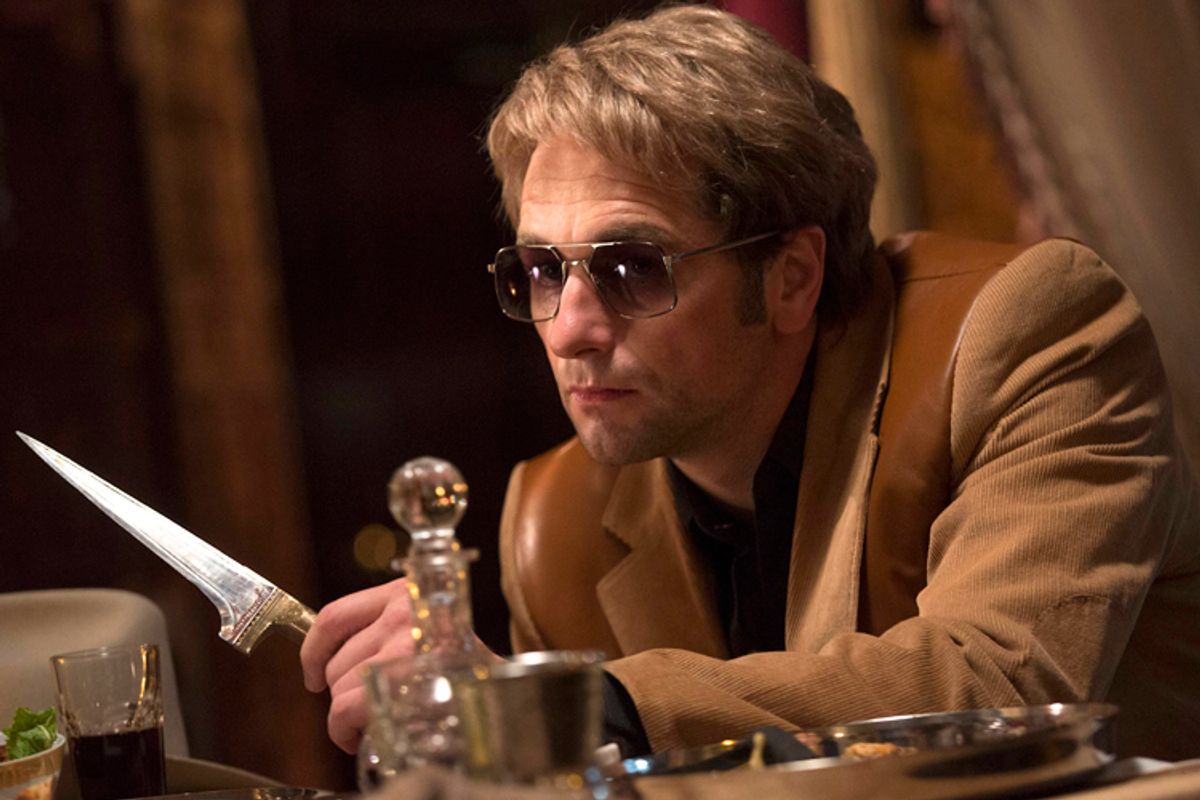 FX’s espionage thriller “The Americans” resumes tonight, and, as I just spent the weekend blasting through Season 1, allow me the chance to geek out utterly for a moment. Don’t worry, I’ll try to dodge spoilers like spies do two-man tails.

Season 2 kicks off with Elizabeth Jennings (Keri Russell) recovering but cowed by her brush with death. On her first mission back, we see the physical scar left by an FBI bullet, but the mental wounds are only beginning to materialize. Said mission also introduces us to the wider world of Directorate S. We knew there were other Russian cells, implanted and organized similarly to the Jennings, but we had not witnessed them in action until now.

A reunion with such extended family prompts Phillip Jennings (Matthew Rhys) and Elizabeth to regroup their own little brood, but such heartwarming efforts can hardly eradicate the threat of violence and exposure inherent in their work. This episode reminded me of some of the best installments of “The Sopranos” wherein the contrast between family life and a life of danger and deception is stark and troubling. "The Jennings Go to the Fair" does not pack the narrative shockwave of Tony taking Meadow to look at colleges. But the effects will likely reverberate through Phillip and Elizabeth’s parenting for the rest of the season at least.

Character-wise, it’s a joy to watch Nina (Annet Mahendru) grow from a babyface thrall under the thumb of powerful, lustful men into a worthy double agent, new desk, new hairstyle and all. Certainly, she’s still beholden to the Rezidentura and – thanks to the revelation of her betrayal – all of glowering Mother Russia. But, judging from the relative ease and agency with which she flipped on her FBI handler Stan Beeman (Noah Emmerich), I’m willing to bet she’s planning an impressive, self-serving play for the future.

It took me some time to really get into “The Americans.” The pilot was bloated. The cinematography is, I believe, deliberately bland. But the acting – particularly that of Rhys, Emmerich, Mahendru and the spectacularly dead-on Lev Gorn – is subtle and convincing.

It’s also difficult not to appreciate “The Americans” as a product of our time. This is a program on American television in which the protagonists are spies on U.S. soil – operatives lying in wait just outside of the White House. Sure, they often find themselves in the admirable position of preventing some sort of tragedy or overreaction on the part of their jittery government. But that doesn’t negate the fact that their presence alone is a specific threat to American national security. And, unlike the mafia dons and mavens of “The Sopranos” or early Walter White whose criminal enterprise was born of a desire to see his loved ones cared for, Phillip and Elizabeth’s primary allegiance is arguably not to their children or their family. There allegiance is to their country – ostensibly our enemy. It would seem a challenge to make the duo empathetic.

But “The Americans” is set in the '80s. The country the Soviet Jennings are icily at war with is one many modern-day Americans also find quite a bit of fault with. Phillip and Elizabeth are suburbanites who have been in America since the '60s. While they're financially comfortable at the moment, their respective pasts in Russia – of which they are not allowed to speak – undoubtedly inform their perception of this country’s wealth gap, not to mention its civil unrest. Defection is a recurring theme on the show, but no one, socialist or not so much, ever seems to agree on whether it’s really a good idea.

It would be a gross exaggeration to say that Reagan is cast as a villain in “The Americans,” but his picture does hang on the wall in the FBI offices. And the FBI is depicted as a cadre of scheming bureaucrats about as desperate and manipulative as the KGB. Both agencies appear woefully inadequate to the task of keeping their respective superpowers cool and home fronts calm. Under these circumstances, the show’s creators seem to be saying, why not entrust global peacekeeping to a well-meaning couple from Moscow, by way of the Beltway?