It's not as crazy as it sounds, they insist 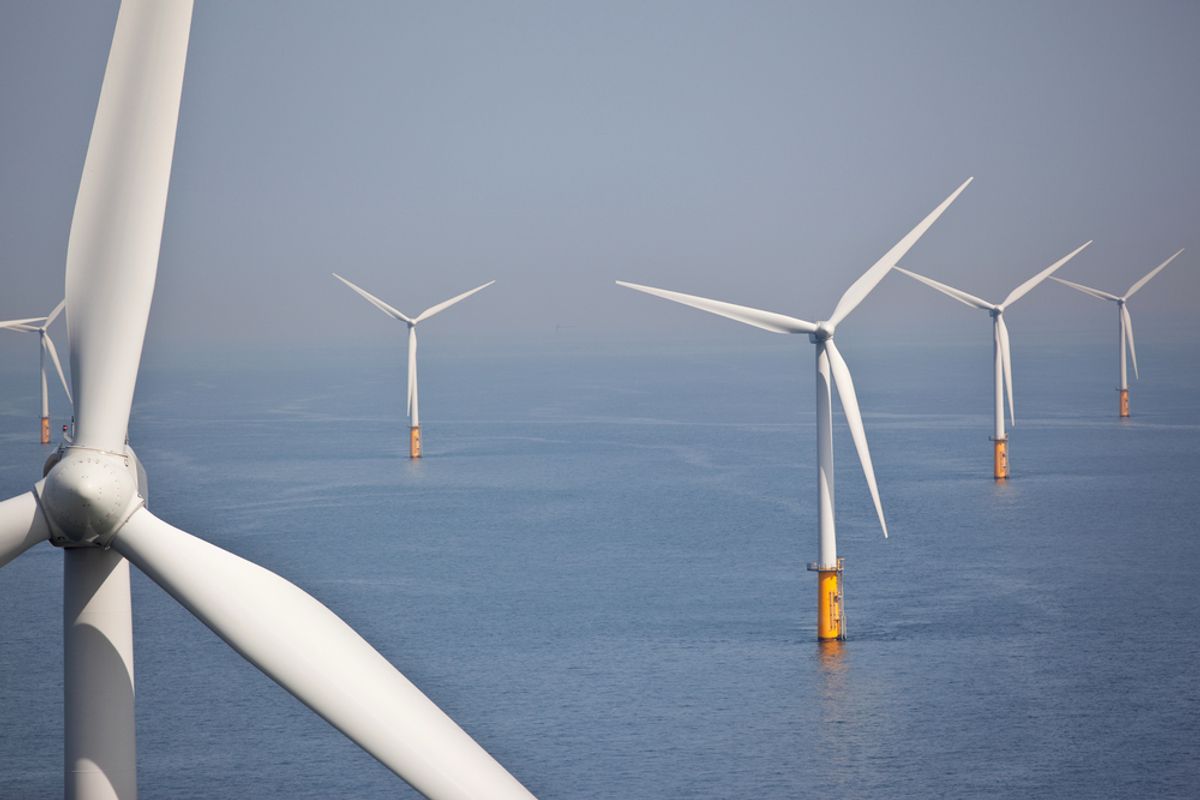 Unless you're a bird, or Donald Trump, there are plenty of reasons to be in favor of wind turbines: they provide cheap, renewable energy without contributing to climate change. On land, they're America's fastest-growing energy source.

And plant enough of them along the coastline, say researchers at Stanford and the University of Delaware, and they could also be our first-line defense against hurricanes.

They believe that platoons of oceanic wind turbines could diminish wind speeds and wave heights, as well as lower the kind of tidal surges that preceded the ultra-destructive Typhoon Haiyan. As one of them asserts: "The little turbines can fight back the beast."

The team came to this conclusion using a climate model to simulate how hurricanes Katrina, Sandy, and Isaac would move through vast fields of tens of thousands of turbines. They found that the machines would parasitically suck energy from the hurricanes' edge, causing a chain reaction in which slower winds would circle toward the storm's eye. This process hinted at major decreases in wind speed – a drop of 87 mph for Sandy, 92 mph for Katrina – and a 34 and 79 percent reduction in flooding for both storms, respectively.

Deploying armies of turbines that would be much larger than any wind farm existing today would be expensive. But unlike the cheaper option of building seawalls to mitigate flooding, the researchers say, the farms would help minimize wind damage and provide additional green benefits like reducing society's fossil-fuel dependence. And best of all is that the turbines supposedly could keep doing their energy-producing work even as a hurricane mowed over them.

That's like two great services for the price of one, even though it'd probably mean sacrificing some scenic views. In any case, Climate Progress points out, right now we don't have the offshore wind turbine capacity to stop even a gentle breeze:

Wind turbines start to pay for themselves when they provide power. The problem with any plan to dramatically expand offshore wind in the United States is that there are currently zero real offshore wind turbines installed in American waters. Plans have been in the works for years, and there has been some progress on auctions and leasing recently, but the fact remains that the rest of the world is leaving the U.S. far behind in offshore wind.

...Building one offshore wind turbine has so far been too much for the U.S. Around 200 are slated to be built in the Texas and Massachusetts wind farms that are closest to reality. Thousands of turbines would be a huge lift, and tens of thousands stretch the bounds of current credulity.