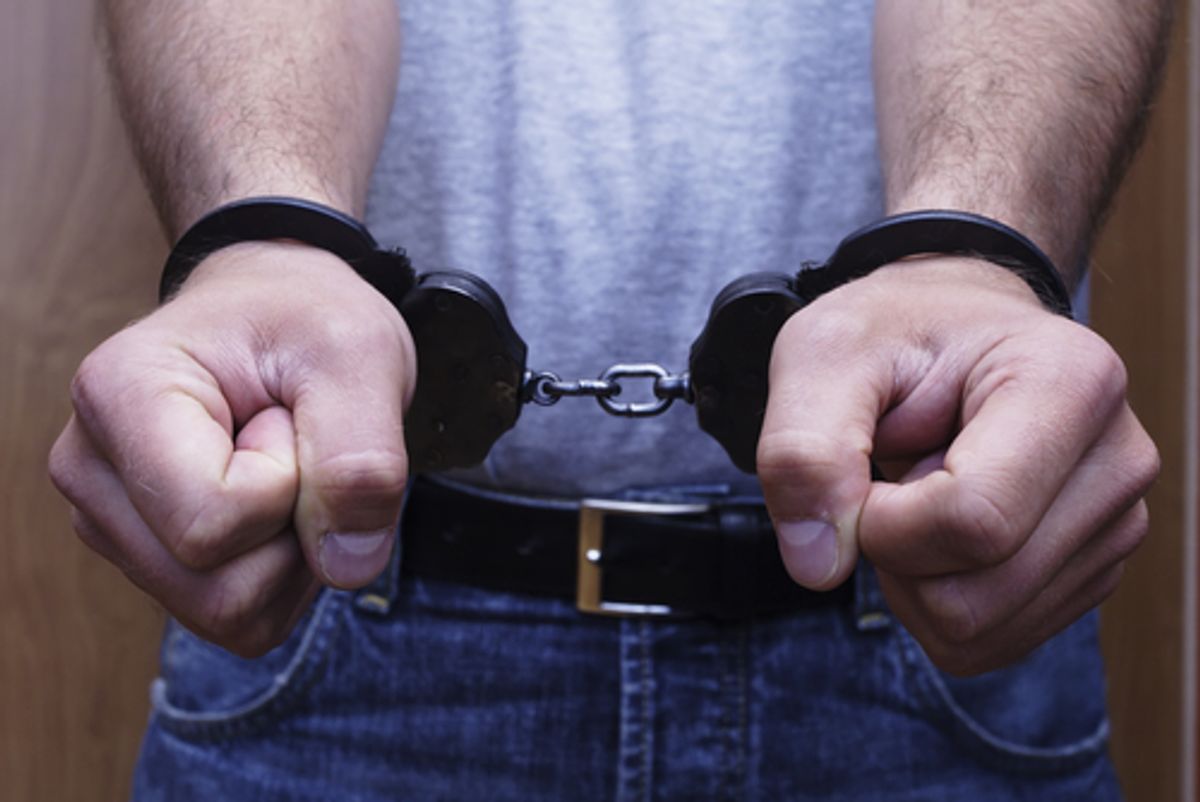 White robes, hoods, a makeshift pulpit in the basement, an 8- to 10-foot-high cross in the yard and numerous pieces of white supremacist, anti-government and Christian Identity literature.

Those are among the items discovered by investigators from the Boone County Sheriff’s office when they raided the rural Arkansas home Monday morning of a 61-year-old man wanted for drug offenses and sexual assault allegations involving a 13-year-old girl.

The man, Floyd Melton Lewis, was taken into custody at about 10 AM at his home just outside of the tiny town of Zinc, Ark., the headquarters of the Knights Party, once among the largest Ku Klux Klan groups in the country.

But the Harrison Daily Times, which first reported the raid and arrest, said investigators told the paper that Lewis was not associated with the Knights Party.

Lewis has a telephone number listed in his name for the Ku Klux Klan, LLC. Today, the number went straight to voicemail, which directed callers to a website where KKK paraphernalia could be purchased.

The Boone County sheriff, Mike Moore, told Hatewatch today that his department was initially asked several days ago to assist the Arkansas State Police investigating a crime against children case. A tip had come in, according to the Daily Times, that Lewis was growing marijuana in his home, selling prescription medications and allegedly taking naked pictures of the 13-year-old.

Sheriff Moore said investigators removed the girl from Lewis’ home last week. “She was taken to safety,” the sheriff said. Lewis, however, was not arrested at that time.

“We felt there was enough,” Moore said, “and decided to pay him another visit.”

The Daily Times reported today that the girl told investigators that Lewis believed the government might have planted listening devices on them – the girl and Lewis’ wife – “so he would physically inspect them.”

The sheriff said he did not know the relationship between Lewis and the girl. He said investigators also removed computers and other equipment from the home and sent them to a crime lab for analysis. Lewis’ wife was also taken into custody but no charges had been immediately filed.

“The investigation is ongoing,” Moore said.

Lewis remained in custody late Tuesday morning on a $50,000 bond, according to the sheriff. Lewis was charged with manufacturing marijuana, simultaneous possession of drugs and firearms and second-degree sexual assault.

The Daily Times reported a large quantity of Christian Identity material was found in Lewis’ home, along with a pulpit in the basement where he apparently preached the racist gospel. Christian Identity refers to a radical theology that describes Jews as biologically descendants of Satan and people of color as soulless “mud people.”

Investigators also discovered a photograph of hooded Klansmen gathered around a burning cross.

In the yard, the sheriff told Hatewatch, was an 8-to-10 foot cross. It appeared to have been constructed out of metal pipe and was wrapped in burlap.

The burlap was charred.