I lost my dad to Fox News: How a generation was captured by thrashing hysteria

Old white people are drowning in despair and rage. Here's how my father lost his mind -- thanks to his cable diet 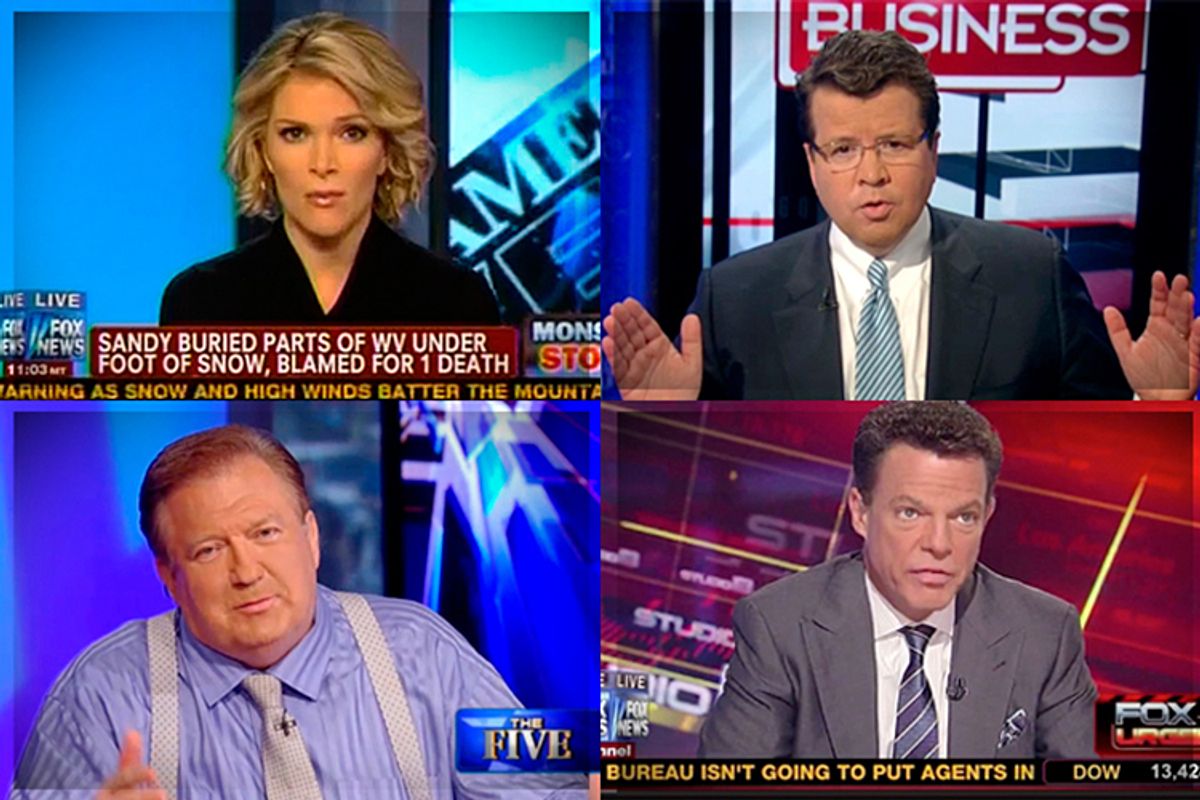 Old, white, wrinkled and angry, they are slipping from polite society in alarming numbers. We’re losing much of a generation.  They often sport hats or other clothing, some marking their status as veterans, Tea Partyers or “patriots” of some kind or another. They have yellow flags, bumper stickers and an unquenchable rage. They used to be the brave men and women who took on America’s challenges, tackling the '60s, the Cold War and the Reagan years -- but now many are terrified by the idea of slightly more affordable healthcare and a very moderate Democrat in the White House.

We’re losing people like my father to the despair of Fox News, and it’s all by design.

My dad is 67 years old, a full year younger than the average Fox viewer, who is 68, according to an analysis in New York magazine by columnist Frank Rich. I’ve read accounts of people my age — 40 or so — losing parents to cancer or Alzheimer’s, but just as big a tragedy are the crops of grandmothers and grandfathers debilitated by Fox News-induced hysteria.

I enjoyed Fox News for many years, as a libertarian and frequent Republican voter. I used to share many, though not all, of my father’s values, but something happened over the past few years. As I drifted left, the white, Republican right veered into incalculable levels of conservative rage, arriving at their inevitable destination with the creation of the Tea Party movement.

When I finally pulled the handle for Obama in 2012, my father could not believe how far I’d fallen. I have avoided talking politics with him as much as possible ever since. Last week, I invited him to my house for dinner with the express purpose of talking about politics and most especially his Fox News addiction. Since he retired, he only watches Fox. As we started chatting up politics, I repeated one mantra over and over: “Please, please, consume another source of information.” I repeated my plea a dozen times. He defended with stridency his choices, citing his favorites, like Stuart Varney, "The Five" and the great Charles Krauthammer. When it came to any other source of information he was emphatic.

“I don’t care to see any more of that liberal bullshit,” he said in one form or another all night.

We rehashed some issues, starting with his absolute skepticism about global warming and evolution. “Science and religion are the same thing,” he said.  And, “We didn’t come from a fucking monkey,” he added like he always does.

In real life Archie Bunker isn’t that cute. If he’s Archie, that makes me either Meat Head or Sallie Struthers (the very definition of lose-lose).

I’m overeducated in the humanities, so I’m an imperfect ambassador for science. I respect scholarship, peer review and the scientific method. When I tell my dad he should believe the experts in climate science, he gets really mad.

“Global warming is your religion,” he says. Because I’m an atheist, calling me religious is the worst insult he can summon, so he uses it often.

My father sincerely believes that science is a political plot, Christians are America’s most persecuted minority and Barack Obama is a full-blown communist. He supports the use of force without question, as long as it’s aimed at foreigners. He thinks liberals are all stupid, ignorant fucks who hate America.

I don’t recall my father being so hostile when I was growing up. He was conservative, to be sure, but conventionally and thoughtfully so. He is a kind and generous man and a good father, but over the past five or 10 years, he’s become so conservative that I can’t even find a label for it.

What has changed? He consumes a daily diet of nothing except Fox News. He has for a decade or more. He has no email account and doesn’t watch sports. He refuses to so much as touch a keyboard and has never been on the Internet, ever. He thinks higher education destroys people, not only because of Fox News, but also because I drifted left during and after graduate school.

I do not blame or condemn my father for his opinions. If you consumed a daily diet of right-wing fury, erroneously labeled “news,” you could very likely end up in the same place. Again, this is all by design. Let’s call it the Fox News effect. Take sweet, kindly senior citizens and feed them a steady stream of demagoguery and repetition, all wrapped in the laughable slogan of “fair and balanced.” Even watching the commercials on Fox, one is treated to sales pitches for gold and emergency food rations, the product cornerstones of the paranoid. To some people the idea of retirees yelling at the television all day may seem funny, but this isn’t a joke. We’re losing the nation’s grandparents, and it’s an American tragedy.

People talk about the imminent “death” of Fox News itself, because of an ever-aging demographic. Again, Frank Rich makes this case, but I think his argument is dubious. Certainly the audience is graying to oblivion, but it’s a cold comfort to those of us who watch our parents or grandparents drown in an incessant downpour of outrage. We will only see the “End of Fox News” when my father and his contemporaries die. I do not want to watch my father and his entire generation spend their remaining years enraged at utter nonsense.

My cohort, Generation X, is stuck between two generations of suffering Americans. The millennial generation is losing job opportunities and income as the nation stagnates. They put off marriage and buying homes. While white, Fox News-addicted baby boomers have lost their sense of hope. They’ve been passed over by shifting attitudes about gay marriage, the role of government and a host of issues. They still think of themselves as the “silent majority,” when in reality they are a wounded and thrashing legacy of white hegemony. My parents' generation is becoming fragile antiques, relics by choice, reassured by Fox News that they are still the only voice that matters.

I, and people like me, have managed to break the cycle of conservative red-and race-baiting. I’ve noticed similar attitude shifts among some of my close friends, who have likewise drifted from the televised rage of our fathers. I only wish I could do something to ease the anxiety of those I love, an emotion that is a cash cow for exploitative right-wing commentators. But I have no real solution, other than to turn off the television. Sadly, for some of the nation’s elderly, they seem to have no desire whatsoever to rethink the politics of fear and Fox News. It’s a criminal waste of retirement.