Gov. Jan Brewer vetoed the law, but the "Daily Show" host still has some strong words for her state 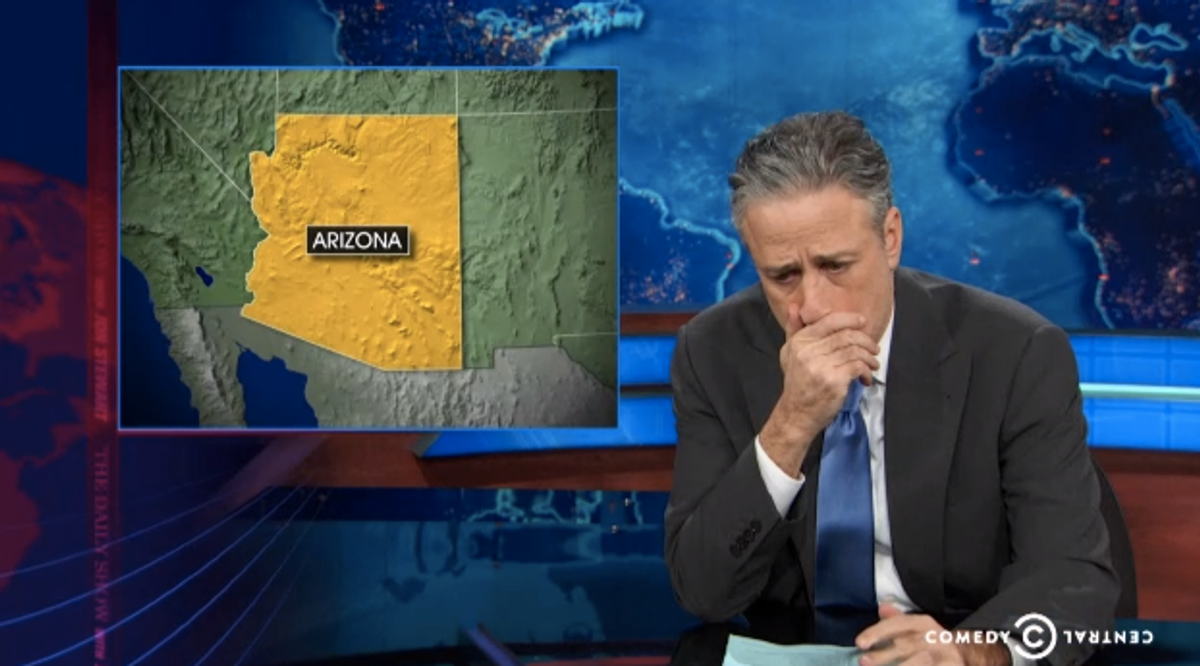 "Arizona, I'm going to say something to you, with all due respect. Right here, right now," said "Daily Show" host Jon Stewart on Wednesday night, launching into a segment about the state's eagerness to refuse service to gays. While Gov. Jan Brewer ultimately vetoed the anti-gays bill, Stewart had a message for the state, which has an ultra-conservative record on voter ID laws and immigration as well. "If you had your attitude in Seattle's weather, you would be the world's largest used condom and nuclear waste dump."

Calling the law "morally repugnant," Stewart sounded off on Arizona's lawmakers and even some of the bill's critics, who said only that the bill could be bad for tourism and the state's economy. At least the Arizona Super Bowl host committee stood up for gay people! "This is where you are now, Arizona. You've made yourselves too homophobic and dickish for professional football," said Stewart.