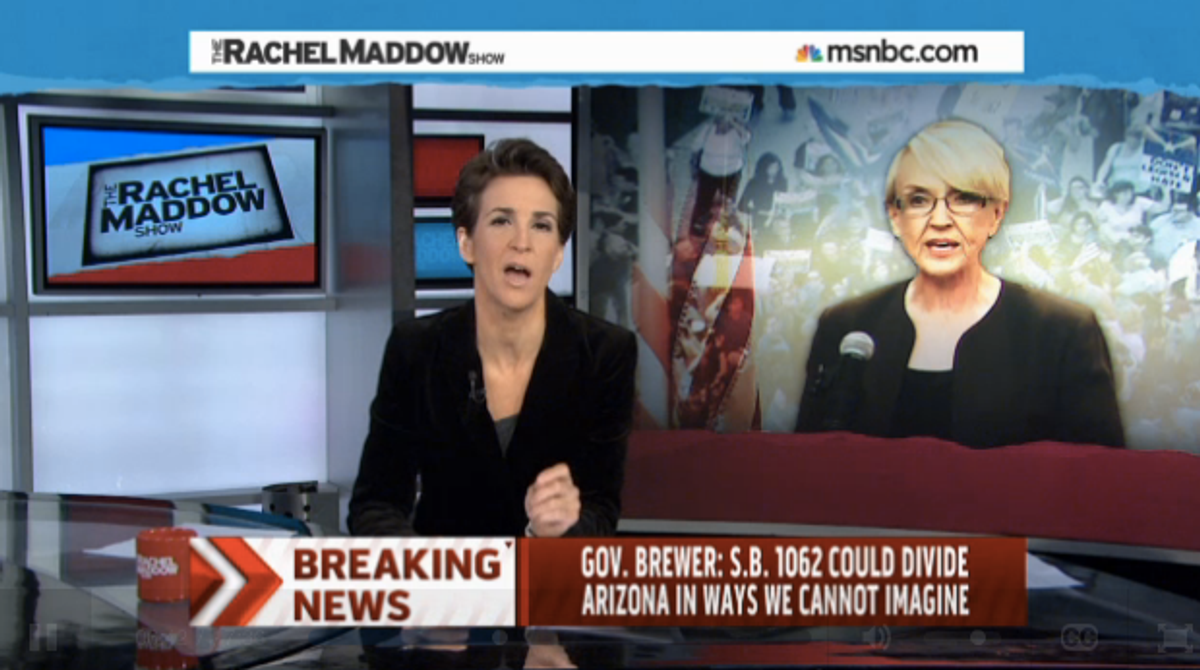 Rachel Maddow weighed in on Gov. Jan Brewer's veto of Arizona's anti-LGBTQ discrimination measure, arguing that, “When Governor Brewer made this veto announcement tonight, she was essentially standing astride the chasm in the Republican Party and in the conservative movement on this issue."

“The reason she made [the economic impact of the proposed law] central to her veto message is presumably because of the kind of pressure that was brought to bear against the bill, once it got to her desk,” Maddow said. “It wasn’t just proponents of gay rights and civil libertarians who were against this thing.”

What could this mean for similar measures advancing in at least a dozen state legislatures? Maddow asks if the same business interests and other pressures will be brought to bear against those bills.