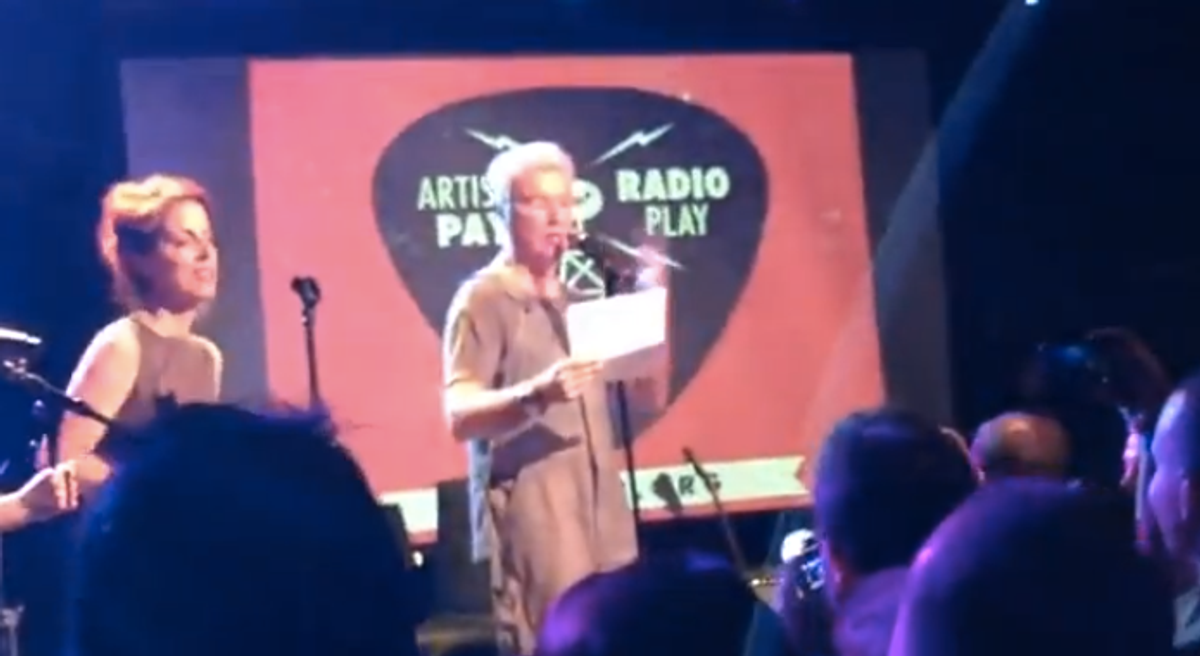 The advocacy group is trying to increase awareness of U.S. radio play laws, which it is currently petitioning Congress to change. Wednesday night's concert focused on a law that allows only the songwriter -- and not the performer -- to receive royalties for songs played on the radio.

Byrne, also an open critic of streaming music services, ended the evening with a wonderful rendition of Biz Markie's "Just a Friend."

In a Feb. 24 email announcing the performance, Byrne wrote, "Mr. Markie didn't write that tune (although he did probably write the rap). The drum and keyboard loop was lifted from a Freddie Scott recording, but the song was written by Gamble and Huff, the great songwriting team that wrote for The O'Jays and The Spinners. So chances are Biz Markie didn't see any royalties from all the radio play that song got."