You can now visit polar bears on Google Street View

Gorgeous panoramic images capture the animals in the wild 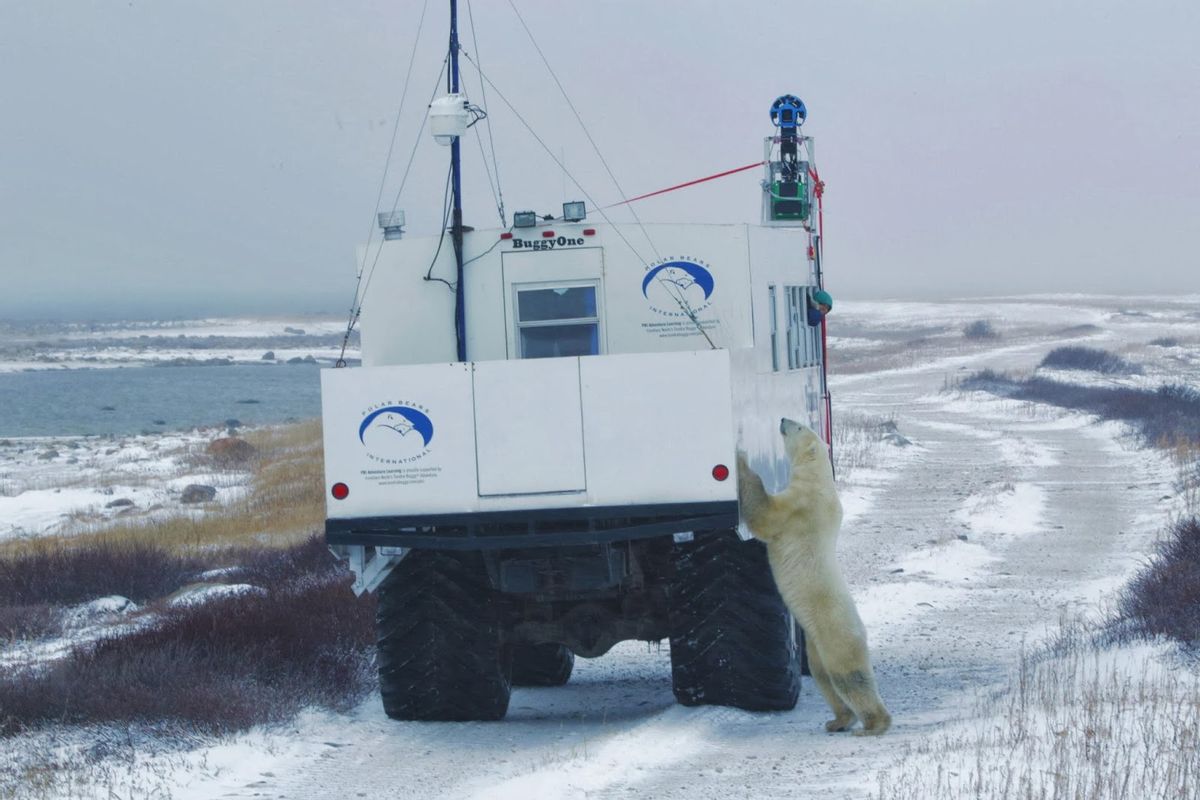 Happy International Polar Bear Day! In honor of the occasion, Google took its Street View Trekker up to Churchill, Manitoba, the so-called polar bear capital of the world. Over on Google Maps, you can scroll through a collection of panoramic images taken last October and November -- part of the fun is taking time to try to spot the bears amid the snowy scenery. (If you're short on time, you can check out a highlight reel below.)

The remote corner of Hudson's Bay, Google explains, is the ideal location not just to go bear watching, but to see the effects of climate change firsthand:

...This quiet town, set on the shores of western Hudson Bay, is a place where polar bears and humans coexist until the sea ice forms and the polar bears can travel on to the bay to hunt seals, their main prey.

During the warmer months, the polar bears are forced ashore by melting ice. While climate change may seem like a gradual process, often difficult to discern, the impact is real and evident in the polar bear capital. In Churchill, climate change has shortened the time that the bay remains frozen, reducing the polar bears' hunting season by approximately four weeks.

And over at Google's blog, there's more on what they, in partnership with Polar Bears International, are hoping to do with the project:

...PBI has been working in this region for more than 20 years, and we’ve witnessed firsthand the profound impact of warmer temperatures and melting sea ice on the polar bear’s environment. Understanding global warming, and its impact on polar bear populations, requires both global and regional benchmarks. Bringing Street View to Canada's tundra establishes a baseline record of imagery associated with specific geospatial data—information that’s critical if we’re to understand and communicate the impact of climate change on their sensitive ecosystem. As we work to safeguard their habitat, PBI can add Street View imagery to the essential tools we use to assess and respond to the biggest threat facing polar bears today.