Now when is the NFL going to address its problem with violence against women? 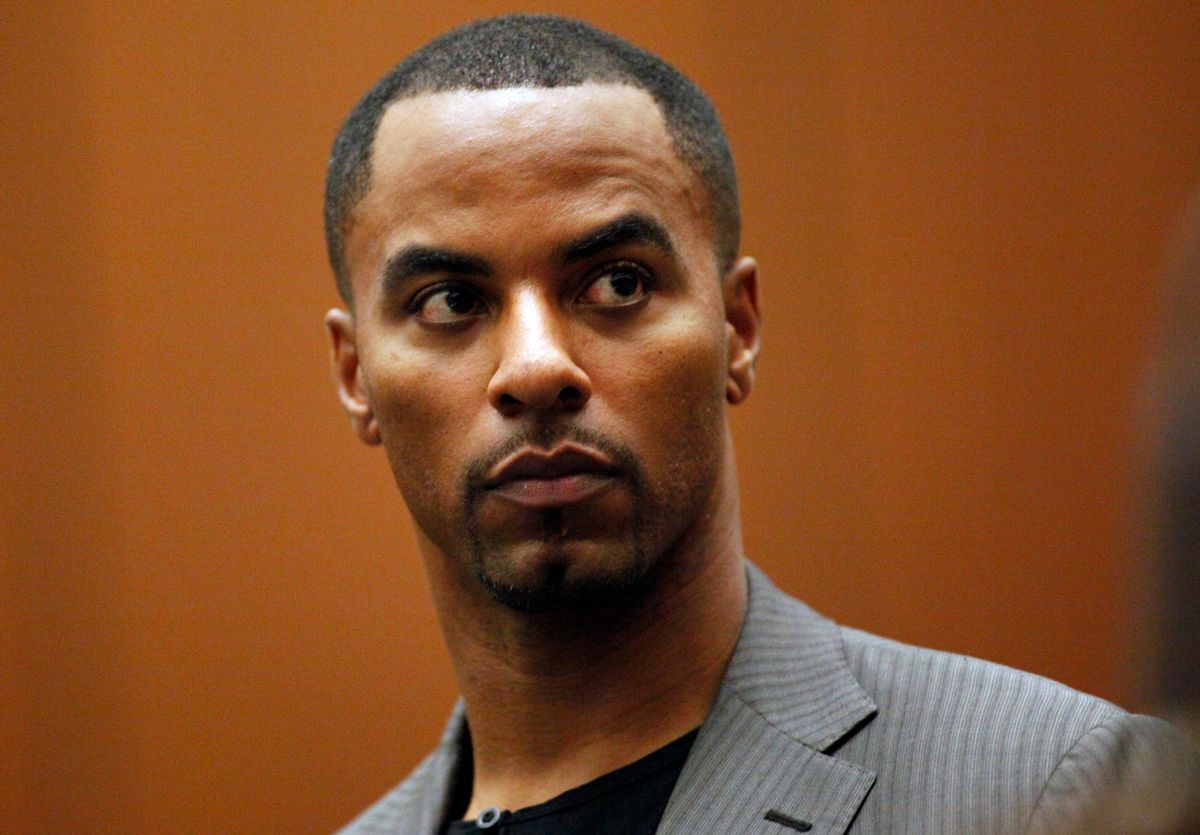 As CNN reports, Los Angeles police have confirmed the arrest, but have not provided other details.

“Last week, investigators learned that not one, but two women were allegedly sexually assaulted by Sharper in the same apartment the night of September 23rd [2013],” reads a press release from the New Orleans Police Department. “New information uncovered also indicates that [Sharper associated Erik] Nunez also allegedly raped both women that night at the same location.”

Sharper faces seven felony counts in California, including two charges of rape from October 2013 and January 2014. Since retiring from the New Orleans Saints, Sharper has continued to work for the NFL Network.

The news comes less than a week after video apparently showing Baltimore Ravens running back Ray Rice dragging his unconscious fiancée Janay Palmer out of an elevator was released to the pubic. Police are also reported to have video evidence of Rice physically assaulting Palmer, but as recently as last week, Ravens coach John Harbaugh said he expects Rice to remain with the team.

"I haven't seen anything that would remotely make me think that [Rice wouldn't remain with the Ravens]," Harbaugh said after the elevator footage was released.

These are hardly the only two incidents of domestic and sexual violence allegedly perpetrated by NFL players, and Harbaugh is hardly the first coach or league official to excuse, condone or ignore such violence. It's clear the NFL has a problem. What's less clear is what the league intends to do about it.

As Dave Zirin at the Nation asks, "Both the Sharper and Rice stories raise a blaring question: at what point do the NFL and Commissioner Roger Goodell confront the constant, haunting league-wide presence of violence against women?"

Zirin also points out that the NFL investigation that exposed the "pattern" of racist and homophobic harassment perpetrated by Miami Dolphins guard Richie Incognito against teammate Jonathan Martin and others also revealed Incognito's serial misogyny. Incognito boasted in text messages about his attitude about bitches,” “hooker parties” and “strippers who go the extra mile.”

While it's understandable that much of the coverage of the report would focus on Incognito's harassment of Martin, it is also telling that these remarks didn't register as an outrage. Perhaps because we have normalized this kind of disdain for women from male football players.

The NFL was applauded this week for taking a position against anti-LGBTQ discrimination in Arizona by making a soft threat to pull the Super Bowl out of Phoenix over SB 1062. In the statement, NFL spokesman Greg Aiello said that the NFL's policies "emphasize tolerance and inclusiveness and prohibit discrimination based on age, gender, race, religion, sexual orientation or any other improper standard."

The NFL's policies have clearly done very little to address the racism, homophobia and misogyny that plagues its culture, but the threat was, in the most cynical terms, a smart press move that reflects a profound image consciousness on the part of NFL executives.

But these execs have not adopted the same pose of accountability when it comes to Sharper and the league's broader problem with violence against women. The question, then, is how much longer they can get away with such indifference.

"I have no idea why an NFL and a commissioner that is so acutely image conscious does not see how bad this looks. It looks like the league turns a blind eye and shrugs its shoulders, as if violence against women is little more than 'boys will be boys,'" Zirin writes. "It looks like they believe that the stink of stories like Darren Sharper’s will not waft into their boardrooms. It looks like they do not care. Roger Goodell needs to read the arrest report for Darren Sharper and admit that this league has fostered, and not fought, a football culture that sees women as collateral damage."