The comic livened up an otherwise slow season opener. But "The Celery Incident" is still to come 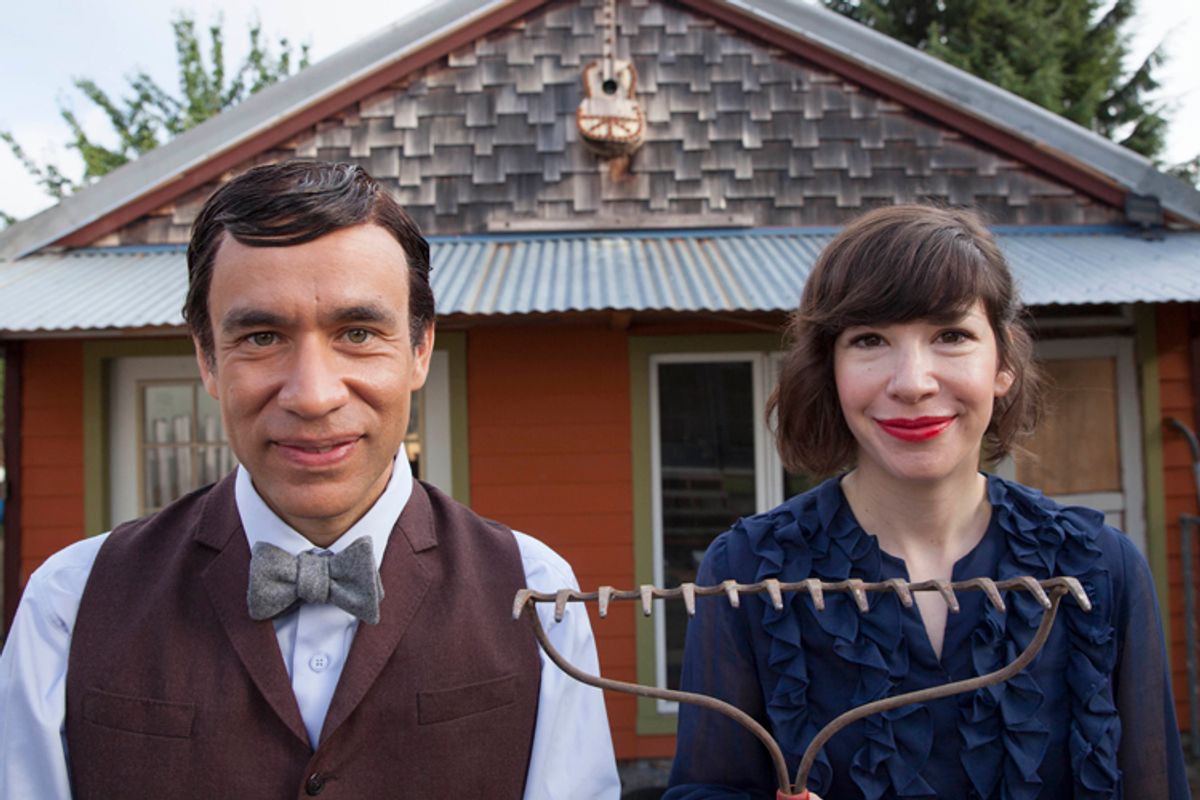 Last night, the fourth season of "Portlandia" got off to a bit of a slow start. The opening sketch, featuring Kirsten Dunst as a homeowner hounded by a couple of contradictory ghosts, stretched a modest joke too far. Two lovebirds deciding to join their finances for better or worse was a stronger premise, but the segmented bit just didn't maintain the laughs through all its parts.

I did love guest Kumail Nanjiani as the "Date Fact Checker," a great candidate for a recurring character. A mostly earnest 30-something male lying to a potential mate about liking the movie "Juno" is such a perfectly "Portlandia" gag. Also, I've always appreciated the way the show doesn't so much skewer modern society as poke at it from odd angles. Last night's riff-turned-rom-com on the most analog of viral marketing campaigns was cute and timely -- "Her," anyone?

Still, if the episode as a whole left you dispassionate, it may simply be because you -- like me -- had previously watched "The Celery Incident." This epic excerpt from some upcoming episode has all the hallmarks of a great "Portlandia" sketch: An awesome guest well cast (Steve Buscemi!), fine acting, a theme, palpable awkwardness, and a story that keeps you guessing. Bonus points for effectively merging "Glengarry Glen Ross," "Indecent Proposal" and the produce marketing industry. One point deducted for not opening the season with this gem:

As a side note: Just last night, a server at a posh bistro tried to sell me a plate of brussels sprouts laced with bacon. Bill, you are a genius.