“Instead of fearing sexist attacks, we wait gleefully for the next one,” says one Democratic strategist 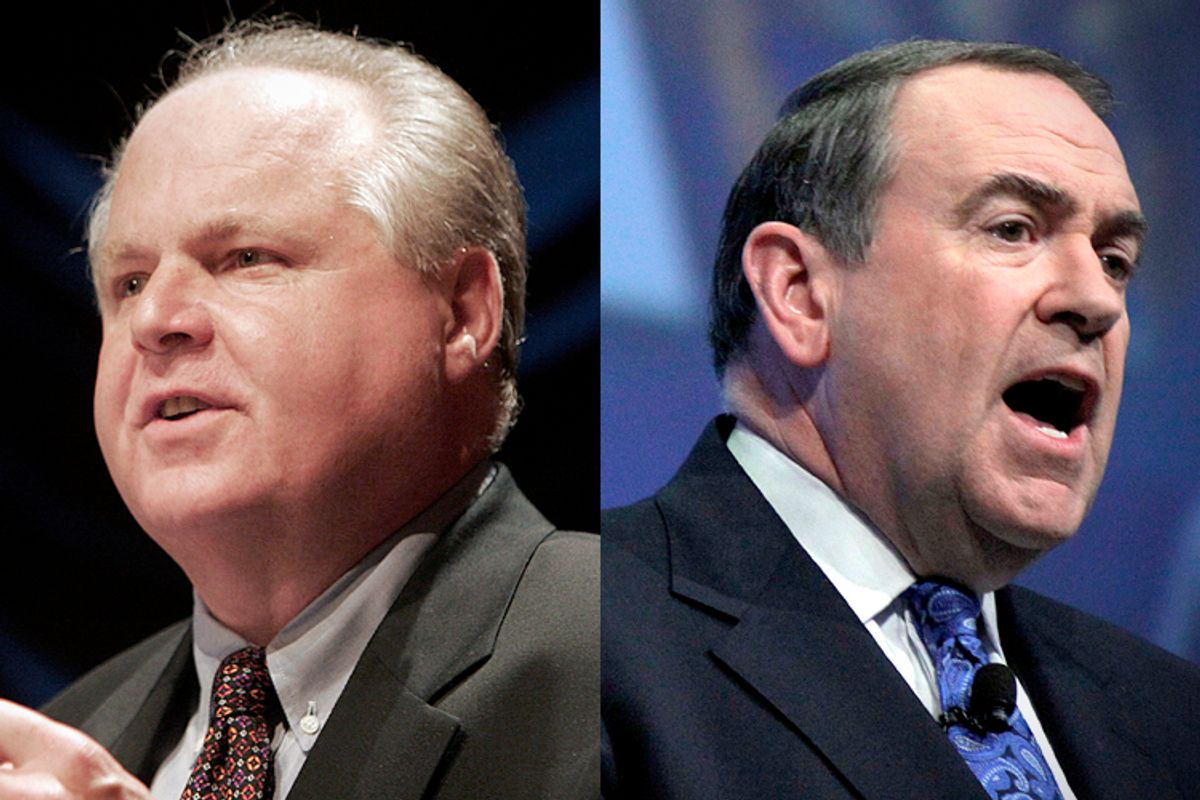 Republican misogyny has turned out to be a very effective fundraising tool for Democrats, even if it is basically ruining the country.

As Amy Chozick at the New York Times points out, in just the last few months, Republicans have called Wendy Davis "Abortion Barbie," compared Kentucky Senate candidate Alison Lundergan Grimes to an "empty dress," and referred to pregnant women as "hosts." But rather than ignore these comments, Democratic fundraisers from organizations like Emily's List have begun collecting them like trinkets and deploying them in campaign materials to stir up progressive voters and solicit donations.

“Instead of fearing sexist attacks, we wait gleefully for the next one,” Jen Bluestein, a political strategist and Emily’s List alum, told the Times.

The fundraising strategy has proved effective; Emily's List has raised a record $25 million this election cycle alone and grown its membership by 1.5 million over the last two years.

Republican strategists resent this cycle of capitalizing on Republicans' apparent inability to stop acting like such misogynists much in the same way they resent the staying power of the "war on women" meme, probably because both seem to be working so well.

“I’m more than just a set of reproductive organs and I’d like someone to talk to me about how they’ll help my pocketbook and keep my health care plan that I like, and Democrats don’t have a good response to that,” Katie Packer Gage, deputy campaign manager for Mitt Romney in 2012 and co-founder of Burning Glass, a Republican consulting firm aimed at attracting women voters and candidates. “If I were them, I’d want to turn it into ‘Abortion Barbie,’ too.”

What Gage doesn't address is the fact that no Democrat has ever forced a member of the Republican Party to say something demeaning or ignorant about women or reproductive rights. They do that all on their own.

And while the sound bites about "legitimate rape" may do the heavy lifting when it comes to fundraising, this strategy also identifies and exposes politicians whose votes line up with the content of their comments. The same men who are calling pregnant women "hosts" are also voting -- time and again -- to strip women of access to healthcare, the ability to vote without burdensome ID requirements, and the vital social services that are helping them support themselves and their families.

If GOP strategists would like to start talking about women as "more than just a set of reproductive organs," then they should send that message to the politicians who have made an assault on reproductive healthcare a central part of the party's platform. And if they want women to start seeing Republicans as the party who will talk to them about how they'll "help" women's pocketbooks, then they had better start explaining the GOP's positions on equal pay laws, Head Start, SNAP, Medicaid, paid family leave, and the other issues that directly impact women's financial and personal lives.